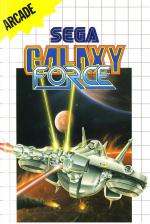 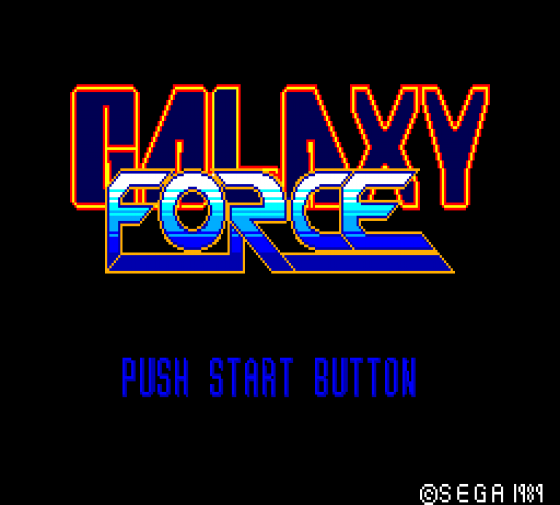 The original Galaxy Force arcade game was an early laser disk machine, and appeared back in 1983. However, by last year technology had progressed far enough to enable Sega to produce a sequel with similar gameplay and equally stunning visual and aural quality without the need of expensive and unreliable laser disk hardware.

And lo, Galaxy Force II was released - the most impressive game yet to appear from the Sega stable.

If you haven't seen the massive hydraulic coin-op, it's a 3D shoot-'em-up, almost like After Burner in an alien environment, but is far more complex than any of Sega's other big 3D coin-ops. 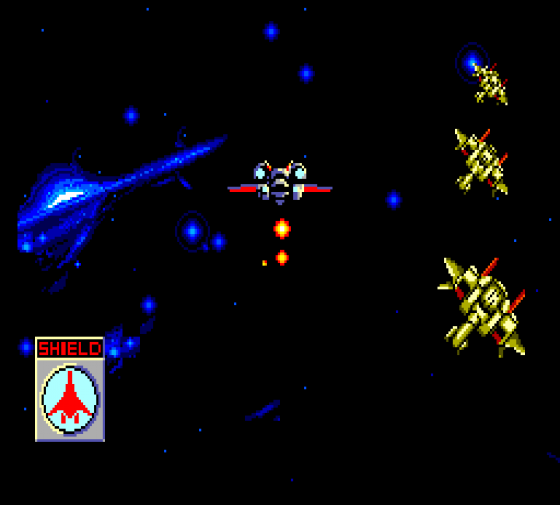 The player takes control of an attack craft and flies solo missions into four heavily defended enemy territories, one of which is selected at the start of play. Each level is different, and includes heavily policed space and three planet scenes - volcanic, arctic and densely vegetated.

The action is viewed from behind your attack craft, and alien fighters and hazards whizz by. The enemy are blasted in two ways, either by laser fire (tricky!), or by launching homing missiles at them when your automatic targetting system highlights an enemy object.

Whenever the craft is hit by enemy missiles, or runs into an object, its shield is depleted, shown at the bottom of the screen. Should the shield be entirely depleted, the craft explodes and the mission ends. 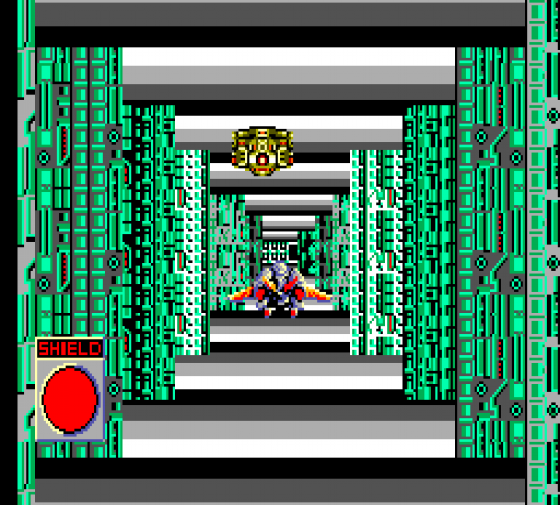 The objective on each level is to fly right into the centre of the enemy stronghold in that particular area. This is basically a heavily defended long and winding tunnel which you have to fly down. Warnings are given for imminent twists and turns - hit the sides of the tunnel and the craft's shield is severely diminished. If you manage to reach the heart of the stronghold and destroy the target at its centre, that level is deemed complete and you can choose the next scene.

The Galaxy Force II coin-op is an impressive beast, with one 16-bit and two 32-bit processors controlling all the graphics and sound. Cramming it all into a compatitively feeble Master System must have been a nightmare, but amazingly Sega have managed to do it. Obviously, corners have been cut, but overall the game has the atmosphere and playability of the arcade original.

Although four levels doesn't sound much, there's plenty to keep you occupied on each one, with loads of craft and landscape features to blast into oblivion. The gameplay is tough, but it's addictive and enjoyable and will doubtless keep blasting fanatics happy for weeks on end.

A brilliant conversion - if you're after an epic blast, look no further than this.

A tremendous conversion of the technically stunning coin-op that pushes the Sega Master System to its limits.

A tremendous conversion of the technically stunning coin-op that pushes the Sega Master System to its limits. 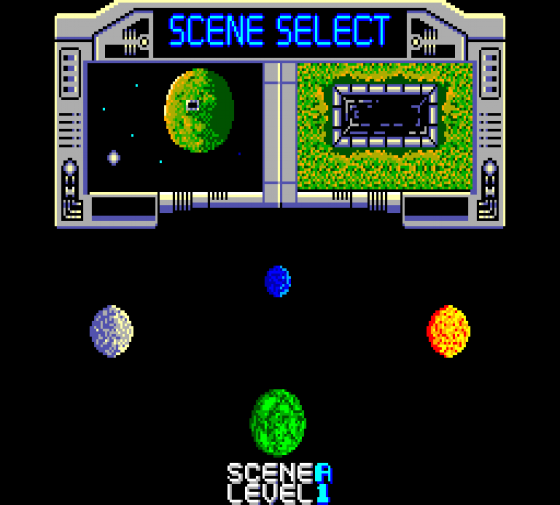 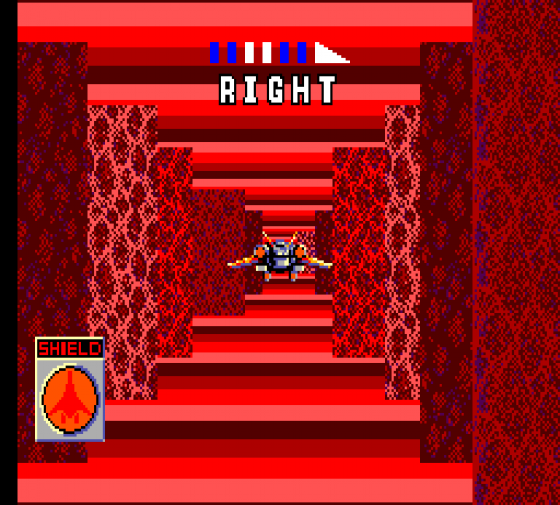 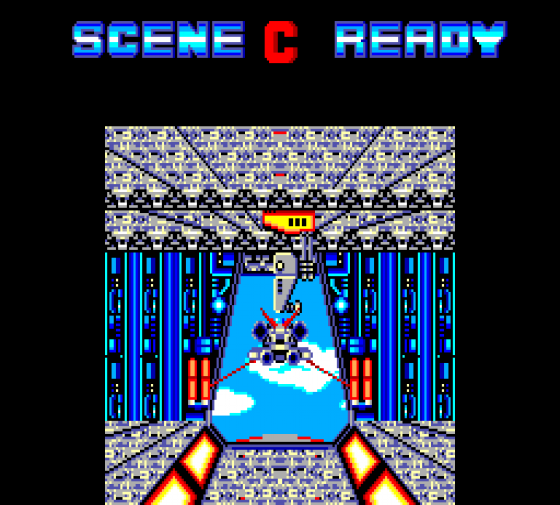 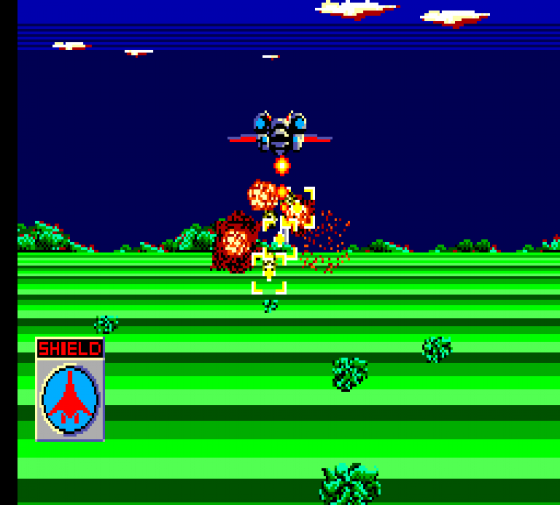 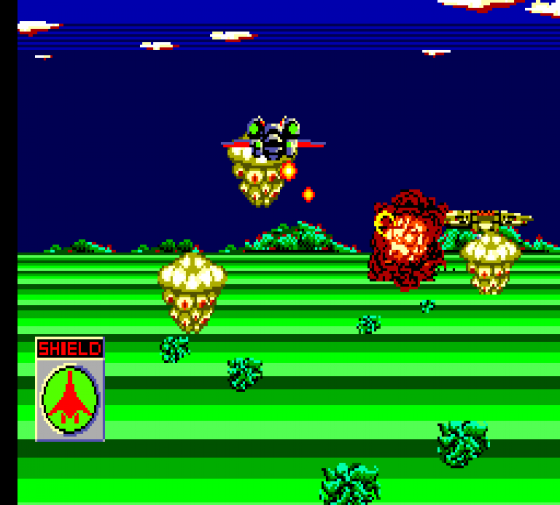 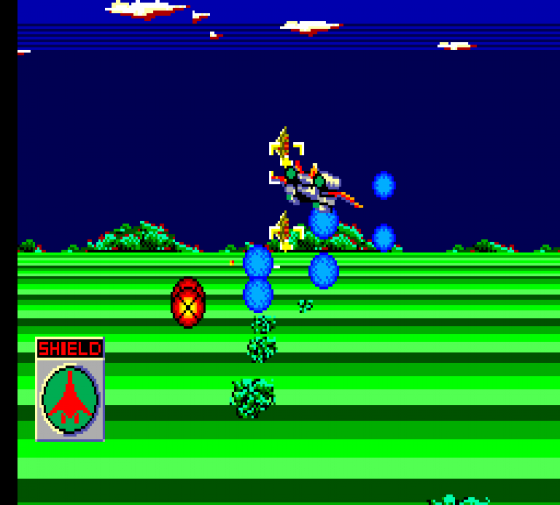 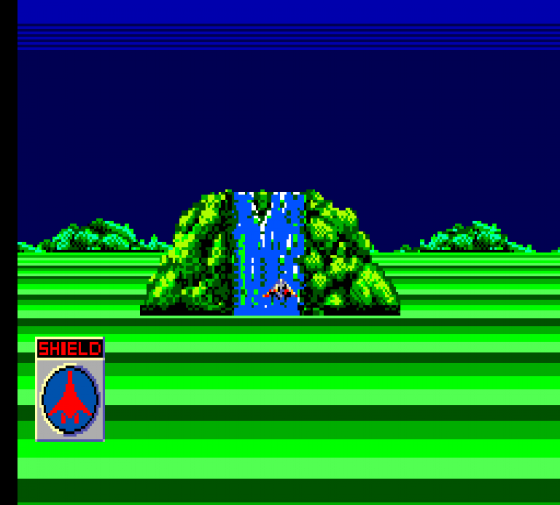