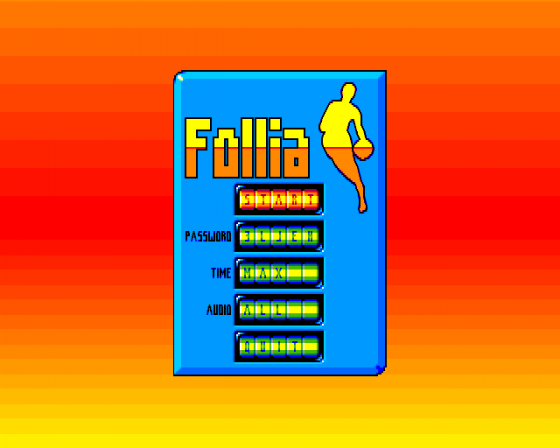 It seems like ages since the classic Amiga had a new homebrew game release and Follia NBA is proving to be popular amongst Amigans old and new.

When you think of puzzle games, I would imagine you would primarily think of cute Japanese-type games such as Bust-a-Move. Or Tetris, of course. The chances of you dreaming up a basketball-themed slidey-tile thing are remote (unless you've been checking out the screenshots on this page, in which case the chances of you imagining such a game are actually quite high), but that's exactly what we find ourselves with here. It's a bizarre idea, and surely one that wouldn't work. Would it?

And yet it does. Very well, in fact. The basketball element seems to be purely for decoration - Follia NBA (as the title doesn't suggest in the slightest) is a game where you have to put all the tiles scattered about the level together to create a picture - in this case, NBA team logos. Why the author chose this as the theme, I've no idea; he could be a really dull stamp collector and done a game based on stamps for all I care (no offence intended to any stamp collectors reading, by the way), it makes no difference.

Typically, these sorts of games are a lot easier to play than to describe, but I'll try my best not to make it sound complicated. The picture you have to create is displayed on the right, and using the keyboard, you have to move each individual tile to a space on the grid where the logo will fit, and then (obviously) put them into the correct order to get your picture and move onto the next level. Making things more interesting is the fact that each tile will move in the direction you specify until it hits either a wall or another tile, so you will often find yourself shuffling the position of a lot of different tiles to be able to get a particular one into its correct position. Then you have to make sure the entire logo will fit in the space you have chosen (not always obvious on the later levels), and it's all done against the clock, too. 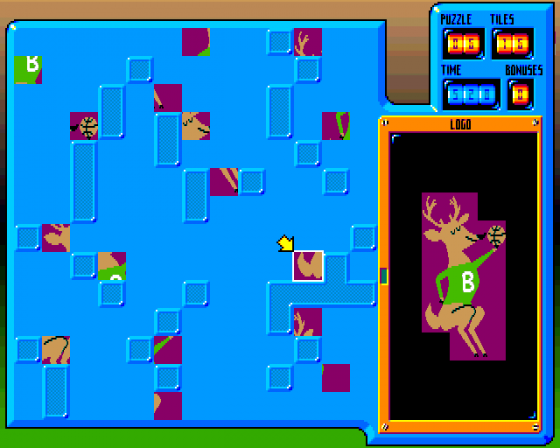 Now, I realise I've probably made it sound incredibly dull, but this isn't the case at all. It's easy enough to get the hang of, with a simple control system (which consists of cunning use of the space bar and arrow keys to select and move tiles) and the learning curve seems to be spot on - it's not too taxing the first few levels but after that the old grey matter will be working overtime, with more awkward logo designs, more tiles to shuffle around and more difficulty in putting them exactly where you want to. When you run out of time after almost figuring a puzzle out you'll be wanting one more go just to prove to yourself you can crack it. Yep, it's one of those - a game that has that "one more go" factor that all good puzzle games have. Despite not being the most action-packed game ever, it is compulsive.

It's not without its faults, mind you. The in-game text is needlessly small, to the extent it can be almost impossible to read sometimes. This means it's not always clear how much time you have left, and perhaps more importantly, the level codes are virtually indecipherable. The letters are so tiny it's hard to make out whether a letter is H, K or whatever, and numbers are used too which makes it all the more difficult. It's almost a game in itself trying to work out the passwords. Maybe this would look clearer on a good monitor (or under emulation) but certainly, on a TV you may as well let Stevie Wonder have a crack at reading them.

Also, most of the logos are quite big so a lot of them don't seem to fit in the window on the right of the screen. Of course, it's a disadvantage when you're not totally sure of the logo you're trying to put together, but at least some of it is displayed so common sense will help most of the time. Some of the bigger ones can be tricky to work out though. An option to shrink the logo to allow it to fit on the screen may have been a good idea, or at least one to scroll around the window to see the rest of the design.

But in general, the presentation is very slick - a professional looking scrolling credits screen opens the game, and the title screen with all the options on it looks colourful, although that small text doesn't help. The actual graphics aren't the prettiest, but then they don't have to be. They do the job well enough, although a little more variety in the design of the walls would brighten things up a bit. Even the music is pleasant enough to listen to.

Overall, then, and despite some silly and unnecessary faults, Follia NBA is a fun, thought-provoking title that is a little different from most puzzle games and has clearly had a lot of effort poured into it, as its generally polished feel will testify. You really have to put in a lot of thought to complete some of the levels, and playing it on the shortest time limit (three minutes) is a challenge and a half. It will have you hooked for a considerable length of time, so if you like severely hurting your brain (not literally; you should seriously consider seeking professional help if this is the case) - and regardless of whether you're a basketball fan or not, but I guess it's not going to hurt if you are - you will get a lot of entertainment out of this for sure. Those who like their games to exclusively contain non-stop excitement and brainless arcade action will look elsewhere, but for everyone else it is more than deserving of your valuable hard drive space.

You really have to put in a lot of thought to complete some of the levels, and playing it on the shortest time limit (three minutes) is a challenge and a half. 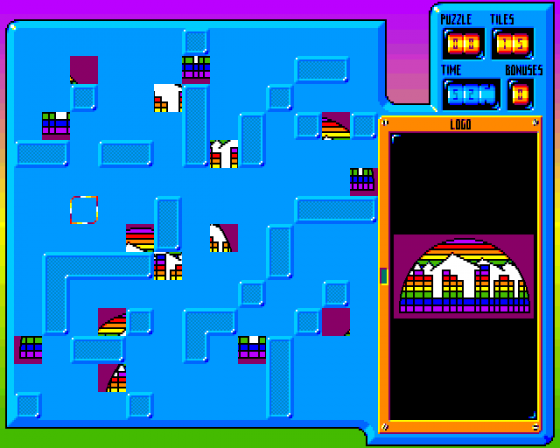 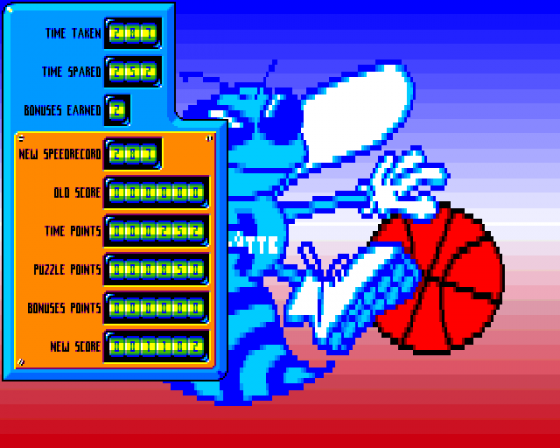