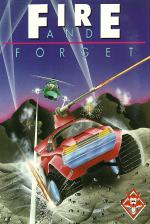 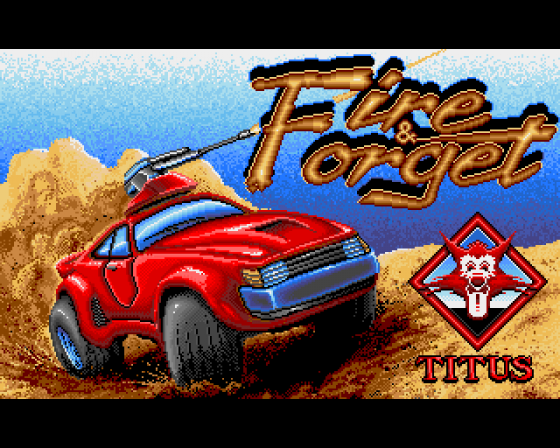 The world stands on the brink of holocaust; the Intergalactic Liberation Organisation is threatening to destroy the Earth. A powerful force is needed to restore freedom to the world and - wouldn't you know it? - that force turns out to be you.

Equipped with the Thunder Master - a four wheel drive armoured vehicle with a roof-mounted missile launcher and an optional air assault craft called the Thunder Cloud (hard, or what?) - you must drive through six key areas to destroy the ILO craft.

Enemy tanks and helicopters can be vapourised with your gun, for bonus points; in two-player mode a friend can control the Thunder Cloud. The aircraft's fuel supply is maintained by boarding the Thunder Master from above. 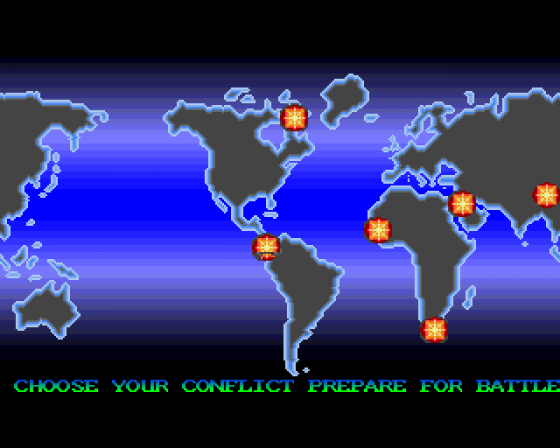 This has to be one of the fastest games I've ever seen - in fact I'm sure your only hope of success is to slip into a parallel universe in which time runs slightly slower.

Now I've said that you're probably thinking that driving and blasting at breakneck speeds is pretty exhilarating stuff, but I'm afraid it isn't. Speed has been gained by compromising on animation and hence realism, so tanks, tank traps and helicopters appear on the screen only to disappear again almost immediately.

Driving towards such a high-speed onslaught of obstacles is more a test of luck than skill and you just don't feel in control of the action. 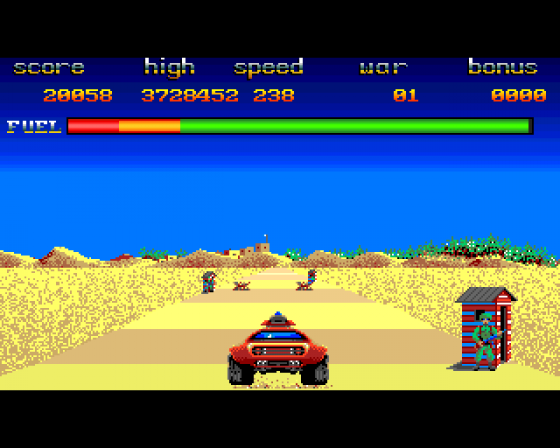 Consequently, for all its pretty graphics and raucous sound effects, Fire And Forget just isn't very compelling. Certainly not compelling enough to merit such a whopping price tag.

I played the ST incarnation of Crazy Cars, this game's predecessor, and found its 3D depiction of events quite effective but play itself was unexciting. Fire And Forget on the Amiga retains the letter quality but is desperately short of convincing 3D as well.

In an attempt to generate a frenetic feel to the action, Titus made an obvious choice if having the car tear along at a rapid pace while obstacles and, more importantly, enemy vehicles, approach at a frightening rate. 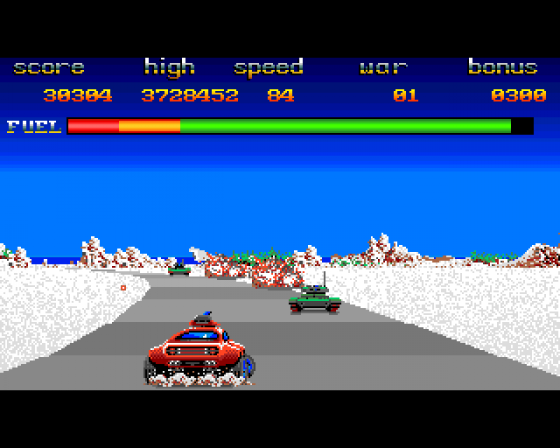 To do this, they've taken the easy way out, by removing numerous animation frames! The objects are speedy but increase in size drastically between frames - in some situations a helicopter appears in the distance and flies over your car in two frames!

The Road Blasters element does not work; you just pound away on the fire button hoping you'll destroy everything in your path. The two player game adds a little interest, but not enough to make Fire And Forget memorable. What was this comment about again?

Graphics 67%
Some attractive detail let down by poor 3D animation.

Hookability 53%
The very fast action is more of an annoyance than a source of excitement.

Lastability 38%
Three skill levels do nothing to help your world-saving quest. 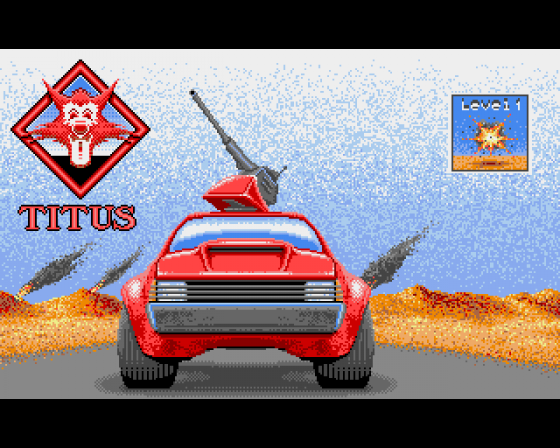 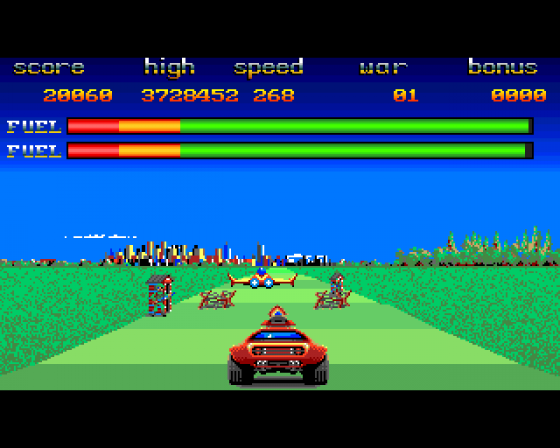