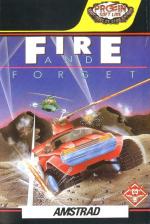 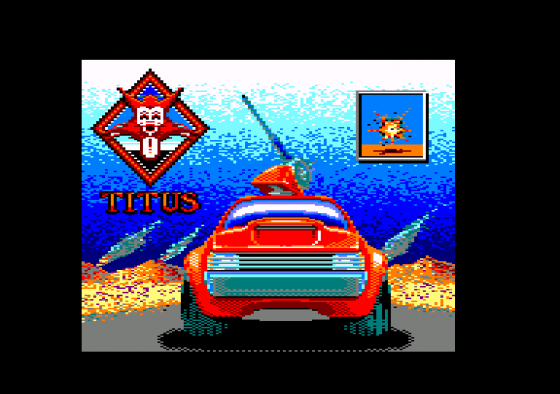 War threatens to destroy the world (col-leagues famine, death and pestilence are off playing bridge with a tourist) and only you can save it in Thunder Master. Thunder Master is a heavily armed and armoured car, with a very high fuel consumption. If you want to read a scenario that contains loads of words like giga, turbo, pico and references to the Greek alphabet then you've come to the right place.

The screen display is made up of a roadway that comes towards you with your car in the centre and there's also your score, fuel, war and speed shown above it. Before play begins you can choose a difficulty level and then a war is selected. The difficulty levels are basically medium, hard and very hard. There are several wars at each difficulty level.

In each war, you'll encounter many different opponents who have one objective, to blow you apart. Your foes are helicopters, tanks and bunkers. There are other hazards like rocks, mines and barbed wire. To increase your fuel supply, you drive over cones. Points are awarded for the collection or destruction of each and are lost if you go kaboom. 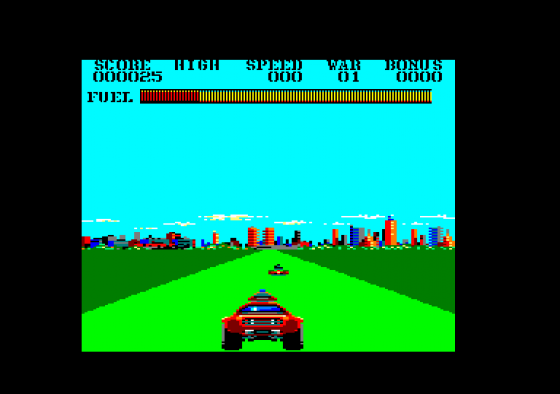 Digitised effects are uncommon in games and whole tunes are distinctly rare. Fire And Forget has a title tune that's digitised. Some bits are played reasonably well, but there are some sections of it that are diabolical. Sound effects in the game are good too. The graphics are big, colourful and fast, but they leap out of the screen at you rather than come towards you.

It looks good, sounds good and has plenty of fast and furious action. Unfortunately the gameplay lacks depth: shoot things, avoid things and shoot some more. If you just want some mindless blasting then it's good, but if your brain likes the occasional bit of exercise, it won't get any here.

I like it. I preferred it to Road-blasters, in fact: it's got better controls and graphics. This is rapidly becoming an overworked genre, though, and anyone else out there working on something similar should make it truly original. 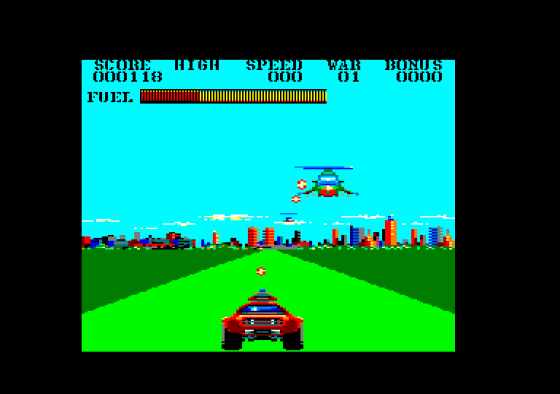 Big, bright and colourful... Lots of action, but little depth. 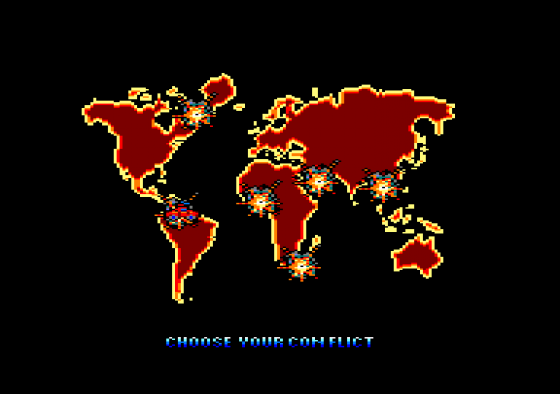 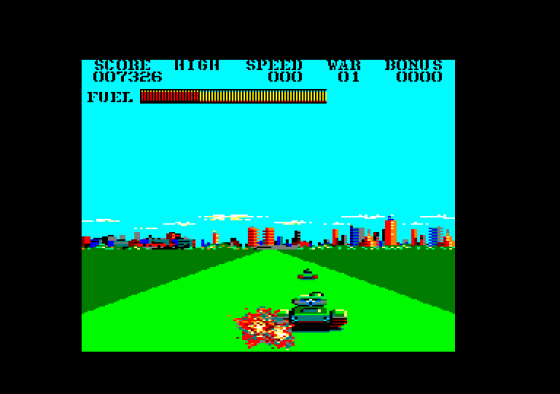 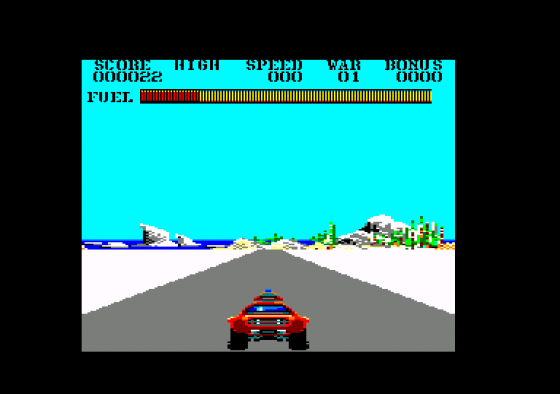 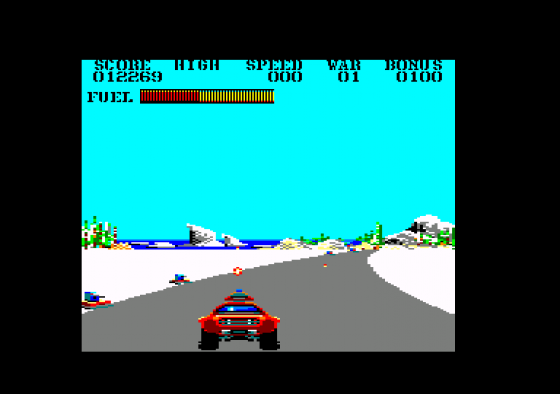 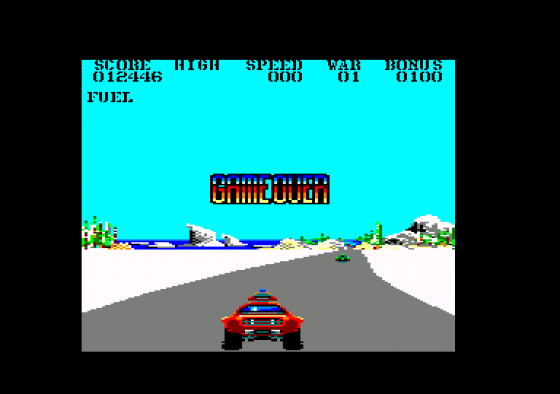