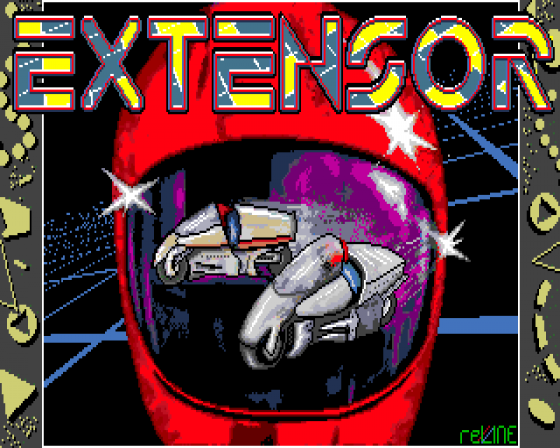 If you had a fresh planet to colonise, probably the last name you'd think of (barring a few other unacceptable options) would be Spazm. Pity the Spazmoids didn't think like that...

Having saddled themselves with such a depressing name, the Spazmoids need something to cheer them up - so (wait for it)... they flock to the lazercycle arena. Obvious really.

In glorious 3D, you try to get your computer-controlled opponents to crash into the energy trails emitted by their vehicles or the arena walls. 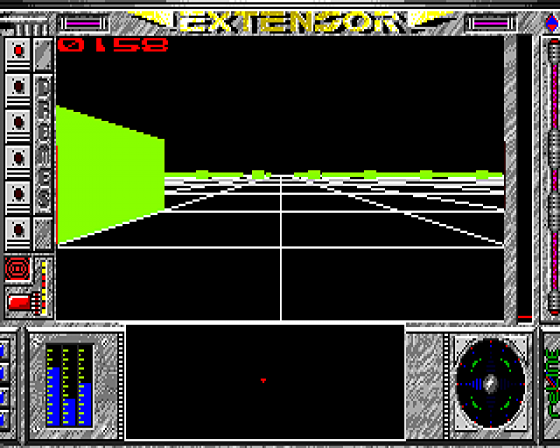 If there's someone you don't like very much lurking at the bottom of the list of your best mates, here's just the game you should spend ages persuading them to buy. Just think - they'll never get that tenner bac.

It's not the minimalist stick-insect graphics or the annoyingly grating tune so much as the appalling gameplay. For a start, the long-range scanner doesn't show any of the other lazercycles so you can't see who you're not meant to be bumping into. Fun huh? 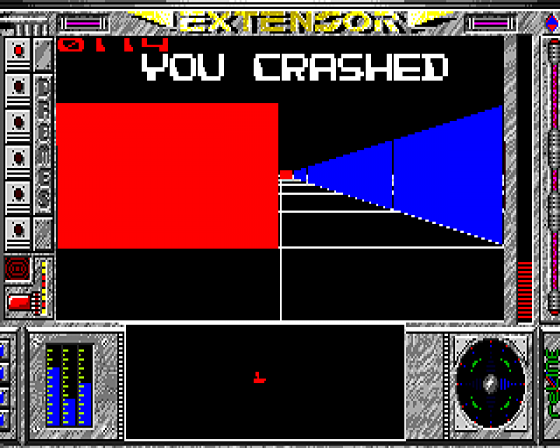 Turn a corner into a gaping, wide, enormous gap and you end up crashing head first into an invisible wall (even funnier). Unless head-butting is your favourite sport, use your brain and give this one a miss.

Yeuch! Give me Atron 5000 any day, since this is a hopeless 3D interpretation of one of the more addictive game genres. OK, so the sound is annoying and the game over tune grates; and OK, so the graphics are basic to a fault - but the gameplay's all right, isn't it?

Well, erm... no. The gameplay is basically crap. I can guarantee that within ten seconds of starting the game in the maze, you'll be dead.

If you're unwise, you'll pick up the joystick to have another go. Try a third time, and you should be certified. It's frustrating, tedious and irksome, and should have been kicked in the teeth long ago.

Presentation 50%
A whole range of arena patterns and other menus including three difficulty levels - not that this helps.

Graphics 29%
Basic wire-frame 3D which gets filled in occasionally.

Hookability 7%
Less hook than Frank Bruno with his arms in plaster...

Lastability 5%
...and even less long-term value.

Overall 9%
A pathetic parody of a Tron-style game, with crippling controls and as much excitement as a day with Paul Glancey.

A pathetic parody of a Tron-style game, with crippling controls and as much excitement as a day with Paul Glancey. 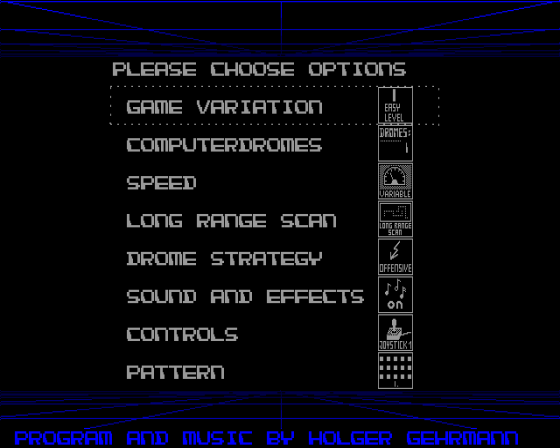