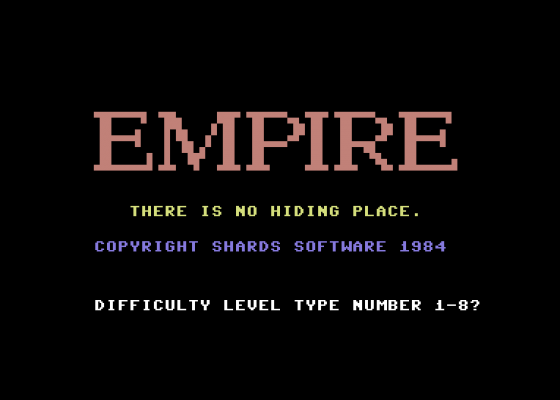 War strategy games have made a dismal showing on micros thus far: screen displays simply can't hold all the detail you could find in a typical Avalon Hill set-up.

Empire isn't nearly so ambitious - it's a simple, rather ponderous translation of Risk. You play the computer (the "evil COM empire" hur hur); each side starts with 39 armies, and they're deployed over 39 territories across the globe; the play, however, is *not* in 39 steps.

Simple face-offs between opposing units decide battles and fresh armies are awarded for territorial gains. COM behaves like a suicidal dunderhead on the lower levels, but it's meaner than Attila on top level eight. The screen displays a world map that can be scaled down to one of four sections, and 'strategy' boils down to matters of mathematics. You have less? You lose. That kinda thing.

It's pretty unexciting. The graphics are clear, the gameplay functional, but it all adds up to treacly action and the slow grind of territorial gains. The game somebody should convert is Diplomacy - there's a challenge for some brilliant hacker.

Pretty unexciting. The graphics are clear, the gameplay functional, but it all adds up to treacly action and the slow grind of territorial gains. 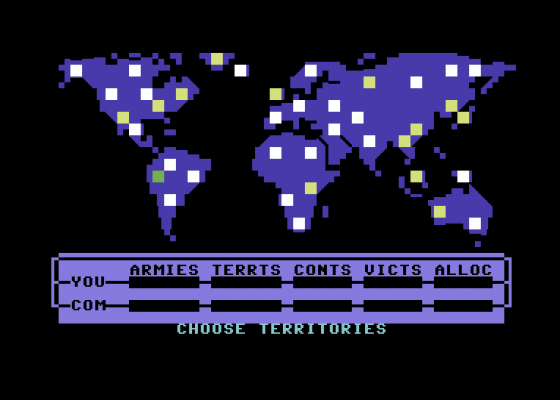 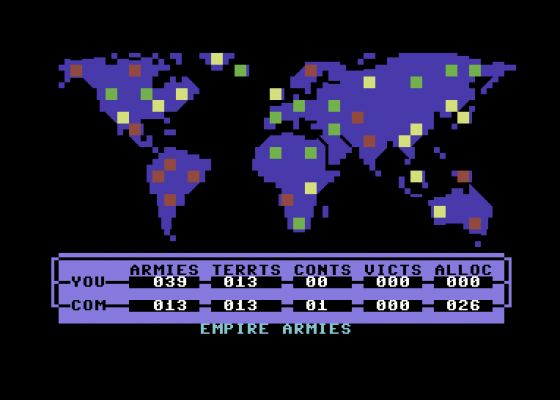 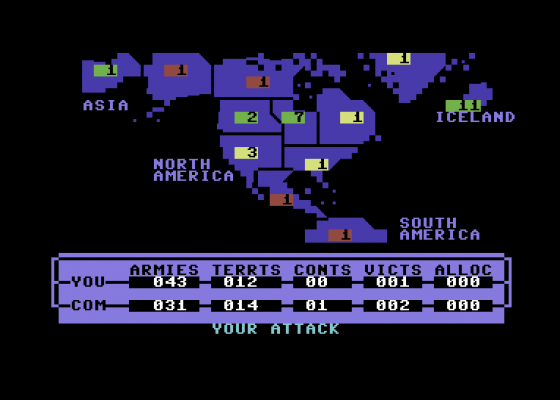 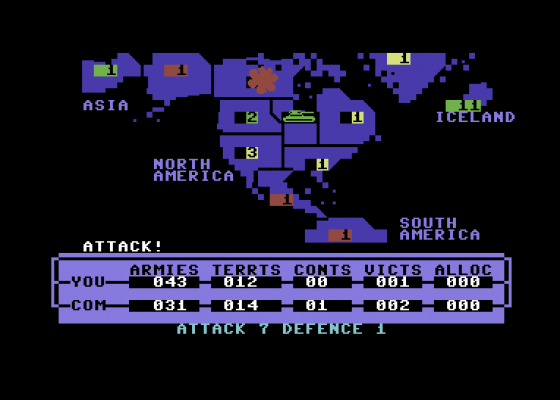 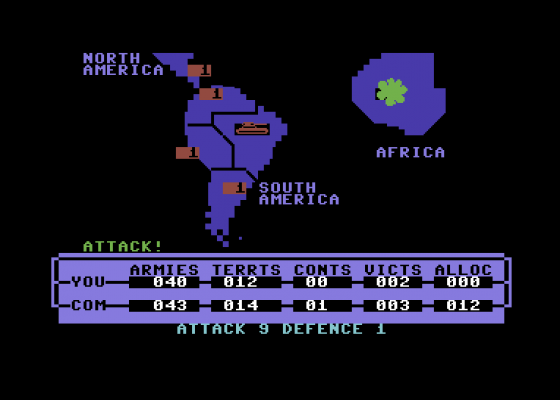