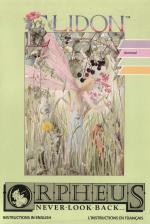 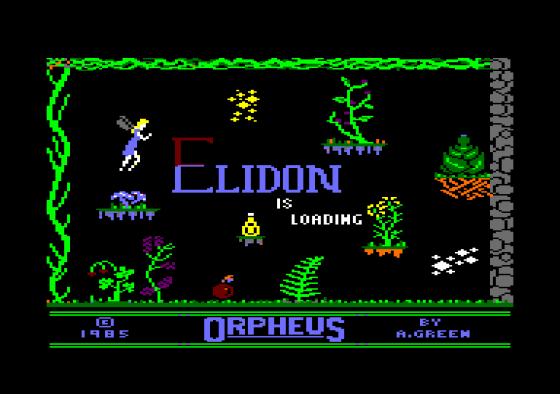 This is certainly a candidate for nicest and cutest game of the year, featuring as it does an olde worlde faerie in her search for seven potions to make flowers bloom. "Ahhhhhh," I hear you say, "isn't that nice...?". That silliness over, let's face the fact that it's a fairly un-original arcade adventure as far as gameplay is concerned.

The faerie you control is a slender thing with two frail wings that flutter about. She can fly around or hover and moves between screens using gaps in the walls. The screens are flick rather than scrolling. She can fly. walk or even hover through the screens in her quest. She starts by the garland which is to contain the seven flowers of Finvarra. Many of the screens are filled with colourful plants and flowers but they also contain some nasty enemies.

Seven potions are hidden amongst the screens and to make the flowers bloom these must be found and taken to the flowers. You'll have to work out what is and isn't a potion since there are other objects lying around that have different effects. Some things are even hidden behind doors, the secrets to which you have to work out. This isn't easy since you're given very few hints. 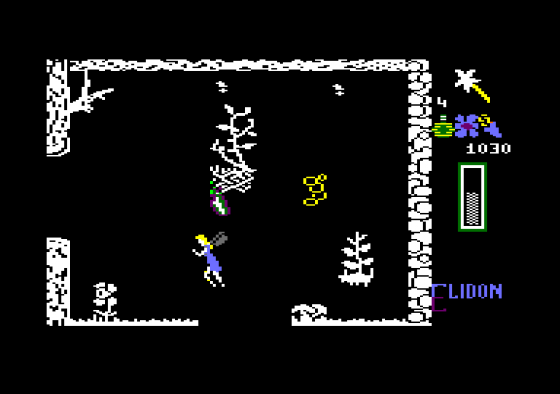 The faerie is powered by magic dust and many things sap this strength if they touch her - floating lumps of tree spirit or falling particles and even the odd pair of staring eyes The energy can be replaced by getting patches of faerie dust or lucky charms (horseshoes) but the latter can occasionally be bad luck and therefore reduce the dust level.

Some rooms are curiously coloured in black and white with only the faerie in colour (either to show winter's cold effect on the land or because they ran out of memory) with others being pitch dark so that it's difficult to navigate about. This is particularly dangerous because every time the faerie flies into something, she plummets helplessly out of control until she lands on something solid. This unfortunate effect can send you falling several screens if you're hit when positioned over a downward gap.

The faerie idea brings a refreshing novel touch to the game and Grieg's music which plays throughout is excellent. However the graphics aren't particularly astounding with a flickery faerie (yes I know the wings are supposed to do that but the rest of her isn't), the black and white, and all black screens. The gameplay also tends to be more of exploration and stamina rather than a true arcade adventure, but it is still a fairy challenge that will take some mastering.

Very pretty but just a little on the twee side for my taste. Flutter flutter's all very well, but it gets a trifle wearisome after a while. I didn't admit, have much success in finding the necessary objects. But then I wasn't really involved enough to care.

P. Large playing area to explore and map.
P. You've got to work out what many objects do.
P. It certainly isn't easy to complete.
P. Excellent music.

N. Slightly disappointing graphics that promised more.
N. Flying about can get boring when you're not always sure what you're doing.
N. Continually dropping out of the sky can get frustrating.
N. The death routine when you run out of dust is a little tacky as a it leaves a cross with RIP on it.

Gameplay tends to be more exploration and stamina rather than a true arcade adventure, but it is still a fairy challenge that will take some mastering. 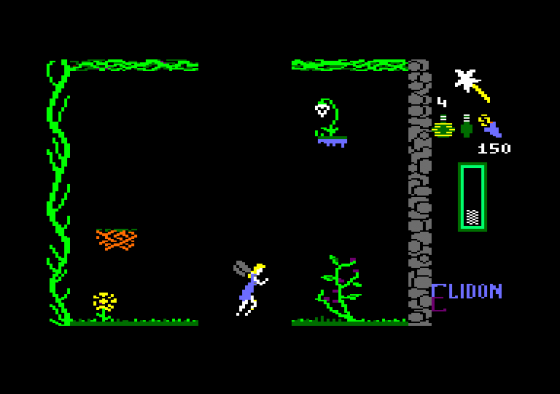 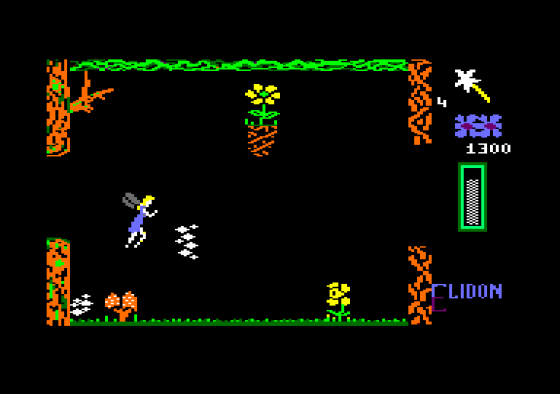 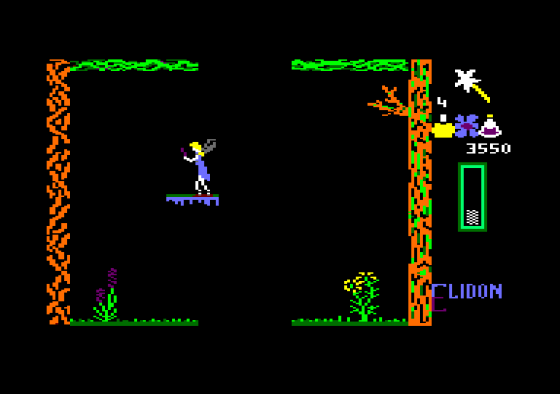 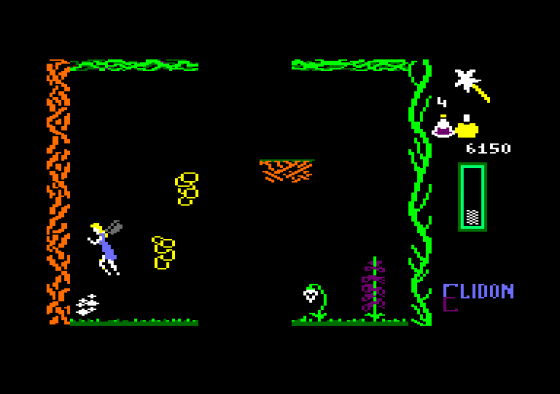