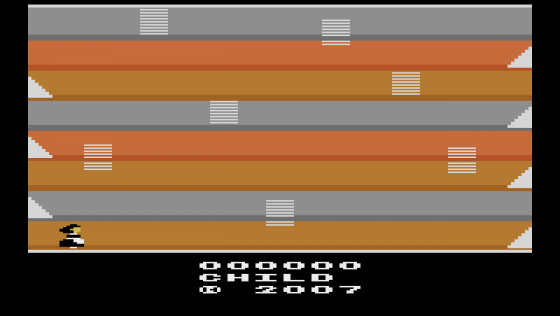 Ever wanted to dress up as a French maid and run around a hotel? Elevators Amiss makes it possible without the embarrasment.

Born in 1978, I'm slightly too young to remember Atari's 2600 console in its prime. It may well have had the longest commercial life of any games console (manufactured by Atari for over 14 years), but I've never owned the system myself. My introduction to computing was via the Sinclair Spectrum and one of my first gaming memories is of playing a little 48K gem called Nifty Lifty, a simple game in which you had to fill your pockets with stolen goodies from a department store whilst avoiding out-of-control lifts.

Upon loading Elevators Amiss I was hit with a wave of nostalgia - before my eyes was a clone of the game I had played for hours in my childhood! Despite the 2600's slightly emptier screen and crude visuals, the two games are essentially identical. Similar to Nifty Lifty, the player's goal is to guide the little character (a maid in this case) to the top of the screen, avoiding the deadly elevators and progressing upwards using the stairs at the end of each floor. The catch is that once you start the little maid moving she can't stop - so progress requires precise timing and top directional-juggling on the joystick. Pressing the fire button will make our heroine sprint a little faster, but it'll also eat away valuable seconds from the timer. And that's it.

To be fair, /it's hard to write an awful lot more about Elevators Amiss - after all, it's a game built around a simple design. The graphics and sound are excellent (considering the limitations of the platform), and overall the game has a very polished look. A lot of work has gone into getting the game-play and difficulty right for hardcore 2600 players, although I'd seriously recommend that beginners start out in 'child' mode - on the game's default setting Elevators Amiss is a nightmare!

As stated in my opening paragraph, I don't have a 2600 - but even if I did, I'm not convinced that I'd be willing to shell out 20 dollars for a copy of the game. Sure, the Atari Age store have done a fantastic job in creating a beautiful looking cart and glossy manual (using artwork supplied by Nathan Strum), but Elevators Amiss lacks the game-play and level variety you find in other modern Atari releases. It's great at what it does, but the game is really a one trick pony. A little variation would have elevated the score of this otherwise commercial quality release, but as it stands I can only reward it with an above average rating.

A little variation would have elevated the score of this otherwise commercial quality release, but as it stands I can only reward it with an above average rating. 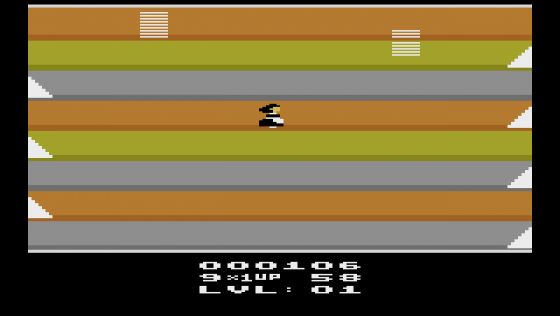 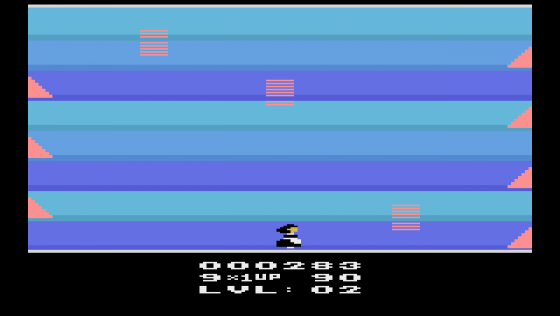