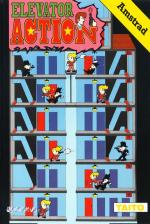 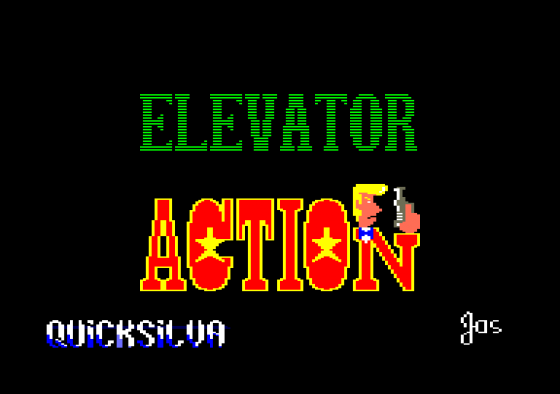 Even Quicksilva is getting in on the coin-op licensing scene with a natty little number from Taito - remember the company that produced that little known game Space Invaders. This game compares well to Space Invaders on quality, but is not as significant.

The plot concerns a secret agent who has to steal a number of secret plans from an office block. The plans are hidden behind red doors and our hero has to travel around the office block picking up all the plans and then to get away using a car waiting at ground level - the agent lands on the roof and makes his way down the building by lifts. 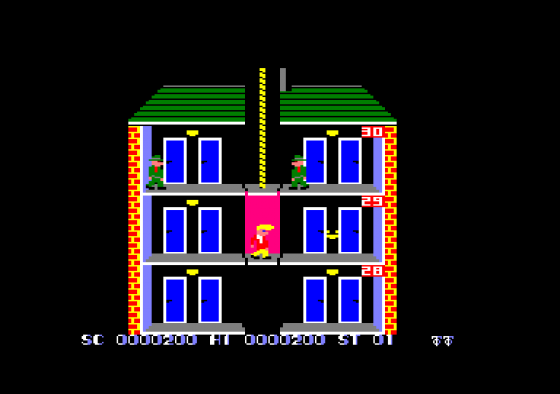 Shooting out lightbulbs seems to make every other light in the building go out so the guards get a bit confused and you get more points if you kill them in the dark.

The game's graphics are mediocre, like the game. Levels increase in difficulty, but not in complexity, and the sound is almost non-existent. The game is, in fact, exceedingly boring.

Surely Quicksilva could have picked a better game for their first coin-op conversion. Perhaps they got the licence cheap...

The game's graphics are mediocre, like the game. Levels increase in difficulty, but not in complexity, and the sound is almost non-existent. 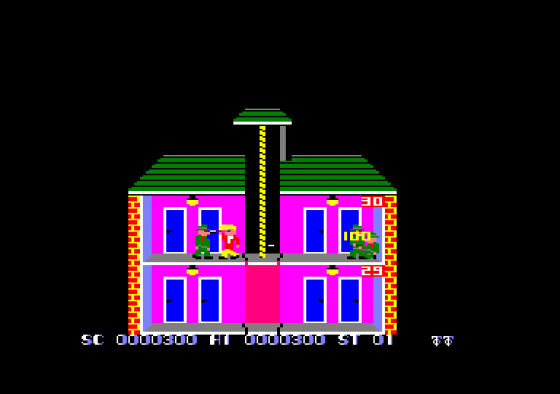 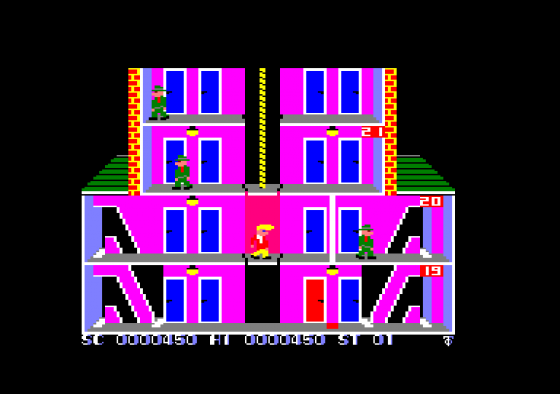