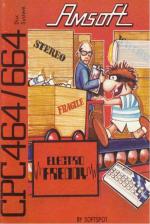 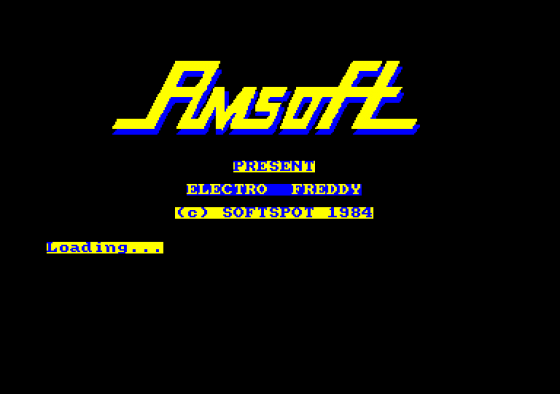 This game is much better than its scenario - full of micro in-jokes - might lead you to expect. It's not staggeringly original, but its playable and disturbingly compulsive,

As Freddy you're employed in the warehouse owned by Uncle Claude at 'Sincrum Research'. There are rumours of job losses due to price increases, so you have been chosen to sneak in at night and send off all the products.

So there you are, beavering away at dead of night. But Claude must have been listening in on the plot, because he's there too. As you try to push products onto the conveyor belt at the bottom of the screen, he throws deadly 'spectrims' at you. 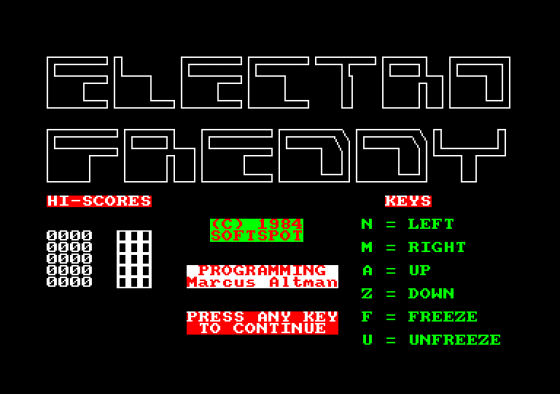 As if that weren't enough, Claude has enlisted the help of Satsuma Inc. who throw 'oracs' (geddit??) down from the roof.

But Freddy can fight back. He moves the products by pushing them sideways or up and down. If he can hit Claude from above or below he will get rid of him for a few moments.

There are four screens and 15 levels of difficulty. Screen 1 isrelatively easy: you will only be taken away by the ambulance if you are very careless. The next screen is much harder, with oracs likely to splat you just as you're about to get the key giving admission to the next level. On the third screen an unpredictable force field appears, making life very tricky.

Electro Freddy is a promising start to the Amstrad's life as a games machine. Movement is smooth and graphics are clear and colourful.

It's a pretty simple idea, but it had me hooked.

Electro Freddy is a promising start to the Amstrad's life as a games machine. It's a pretty simple idea, but it had me hooked. 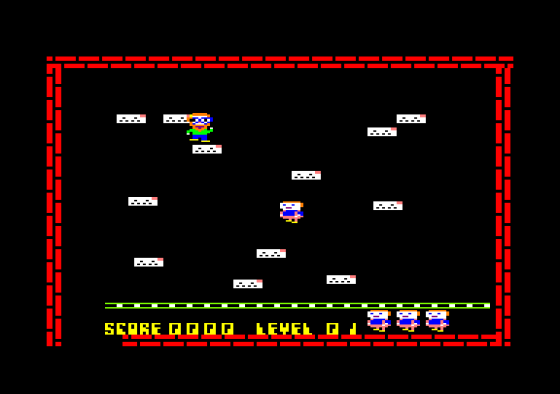 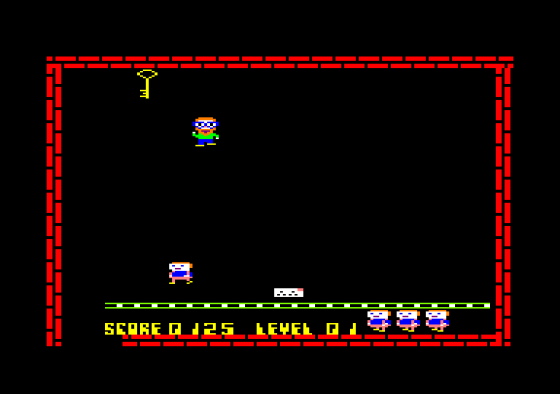