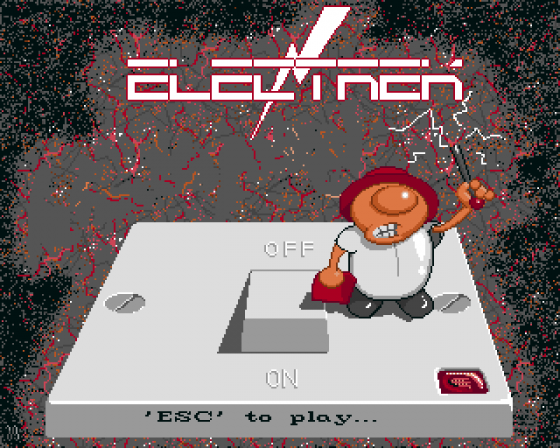 There's a good story behind this game. Originally put together in 1993, the programmers apparently sold just a single full version of Electrek and it consequently appeared to vanish off the face of the Earth. Fast forward fourteen (count 'em!) years, and by coincidence a thread about this game was discovered on the English Amiga Board by one of the guys who worked on it. A couple of months later, a full, slightly-tweaked version was unleashed on the Amiga world.

So, get past the frankly awful name and what have we got? An interesting platform-puzzle affair, that's what. Shockingly (see what I did there?) it's based around electricity, and sparks must be guided around a circuit using various switches to hopefully point them in the general direction of these things called 'trippers' which must be turned off. When all of them have been switched off you move on to the next level. Simple stuff, in theory.

Of course, it's trickier than that in practice. The control system is different to what you may be used to, as it's based around what the instructions call a 'two layer system'. Some of the wires and platforms are on different layers so you have to switch between them to be able to walk on them. This is achieved by pulling the joystick up or down to change layers. It's not easy to explain and it takes a lot of getting used to, as it doesn't feel especially natural to pull the stick up or down while you're jumping and it can be frustrating at first as you fall to the bottom of the screen on an alarmingly regular basis. On top of that, you've got to avoid being electrocuted by the sparks or anything dangerous that happens to be in your path so there's plenty to think about. Not to mention the tight time limit. 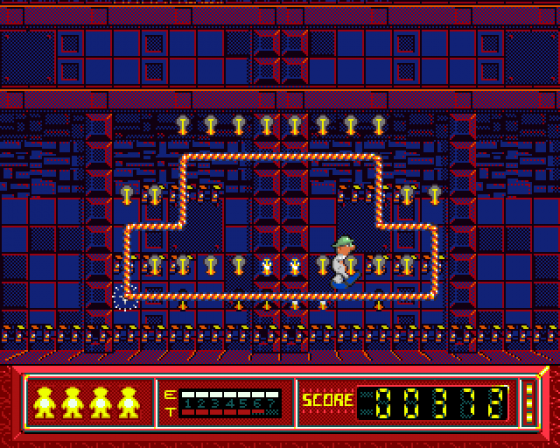 That's not all, either - there are also various devices spread around the circuits. Amongst other things, they replenish your energy, speed up the sparks and force them to travel in one direction only. This makes matters even harder as you have to think about the consequences of these devices extremely quickly and you must be suitably prepared for it - especially if you end up getting your controls reversed or something similarly evil.

This is, as you may have noticed, a game that is more difficult to explain than play, and the easiest way to get a proper feel for it is to just load it up and give it a go. Happily, the chances are that you'll enjoy it - it's easy to start with, to let you get used to the novel control system and some of the devices and items within the game. It's much more challenging later on though (unsurprisingly) and you often find yourself having to deal with several sparks travelling at breakneck speed around the circuit, while deftly avoiding being electrocuted and running out of time all at once.

The levels are generally cleverly designed and require a lot of thought to complete them so it's rewarding when you do manage it. As a result it's quite an addictive game, helped by a password every four levels so you don't have to start again from the beginning every time, which stops it from becoming too repetitive. The controls are responsive, though it is a strange system - there are times when I felt it was just being clever for the sake of it rather than genuinely benefiting the game - but overall it works well. The presentation is also of a high standard - the menu screens are simply laid out, the graphics are colourful(ish), clear and with some nice animation on the main character and the music is not entirely unpleasant (i.e. it won't have you reaching for the mute button within five seconds of hearing it). It's clearly a very polished program.

Electrek is not perfect though. For one thing, the time limit seems far too tight, and can lead to a lot of frustration when you're just about to complete a level and you run out. There's not even any real punishment for doing so, either - you don't lose a life, so you can try it as many times as you like providing you don't run out of energy. Basically, the only way of losing lives is running out of health - which strikes me as bizarre, especially as it's hard to die before the time limit expires. The developers would have been better off having only a time or a lives limit, and not both.

As I've already mentioned, controlling your character can be an irritating experience too on occasions. It's a brave system to implement but it probably won't be everyone's cup of tea; if you're impatient you may get fed up before you've mastered it. And finally, there's a very good example of sloppy programming in there - you can only play the game from floppy as it's obviously been coded to read from the internal drive. I tried copying it across to my hard disk but it still wanted to load the files from DF0:, and no amount of assigns made any difference, either. As it only comes on one disk and autoboots it's not a massive problem, but the loading times aren't the quickest and it's obviously more convenient running programs from a hard drive.

On the whole, though, Electrek is an imaginative, well put-together and (most importantly) fun game that will entertain and frustrate you for hours if you let it. It goes without saying (but I will anyway) that platform and puzzler fans will love it, and maybe it will appeal to fans of other genres too - after all, it's completely free, and a lot of work went into finding and releasing it, so why not give it a go?

Platform and puzzler fans will love it, and maybe it will appeal to fans of other genres too. 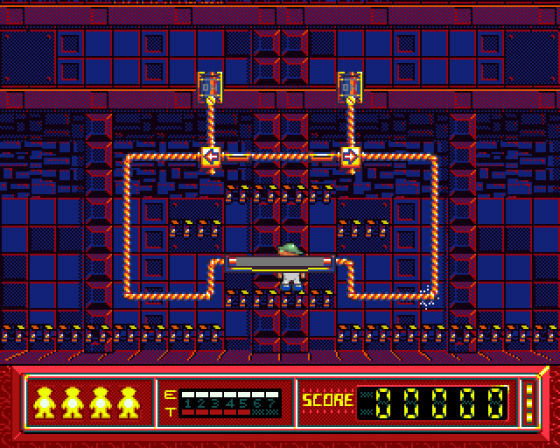 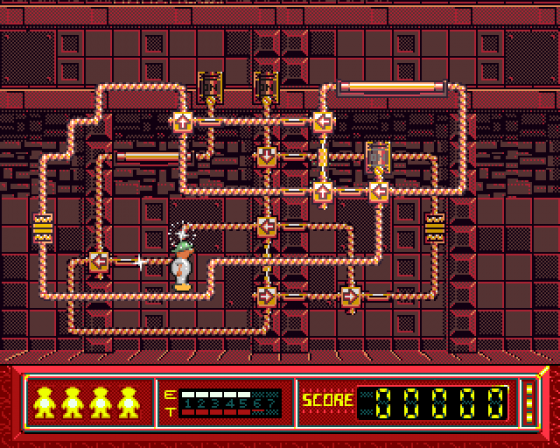