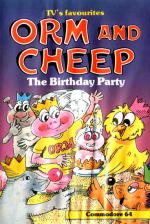 When the music stops, Uncle Gary will be here to speak to you... 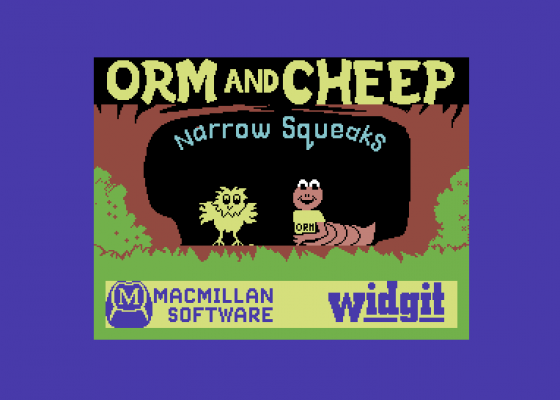 Mixing play with education has been one of the cherished tennets of teaching since the early sixties when 'revolutionary' concepts upset the more Victorian stick and no carrot traditions that held that children should be seen and not heard and, if seen, then only when sitting quietly, neatly and in a well behaved manner.

Freedom of expression has become everything, so now we all know that when five year-old Johnny is caught bashing in the head of four year-old Jimmy, he's not really exhibiting a possible violent streak, but only expressing his sense of angst at the world's oppression of his free spirit.

During the pre-sixties (repressive) era, chidren had to make do with behaving properly in the prescribed manner and venting their free spirits by watching animated cartoons, which, as we all know are excessively violent! Well, Zapp! isn't given to over-moralising, and this isn't the place to examine in detail the value of releasing pent up frustrations vicariously watching simulated violence on-screen. No, we accept that kids of all ages can be violent and enjoy cartoon concepts whereby mice flatted cats' heads with smoothing irons - after all; the cat straightens out in the next frame... 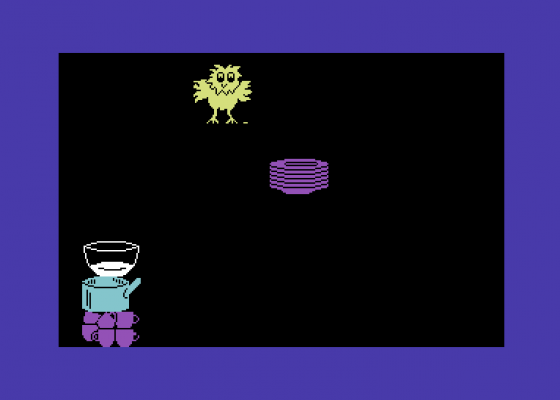 In some senses, animated cartoons are usually educational even if only to promote some moral. Educational computer programs have lived in a bit of a limbo - parents approve, children often don't! They want their computer games to be fun. Well some educational programs have been successful in being both fun and useful, but with the past twelve month's obsession with TV and file tie-ins, it surely comes as no surprise to see the trend spread to the educational field as well. A few programs have appeared recently sporting famous and popular heroes from the big and small screen. In an attempt to get away from the stuffy 'educational' tag, most of them are dressed up promotionally as "Kids' games".

As mentioned in Issue 3 of Zzap!, US Gold have acquired the rights to release the Walt Disney/Sierra range of 'educational' games in the UK and are doing so under the label of Kids! I use the term 'educational' very loosely though, as the programs are really games for the younger games-player, with educational overtones. The idea seems to be to subconsciously teach children such rudimentary 'skills' as logical thinking, map making and object matching through a series of simple, but fun to play, games.

Donald Duck's Playground is one of the first of the batch of said releases and is aimed at children between the ages of 7 and 11. It basically attempts to teach a child the value of money and how to use it, although the currency used is as foreign as the program - i.e. American. The explanation given on the poster instructions supplied with the game seems to adequately justify this apparent flaw though. Donald is actually quoted thus "it makes learning more fun, introducing children at any early age to other people's cultures". Doesn't quite sound like the duck I once knew but then I suppose he's matured with age (after all, he must be well over 50 by now). 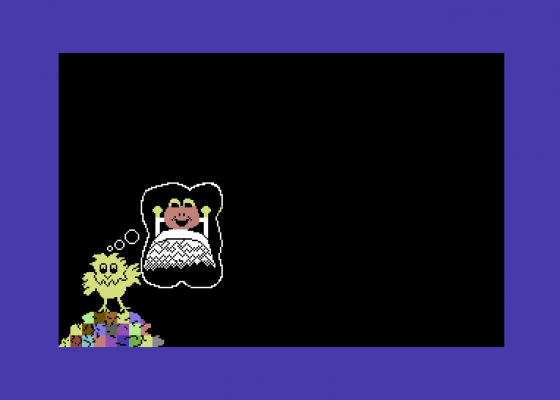 The player has to help 'Nunkie Donald build a playground for his three nephews, Huey, Dewey and Louie. But first he has to earn enough money to buy equipment by working on any of four different jobs. According to the instructions this teaches the child the concept of 'labour for pay', which is fair enough.

The jobs all require some manual dexterity with the joystick and involve object matching in one form or other. For example, one of the jobs is at the Product Market and has Donald sorting fruit and vegetables chucked from the back of the market truck. The 'product' is thrown from the right hand side of the screen and Donald must be moved to catch it. The fruit must then be matched up with the correct box and placed in it to earn cash.

Perhaps the most impressive and appealing aspect of Donald Duck's Playground is the graphics. Overall, they are of a very high standard with plenty of big, bold, colourful characters that are easily identifiable. Combined with the jolly music and sound effects Donald Duck is a program that should appeal to a majority of budding young gameplayers. Although I don't think it has a great deal to offer on the educational side. 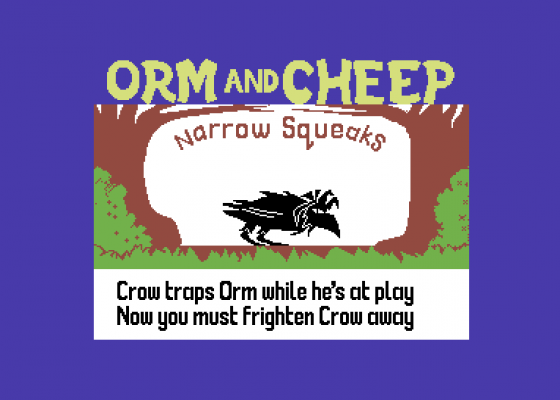 Winnie The Pooh In The Hundred-Acre Wood, the second of the US Gold/Walt Disney/Sierra products, is another jolly game boasting super graphics that's fun to play and of possibly dubious educational value, unless you regard lines, "This is Rabbit's Kitchen. It's full of vegetables - no wonder he's so healthy!" as being educational! It's a simplified adventure game that concentrates on teaching children of 8 or over to think logically, develops their mapping and reading skills and lets them have a bit of fun in the process.

Each character in Hundred Acre Wood lost an important belonging when a blustery wind came up and blew them everywhere. It's up to you to find things like Owl's books of poetry and Pooh's honey pot, and return it to its rightful owner. The objects are placed randomly each time a new game is played, which adds greater holding power to the stories. Input has been made as easy as possible by numbering the several text options available, and the beautifully drawn pictures are speedily accessed from disk for each one. An added bonus is the typically Milnesque sense of dry humour used in the text.

The US Gold/Walt Disney/Sierra line-up promises releases soon of Mickey's Space Adventure and Goofy's Word Factory, featuring the famous characters in an adventure game and a sentence construction/arcade game respectively. 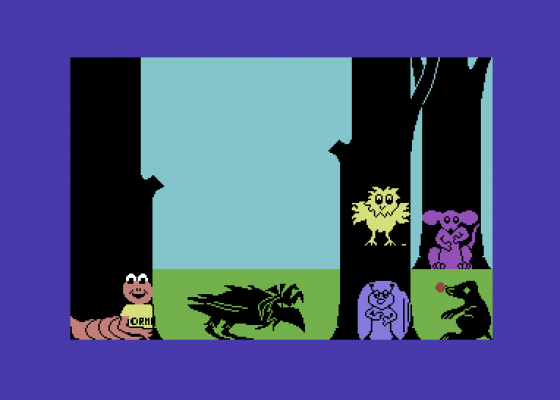 Turning from the American inspired programs (although purists would of course insist that Winnie is 'ours' and no 'theirs'), there are only telly heroes on British software. Mirrorsoft have a package of four Mr. Men games aimed at the 4-8 years bracket under the general heading of Here And There With The Mr. Men. These do not avoid the 'educational' tag however. Mr Tickle's Jigsaw Puzzle, Mr Tickle And Mr Grumpy, Mr Lazy and Mr Men Versus Mr Tickle are all aimed to lead children in 'an amusing and stimulating way' to grasp the concept of 'left and right'.

The accompanying booklet is designed to be read by a parent as a story to go with the games. Unlike the US Gold offerings, the Mr Men games use rather simple, though brightly coloured, blocky graphics, and I would have thought the tasks may become repetitive to kids rather quickly. For instance, in Mr Lazy you guide a worm up and along the branches of a tree in order to reach an apple and knock it down on Mr Lazy's head as he snoozes under the tree. No doubt this very simple exercise might amuse a four year old for a while, but I very much doubt whether it would appeal to an eight year-old for more than one go.

The important difference between these games and those from the Walt Disney stable lies very much in the graphics as well as the ideas, and in that department there's little doubt that US Gold score heavily.

Macmillan Software do rather better on the graphics score with their Orm and Cheep games programmed by Widgit. There's two, Narrow Squeaks and The Birthday Party. These are described as suitable for 'Kids of all ages', which is a somewhat loose description of their suitability. Both start with a reaction test to set the level of difficulty - a neat touch. If you don't know, Orm and Cheep, a worm and a yellow bird, are popular TV characters for the younger bracket.

Narrow Squeaks offers four games featuring these two plus a rat and a crow. The graphics are attractive although the games are very simple. In play testing the identical Spectrum versions of these and The Birthday Party for Crash magazine, Rosette McCleod and her team of 5 to 14 years old found them to be "totally boring and pointless".

The latter game is a graphic adventure, although in most respects it is as much an adventure as Donald Duck's Playground, which is to say that it's really composed of several arcade-ish sequences where you help Orm bake his birthday cake, collect all his friends for the party and then get them satisfactorily seated. Rosetta's team summed the two games up as "Absolutely awful"...! Perhaps a little harsh, especially as the graphics on the C64 versions are very jolly at times, although not a patch on the Disney games, and add a lot of visual interest. However, it has to be said that the educational value in these two is extremely low, I would have thought, and if they are supposed to simply be attractive games for kids of all ages, then perhaps the gameplay elements should have been substantially improved.

Generally then, the Disney games seem to have the edge over the home-grown product. On the other hand, they are more expensive, especially if you opt for disk versions (essential in the case of Winnie The Pooh), but honestly, I would have to say that you also get rather a bit more for your money. 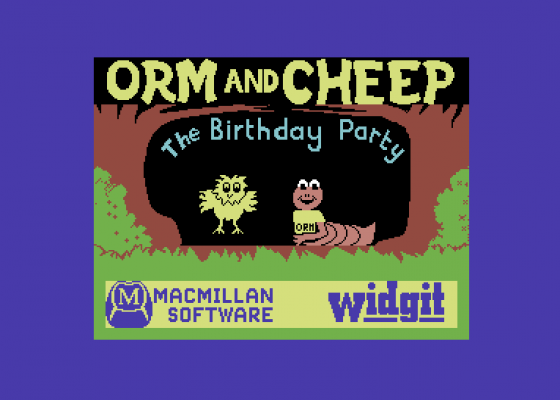 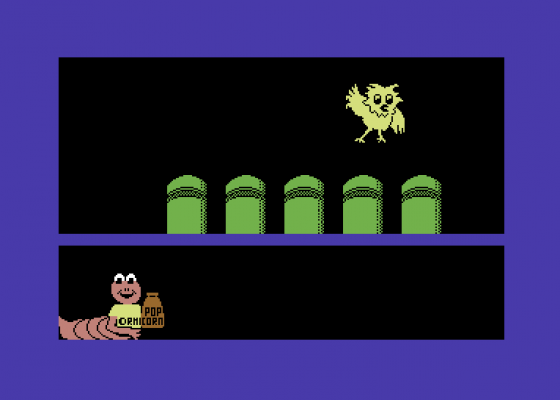 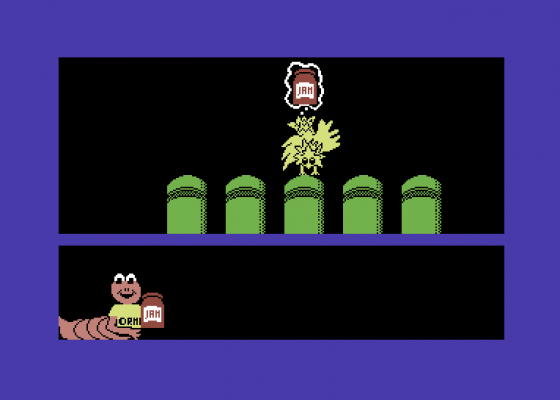 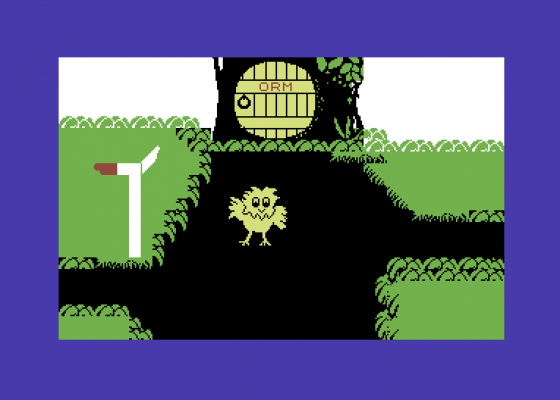 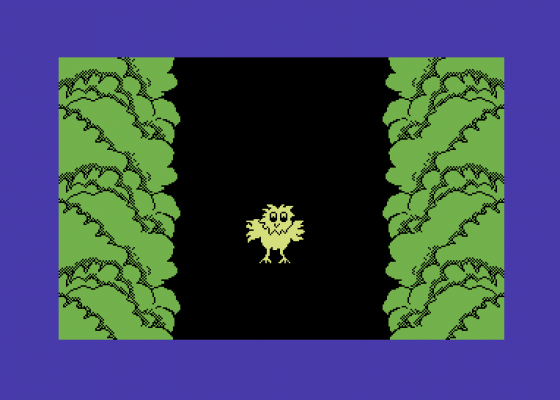 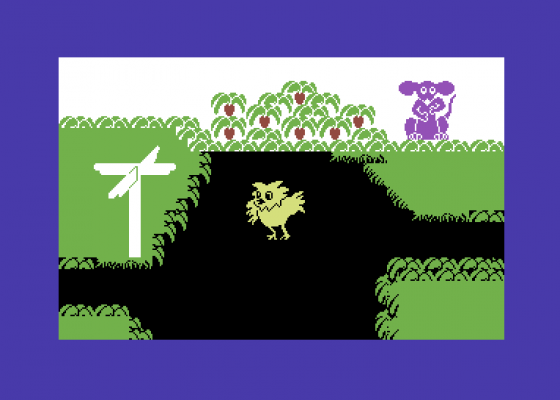 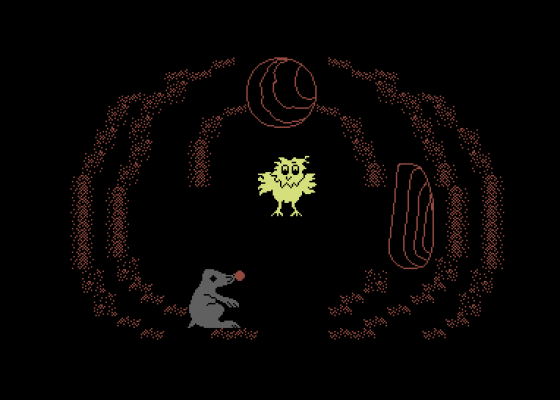 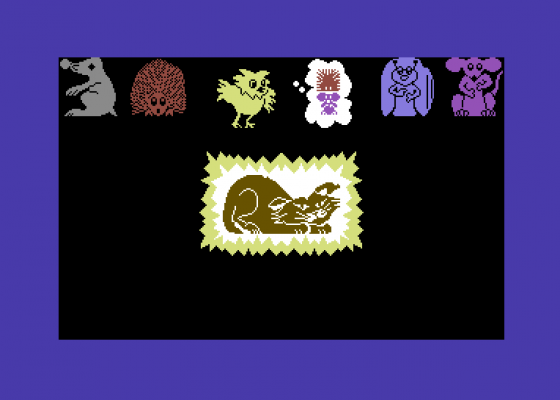 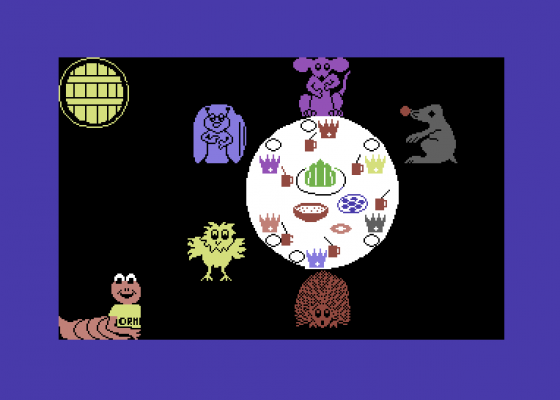 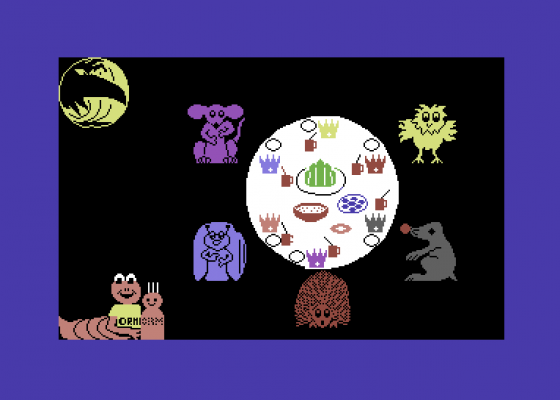