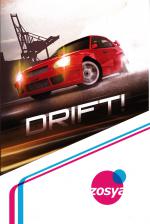 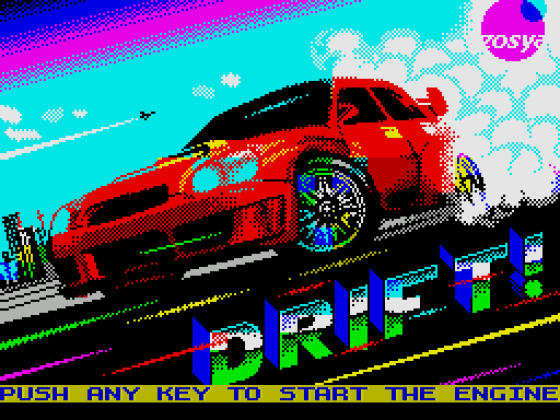 We are currently living through an era where the Spectrum 128K has been made to do things that take it well outside of its comfort zone. We've seen games (like Splattr and the Crystal Kingdom Dizzy remake) that leave attribute clash so far in the rear view mirror as to be invisible. We've seen games that ebb and flow with this outdated tech to such an extent that we forget that the developers have any memory restrictions whatsoever. And now we have Drift from Zosya.net, which begins with one of the most spectacular monochrome car racing demos ever seen on an 8-bit machine...

"Which way is this going to go?" I wondered. "Is this going to be one of those games (like Amiga CD32 Microcosm) where the opener is the best bit?" Well, it's great... and yet, in comparison to Drift itself, it's by far the most inferior bit of the game. That's because Drift is nothing short of amazing. This is a Spectrum game that could pass for a full-price coin-op, genuinely playable to such an extent that I couldn't put this one down.

What's it about? Well, in simple terms, it's about staying on track. You have control of a fast car, but it's not a racing game per se. You speed up, and as your car gets faster it gets more uncontrollable. Fine when you're heading straight ahead but what about when you reach the incredibly tight (90 degree) corners? Well, you ram the steering wheel in the appropriate direction to turn, push down on the accelerator and steer in the opposite direction. This action leaves huge skidmarks and swings your car round like a pendulum but somehow enables you, if you do it right, to 'drift' around the corners without losing a lot of time. 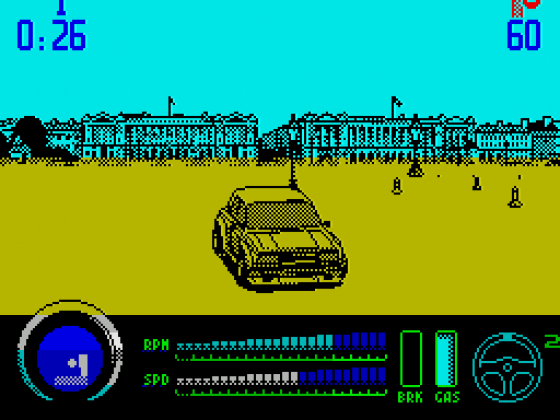 That doesn't sound particularly difficult, nor particularly exciting. But there's something about mastering the skill of doing it that is almost irresistible. The attract mode and all the snazzy effects between "races" are also just so, so good too. This is one of those games which has really hit that sweet spot, where all the ingredients are right and where the mix adds up not just to quality, but real fun too. Alright, when you first start playing it's aggravating. Really aggravating, in fact. That's because when you spin off the track it's merciless in penalising you with instant disqualification.

What? But I was just getting started!!!

However, after just a few goes you really do start to get the hang of it. There's no "other" way to complete the circuits than to master the art of drift, and the instant disqualification when you get it wrong starts programming your brain as to what "not to do". The music, and the digitized speech, are just lovely. I could listen to these for hours.

And, what's more, demo, game, cut-scenes galore and all that lovely playability is all there in one single load.

What more can I say? I don't usually like "racing" games but this is just a hundred different types of awesome. OK, once you've mastered the art of drift I suppose it won't hold a lot of scope for repeated play, but until then it will make you curse and smile in equal measure. Most games don't get the adrenaline pumping, but this one does. Has to be experienced to be believed.

This is just a hundred different types of awesome. It has to be experienced to be believed. 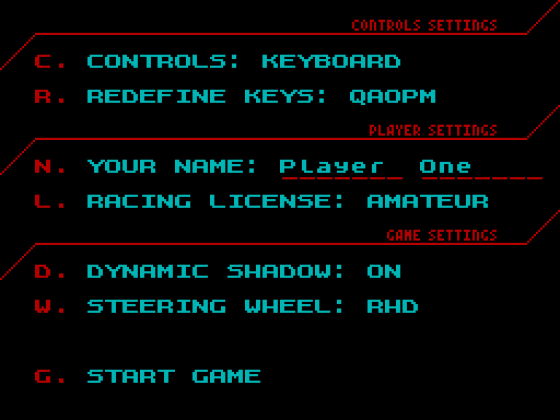 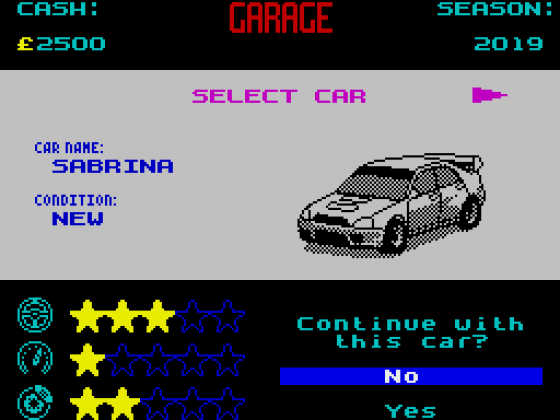 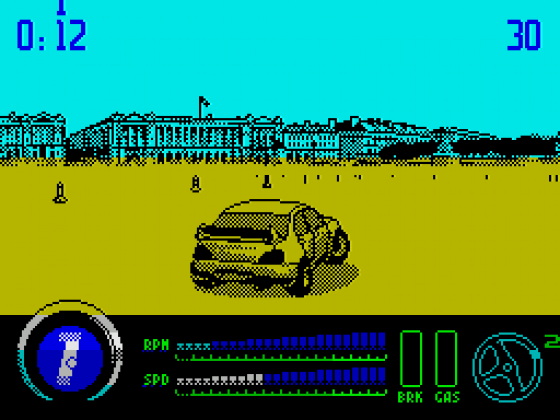 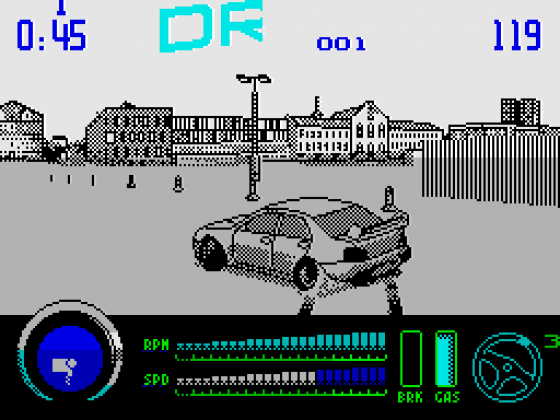 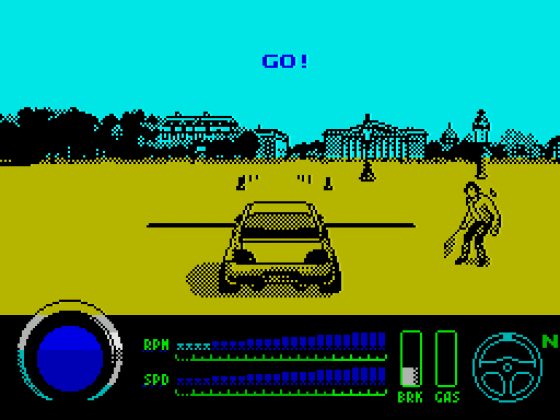 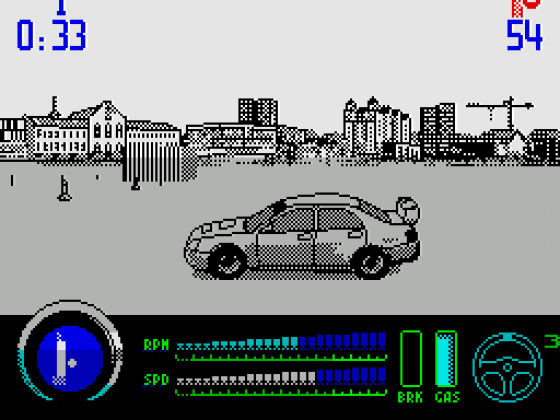 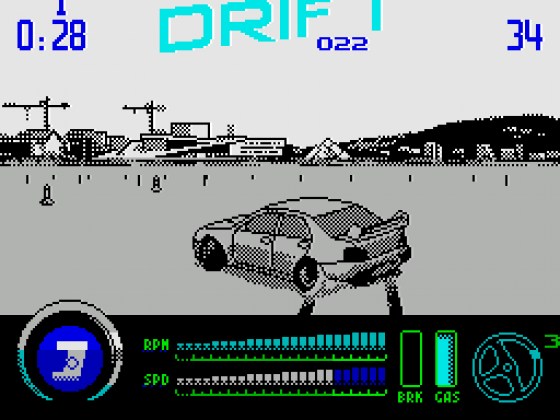 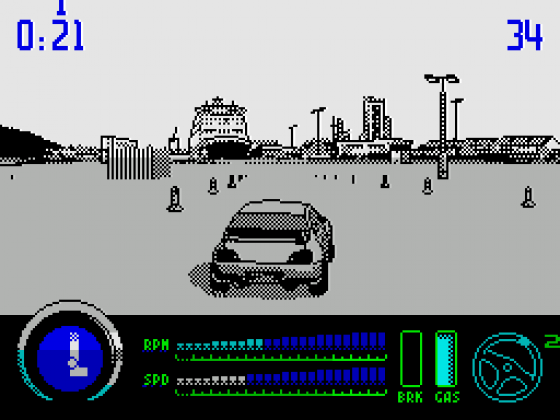