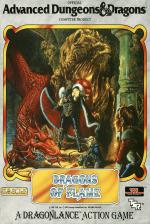 Three hundred years have passed since the Cataclysm when the gods wreaked havoc across the land of Krynn, their purpose to rid the land of all evil. They failed, and those mortals who lost everything in the onslaught turned to Takhisis, Queen of Darkness, for protection and revenge.

Reuniting the dragons which have laid dormant for centuries, the Queen and her army of Draconians sought to overthrow Krynn and the gods. With the news that the long-lost Disks of Mishakal have been found, Takhisis' only hope is to keep control of Wyrmslayer, the symbol of the gods, and diminish even more the belief in the Immortals.

Standing between the Queen and total dominance of Drynn are the Companions of The Lance, a band of adventurers whose numbers include Goldmoon, first of a new breed of true clerics and keeper of the Disks Of Mishakal. Freed from captivity by the forest elves, they have been assigned the task of breaching the defences of Takhisis' fortresses, Pax Tharkas, freeing the princess Laurana in whose possession lies Wyrmslayer, and liberating the slaves entrapped in the castle. Doing so means revival of the gods and defeat of the Queen and her minions.

You control the Companions in a sprawling computer RPG set across the land of Krynn, made up of mountains, forests, rolling grassland and, of course, Pax Tharkas.

At the beginning of the adventure, the castle lies to the south, across a seemingly impassable mountainous area. Collecting the many helpful items along the way, you must find the characters able to assist you in "storming the battlements". As well as the many NPCs (Non-Player Characters), you encounter patrolling Draconian guards. When this occurs, the main Wilderness map screen switches to a horizontally-scrolling action view, in which all interaction, be it picking up objects, talking to characters or fighting monsters, takes place. At first you control the eight Companions of The Lance, each with their own strengths and weaknesses, with the option of adding to your band along the way.

Some of your party are capable of producing magic using their energy-draining but very powerful ancient artifacts, the array of available spells including fireballs, healing and even resurrection, should any of your characters die during combat. Once inside Pax Tharkas, the battle is on to find Laurana and Wyrmslayer and free the slaves. Caution is recommended however, as the fortress is a dangerous place with warriors, traps and two enormous and red dragons waiting to meet you, greet you and eat you.

Although I have been generally impressed by the standard of all the Advanced Dungeons & Dragons games, Dragons Of Flame must rank as the best of the series - an action adventure in every sense of the phrase. The amount of powers which your characters possess is stunning, with a huge range of spells at the disposal of your magic-user and cleric, as well as a host of more powerful weapons, armour and magic items to help the more conventional fighters. The Wilderness map screen works well, allowing swift access through the land of Krynn, and the interaction screen is a marvellous idea, as well as being inhabited by some charming graphics. Your characters, and the friends (or foes) which they meet are all more than adequate detailed and animated, and it's also possible to use this graphically more impressive view as opposed to the flat, though still excellent map (although this is not recommended as it is very easy to get lost!).

The amount of thought put into the design of Dragons Of Flame is apparent the moment you begin your quest; and it is a large, mentally taxing adenture, so regular use of the thoughtfully-included save option is advisable.

Ultra hard-line shoot-'em-up fans may as well forget Dragons Of Flame and go and play the latest arcade blaster, but for everyone else who could do with a bit of point to their gaming, as well as a first class look at how the computer RPG world is faring, Dragons Of Flame is a game which you seriously should consider buying.

The Dragoniance saga continues in a digital form with a top-class action/RPG, the emphasis being placed firmly on the action side of things.

Dragons Of Flame is an extremely fine piece which offers many months of rewarding and highly enjoyable entertainment.

Again, only slight colour changes and the obvious drop in sound quality distinguish the PC game from the other 16-bit versions. Smashing RPG fun 'n frolics.

The only differences between this and the Amiga version are cosmetic, and even those are negligible. A computer RPG highly deserving of attention.

An extremely fine RPG which offers many months of rewarding and highly enjoyable entertainment. 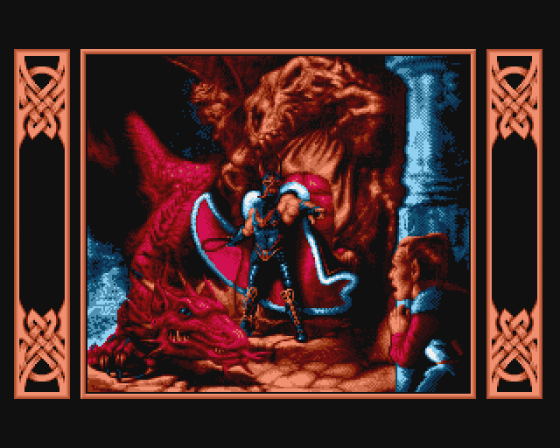 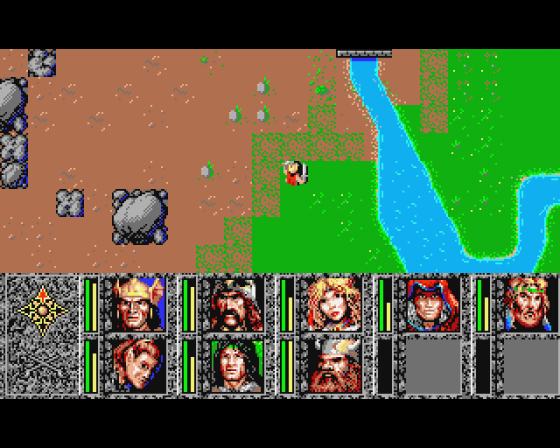 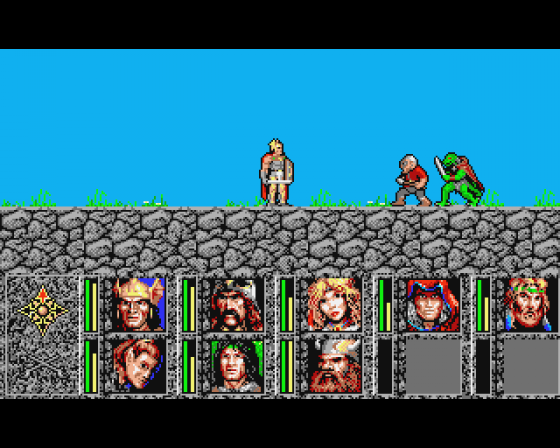 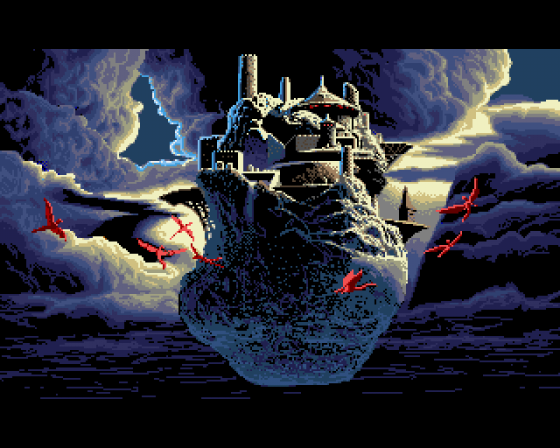 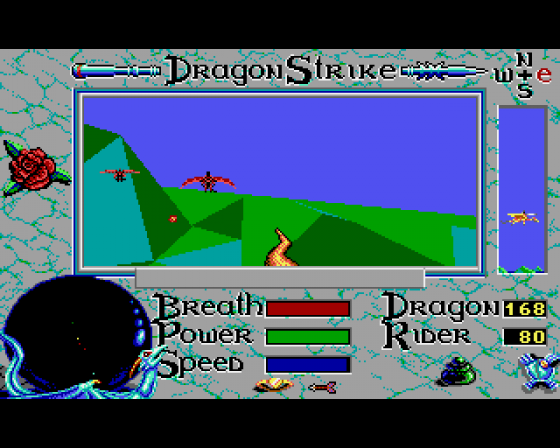 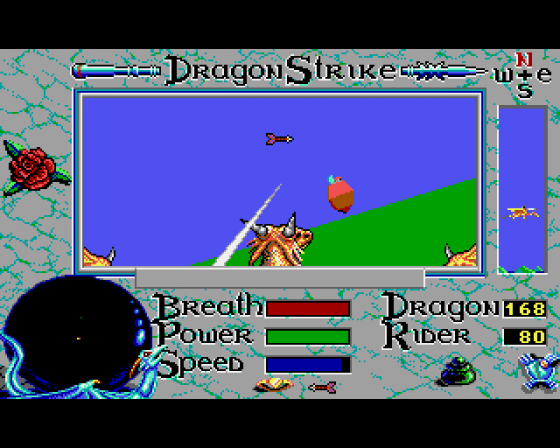 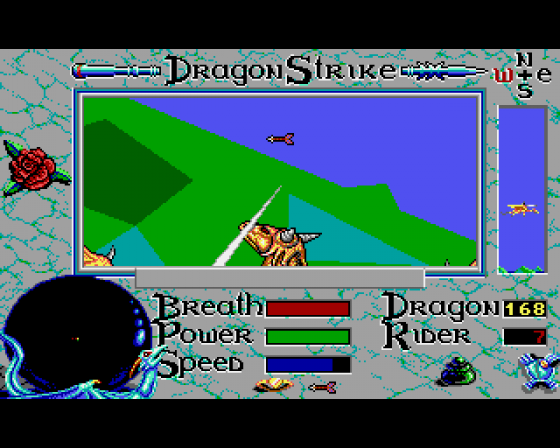 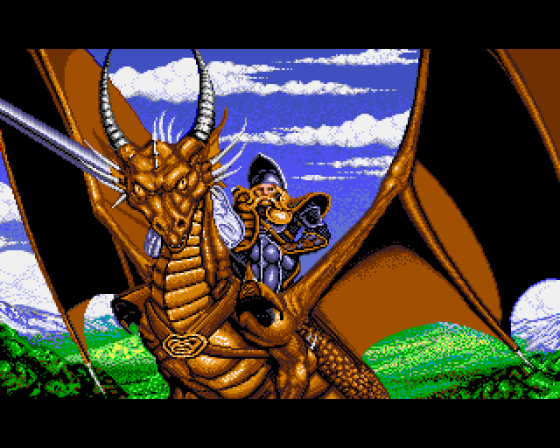 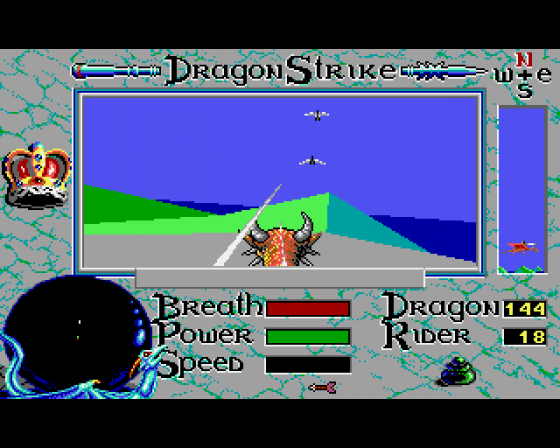