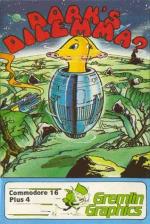 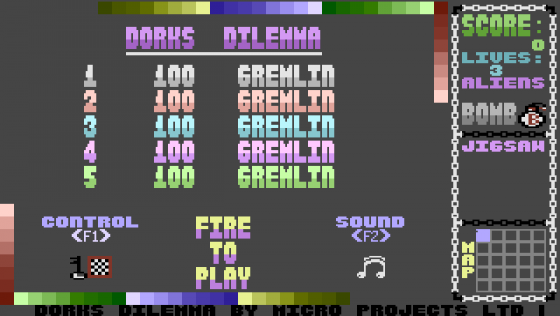 The C16 is such a relative newcomer to the home computer market that the software for it has consisted of old C64 games revamped. Hopefully, Dork's Dilemma heralds the dawn of a new age.

The game consists of two phases, the first being a shoot the aliens game, the second a jigsaw. In the first phase you guide a creature - either a man in a barrel or a tortoise, I'm not sure which - around a maze killing off a specified number of aliens. There are 25 rooms to explore, each one different and with one of a variety of aliens inhabiting it. When you have disposed of the nasties, you are given a part of the jigsaw which forms the second part of the game.

The screen is divided into two main sections, the playing area and an information area. In the information area is a diagram showing your position - down to the finest degree - and a grid containing your jigsaw pieces. These pieces are moveable using the joystick - and when you have completed this part of the game you are whisked to the beginning of a new game but with more aliens to destroy.

There is no music included but the sound effects used, especially the bombs exploding as you run for cover, are well done. Overall, this is a delightful game; its basis may not be completely original but its implementation is well thought out. This is definitely something for C16 and Plus 4 owners to look at.

This is a delightful game; its basis may not be completely original but its implementation is well thought out. 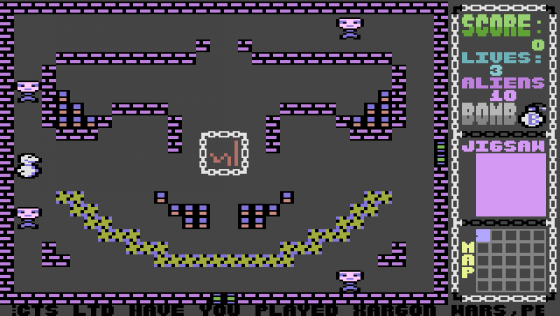 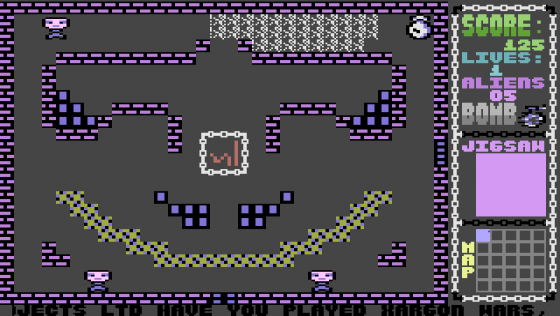 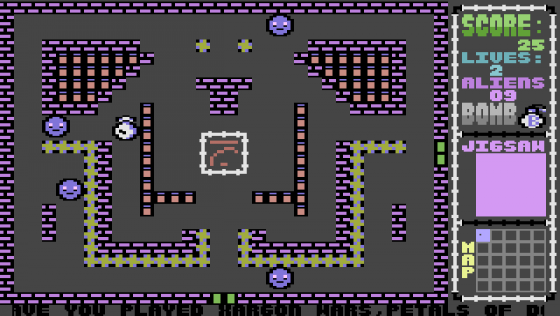