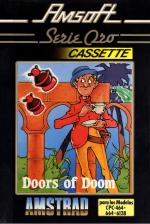 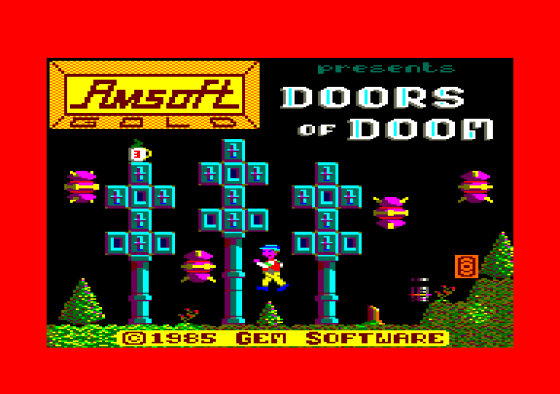 To recycle an old phrase, this game is a real gem in more ways than one. Not only does it have good gameplay, great graphics and animation but also a scenery design facility where you can create the whole of the 25 screen scrolling playing area.

The task you've been set is to represent the human race and decide its future by trying to collect the doors of Doom on the planet Doom The scenario is written in delightfully humorous style and is certainly an improvement on the usually minimal Amsoft instructions.

The game starts with a delightful set of scenery composed of many different areas of desert, ruins, fortresses, houses, water, palm trees and temples. These are all dotted with many objects, some useful but most highly dangerous. The character you play is a well animated fellow who can stroll about the playing area on foot and jump up onto or over obstacles. All the solid scenery can be walked on or through, as long as your man has solid ground to stand on. Moving into thin air will cause the man to fall but this isn't too dangerous since he can drop any distance without harm. What are dangerous are the robots that patrol the game and the static scenery that saps your energy. 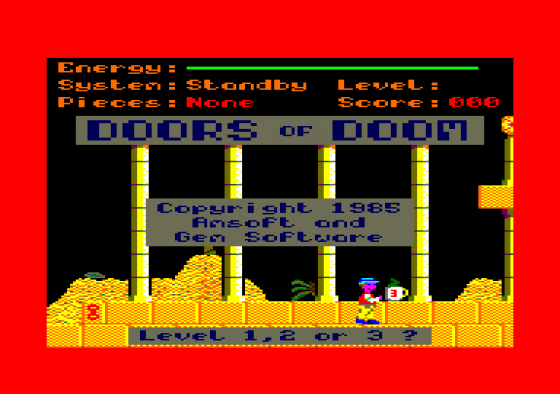 The robots are evil-looking purple things that can fly around anywhere on the screen and every time they touch you, they sap your energy level. Fortunately though, you carry a laser and repeated hits on a robot will kill it, the number of hits needed depending on which of the three skill levels you're on. There are two basic types of robot that aren't distinguished visibly but by their actions. One will home-in on you wherever you are while the majority hover around the doors making getting to them a hazardous prospect.

Other things that drain energy are mixed in with the rest of the scenery and take the form of flaming torches, pools of water, metal weapons and other devices. Walking around also uses up energy and if this reaches zero the game is over. Energy can be replaced by picking up the steaming cups of tea that crop up quite frequently but energy conservation is the hardest part of the game and will really test your powers.

There are some objects that will give you a helping hand though and these appear as little purple canisters. They have five main uses: levitating, floating, shield, paralysing and teleporting. The levitation and shield work on you allowing you to fly and be protected against robots. Teleport also works directly on you, moving you rapidly to another part of the game and getting you out of trouble when used properly. Floating and paralysing work on the robots to keep them out of your way. The problem is that the powers last for only a short period and after being used have to be re-collected from another location.

The graphics and gameplay make this a great game to look at and play and the title screen has some marvellous music to soothe your ears. The real bonuses are the prospect of an enhanced disk version of the game and the screen design facility.

The graphics in this game are absolutely stunning - they really could be on an arcade machine. The introductory music is also of a very high quality and shoves you into the game with an uplifted heart.

Gameplay itself, though, is not particularly original, but this is more than compensated by the overall quality. The option of redesigning screens is a great boon, which means that Doors Of Doom will run and run.

N. To redesign character set you need another program.
N. Not much mental challenge in the game.

A tough game task against a very difficult and intelligent robotic opponent. 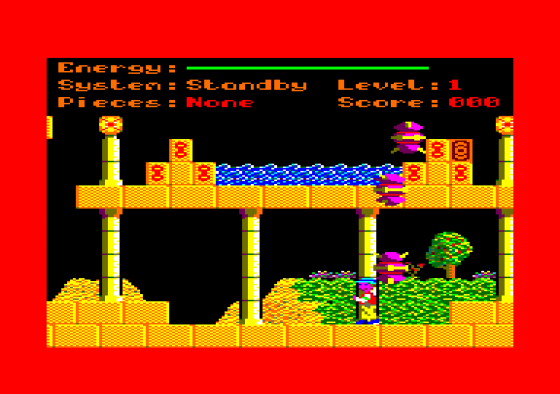 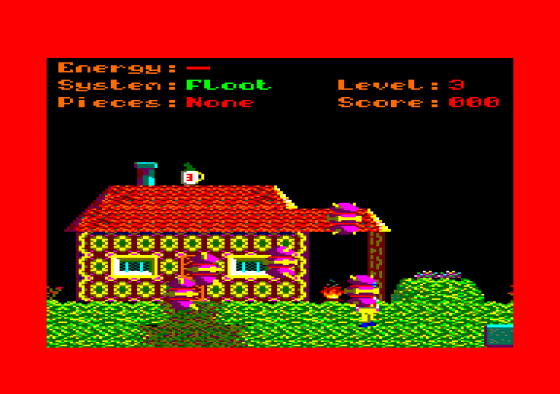