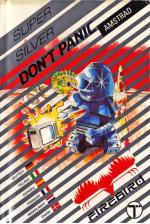 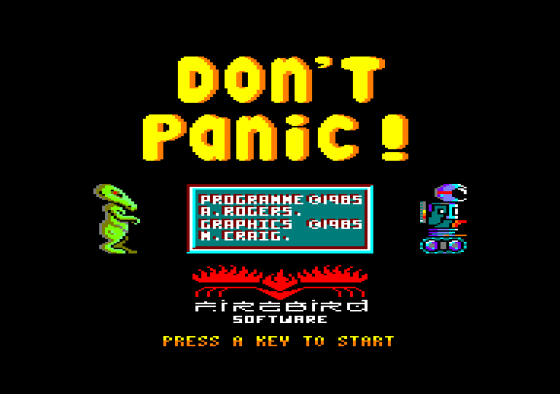 Naturally the whole idea of the game is to *make* you panic and the infuriatingly, maddeningly, eyeball-twitchingly difficult task may wreck a few joysticks, computers, homes and marriages. It all sounds easy enough: return a load of radioactive teddy bears to your spaceship without getting caught by a big, green, bouncy monster - but it will drive you crazy.

The screen consists of four levels of walkway which scroll as the spaceman you control walks along them. The walkways wrap around after several screens and at one point there is a gap in all four where your rocket stands. Sitting about at various points are teddy bears which are yellow and deadly to the touch. These first have to be shot with the laser you carry to make them harmless to the touch and then pushed along with the laser to the ship.

At several points along the platforms are a series of blocks which serve as lifts allowing you to move up or down floors to get at teddy bears. As the rocket fills up it moves up a walkway until with all the teddy bears inside you finish. You can only walk across the gap at the level of the rocket's base though - anywhere else and one of the six lives is lost. 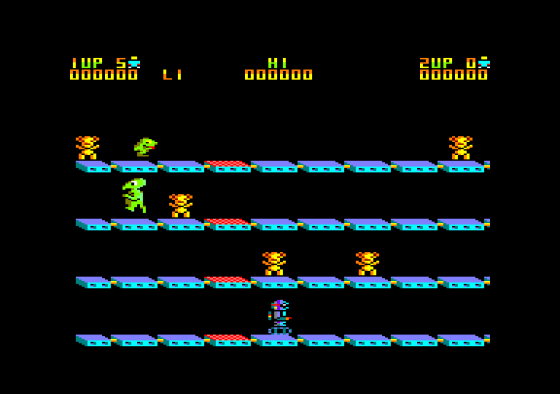 Up to now there hasn't been too much to panic about but the green monster is what changes all that. He appears at the start of the game and hops along the walkways like a Martian kangaroo in pursuit of you. He can change platforms and unfortunately he travels faster than you. Therefore the spaceman relies on his wits to outsmart him with frequent changes of level - the monster only does one at a time, and direction.

The monster also has a little, green frog as a sidekick who hops up and down the top walkway making escape from big, slimy brother harder. He can be killed off by shooting him from behind off the end of a walkway into the gap. These two reptiles cause tremendous problems because there is never any rest as you are continually chased about - enough to make anybody panic.

With practice, some tactics reveal themselves that will help you stay one step ahead but the game will always be a demanding challenge. The graphics and sound are nothing special but the addictive quality of the game is in its maddening mask. It seems so simple yet it is so hard to achieve and you just have to keep trying. If you've no patience this could well drive you up the wall, round the bend and into the nearest pub. Me? I think I'll have one more play. Aaaaaargh!

N. Bad for the nerves.
N. Not much depth - just one infuriating task.
N. May be a bit too maddening.

They must be joking. Don't Panic, indeed. This is one game where if you don't get your joystick in a twist it just isn't worth playing. The idea is simple and there's not much in the way of variety, although what graphics there are, are very good. The interest, of course, lies in the frenetic gameplay - and that's quite something. When you want to put a bit of excitement into your otherwise mundane existence you could do much worse than load up this game.

A highly addictive idea that calls for constant attention and thought. 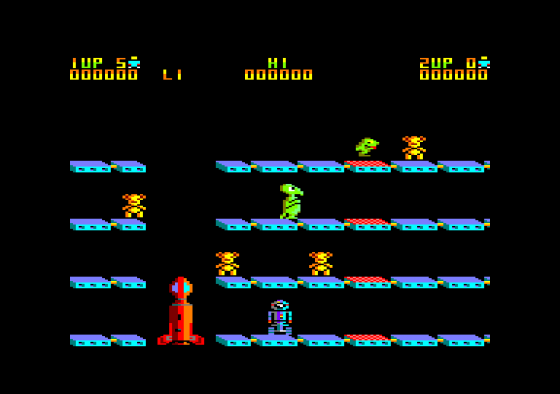 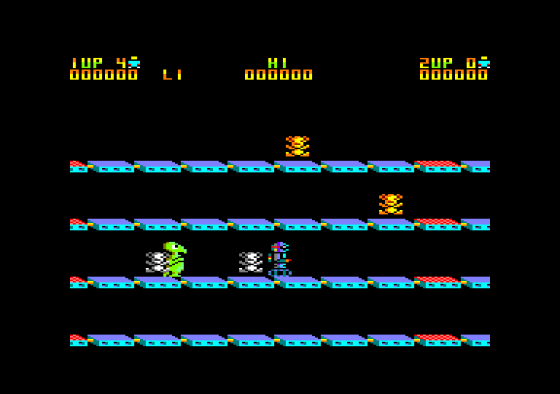