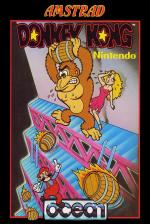 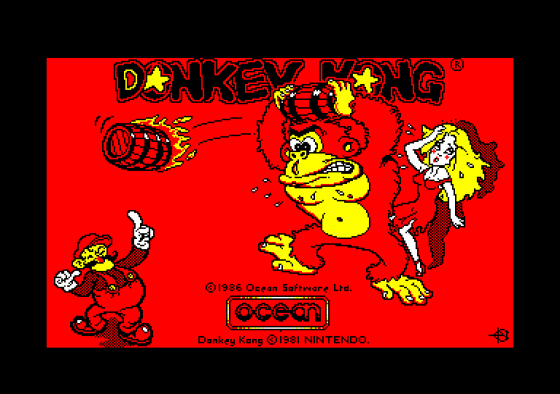 It's a bit surprising to see a crusty old game like this dragged back into the limelight. But, surprisingly, Ocean has managed to produce a very creditable version. It may well bring a nostalgic tear to your eye for the good old days.

For those who missed the birth of computer games. Donkey Kong was, and still is on the Amstrad, a four-stage arcade game where Mario the carpenter tries to rescue his girlfriend from a gorilla.

The first screen involves simply running up a series of ramps and ladders while Kong rolls barrels down at you. You can jump over them or bash them with a hammer. Once you reach the top, Kong disappears with the girl to the next screen. 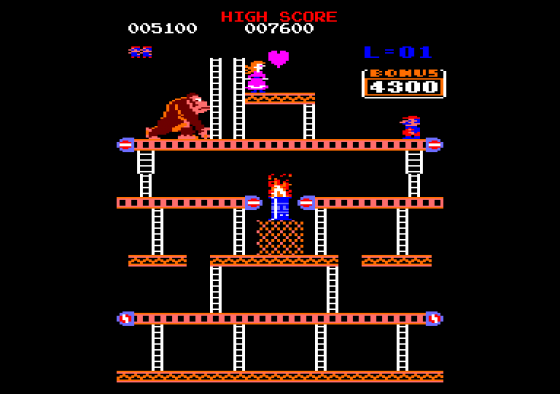 Here you have to get past a number of pie-carrying conveyor belts, moving fireballs and telescoping ladders to reach the top of the screen. On the third screen you need to use some lifts and avoid a large bouncing girder as you hop around many platforms. The last screen is where you gain victory by removing the supports from four girders so that Kong topples to the bottom of the screen.

Each screen contains bonus-score items to pick up. If you manage to get through them they are repeated, only harder. The graphics and sound-effects are good, and the gameplay retains much of its addictiveness. The game does seem simple by today's standards though. Despite being a good version of the game, I'd still rather see original software rather than rehashes of five-year-old games.

Yes, sir! This is an excellent reproduction of one of my old favourites. The graphics are bold and amusing. The sonics will have you swinging - even the sound-effects are pleasing. But, oh dear, I still can't complete the game - why is every version so difficult? Please bring out an easy version just for me. If you haven't played Donkey Kong get this version. Even if you have played it a million times get this game; it is a decent version. 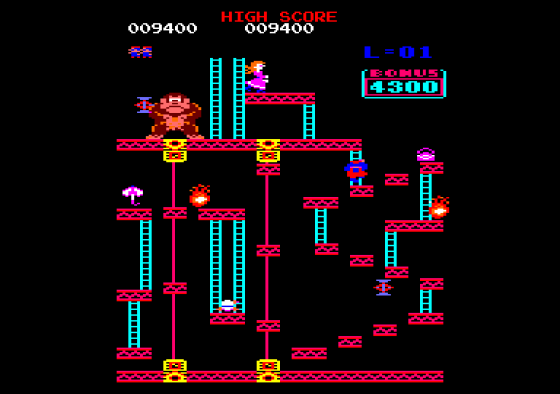 Just as good in green!

Even if you have played it a million times get this game; it is a decent version. 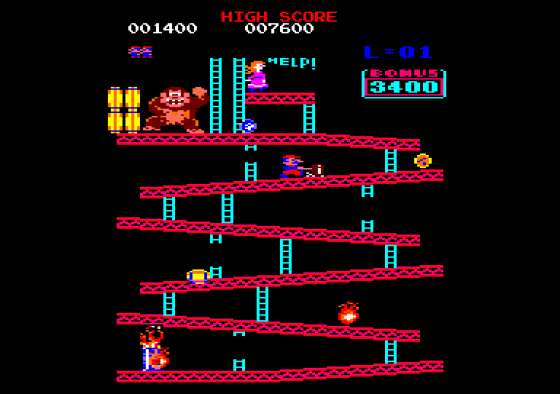 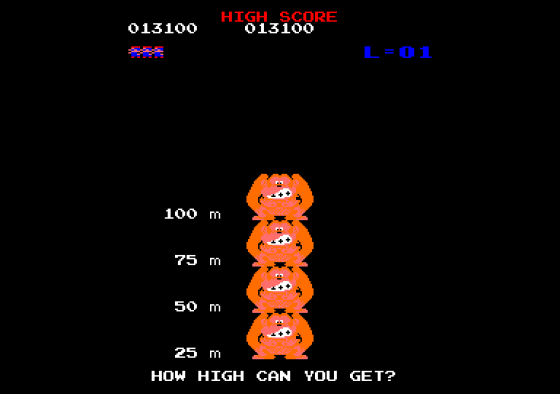 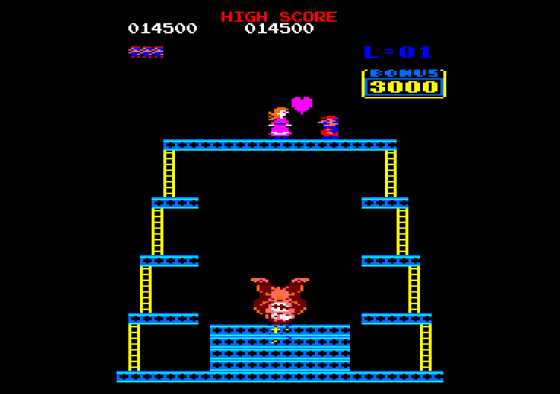