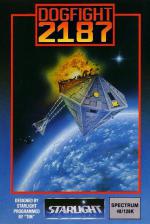 Ha! Zap! Kapow! Another nasty eats the dust! It's the year 2187. All the scientists have suddenly discovered an anomaly in the Alpha Centauri sector! It's a very large hole - so large, in fact, that whole planets are falling into it. You're Rhett Dexter, a shuttle pilot and the sort of person who believes any old twaddle that's told to you - you know, things like fairies and such. You happened to read some obscure little prophesy that said there's going to be an invasion from another dimension! Oh no!!

Your ancestors believed so closely in this twaddle that they even had a hundred pieces of a special force field constructed, which were able to close holes like these, and they hid them out in the galaxy. However, the old ones have left, or died, or something equally unhelpful, and no-one knows whether the stories were true or just the product of a long drinking session. After a similar drinking session you decide oh what the heck, take a couple of weeks off, and go off to find these pieces. Grabbing a few of your mates for company, you steal the most supa-dupa spaceship you can find and off you go.

On my first sight of Dogfight 2187 it looked to be a cross between Top Gun and Elite. The graphics, although they're vector, are a delight to watch - when the game's loaded, f'rinstance, each alien spacecraft zooms onto the screen and spins around in all directions. This is one of the best pieces of animation I've seen on the Speccy yet, 'cos while the spaceship's doing its stuff, information is also coming through on the side. Five minutes later I was still sitting mesmerised watching the new craft come on, and this, for me, made it worth the money.

After snapping out of the trance, you then press a key for the players. There's a variety of options - one player, two player, or two players against the computer. The rough idea is to zoom into battle, kick some aliens around and pick up a piece of the shield. Usually it's as simple as that, though sometimes, at the end of a battle, you'll see an enormous blob coming towards you. This, I found, is a planet, and it'll cause a freak wormhole in space. If you fly through it, your strength and shields go up.

Your control panel is chock full of interesting gadgetmewotzits, including a compass, the number of pieces you've collected (to make a force field you need nine pieces, but you can only carry two at a time), your fuel and shield indicator, screen describing the ship in your sights, a clock (you only have thirty minutes to accomplish your mission) and a radar.

Dogfight is large to say the least - two hundred and fifty six screens in all, each a sector, and with countless baddies to vaporise. Although there are a hundred pieces to pick up, you don't need all of these, so this makes the game a bit easier. Miles better than Top Gun, and the graphics (dare I say it) are better than Elite. If you're into a good shoot 'em up, this is the one for you!

Miles better than Top Gun, and the graphics (dare I say it) are better than Elite. If you're into a good shoot-'em-up, this is the one for you!