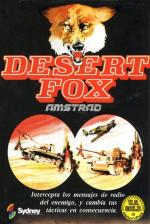 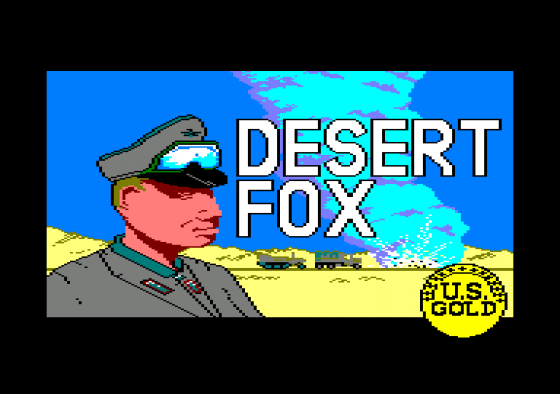 War games are much more accessible these days, a lot of the credit going to PSS for their games which incorporated arcade sequences. Desert Fox follows in the same footsteps but places the stress of the action very firmly on the arcade side with the strategy element less important. It's based on the North African campaign from the Second World War; you are in control of a Sherman tank.

The game map appears on a single screen containing three elements: your tank, Rommel and several Allied depots. Your task is to save all the depots by reaching them with your tank before Rommel reaches one or it falls to the enemy surrounding it. On the map screen there are four options that you can choose from: zoom, radio, air strike and move.

The zoom command lets you examine a depot to see what supplies it has and how much longer it can resist the enemy. If you obviously aren't going to reach it in time you can call up your one and only air strike to buy some time. If you lose a base you lose the game. The radio command lets you examine the route ahead for one of the five possible enemy actions. The move option takes you in the direction the radio beacon is pointing. 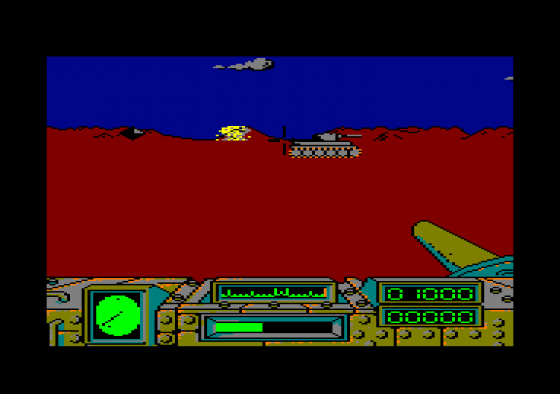 The five battles are convoy, tiger tank, minefield, ambush and stuka. Each one is viewed from the turret of your Sherman, which has to destroy a number of the enemy ox survive for a length of time to complete each one. The convoy section puts you in control of two machine guns, as Stukas and Spitfires swoop across the screen. You have to shoot the Stukas and avoid the Spitfires using the cursors - they arc automatically controlled for each gun; you just decide when to fire. You need to score high enough before the convoy passes in order to save it.

The minefield has to be negotiated as quickly by slaloming through the mines or blowing them up with the cannon. The tank has to be kept on a compass-heading course. The mines slow you down if they hit the Tracks but not when they pass under-neath or wide of the tank. The ambush takes you down a canyon where mortars appear on the walls and a certain number have to be shot - the longer it takes you, the more damage the tank takes.

The Stuka attack has the planes flying straight at you, machine guns blazing. You have to bring them down with the cannon: centre a cursor on them and fire. The planes are located by watching a small radar display; a set number have to be shot to complete the stage. The Tiger tank stage is very similar except that the tanks move across the display, occasionally pausing to fire a shell at you. Enemy shells and tanks can both be shot with the cannon, a set number being required again. 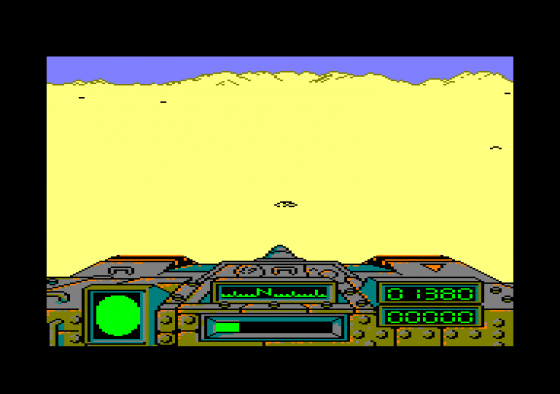 If you encounter Rommel then the action is the same as the Tiger tank stage except that one tank has to be hit eight times. This will save one of your depots without having to visit it. However, Rommel can do plenty of damage while you're trying to dispose of him, so you need to have a very low damage gauge before tackling him.

The arcade sequences are well put together except for being able to 'guide' shells in flight on the tank and Stuka battles, which seems rather daft. There's not much strategy or war game involved, which is a shame because a bit more in that line and it would have had much more lasting interest.

I don't think you can call this a simulation. It's basically a combination of several other games to create five arcade sequences and a simple strategy task.

There are some great, smooth-moving graphics in the arcade sequences but the game as a whole is pretty silly. The ambush stage is pure Star Wars, and the tank-to-tank shoot out with Rommel is just ridiculous. It's all good fun, but the 'strategy' element is just an excuse for those arcade sequences.

Telling Spitfires and Stukas apart can be pretty difficult on the convoy stage, but otherwise there's not much to worry about.

The game is basically a combination of several other games to create five arcade sequences and a simple strategy task... The game as a whole is pretty silly. 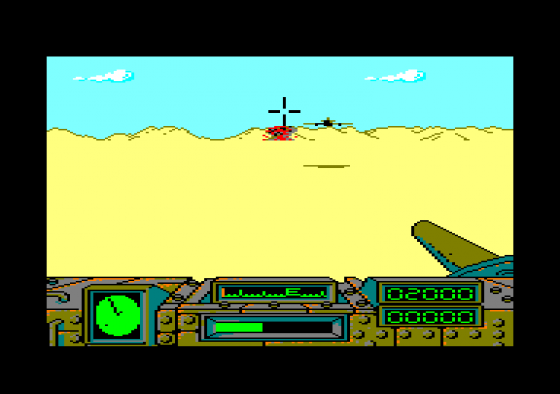 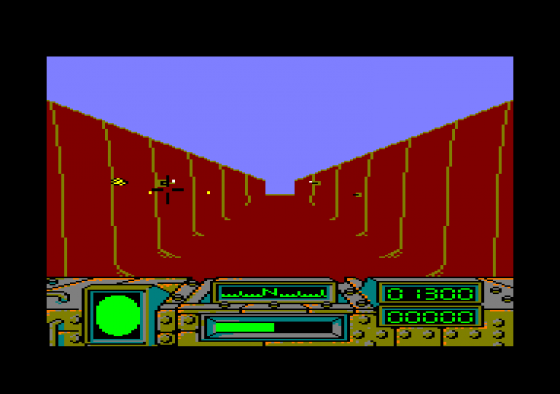 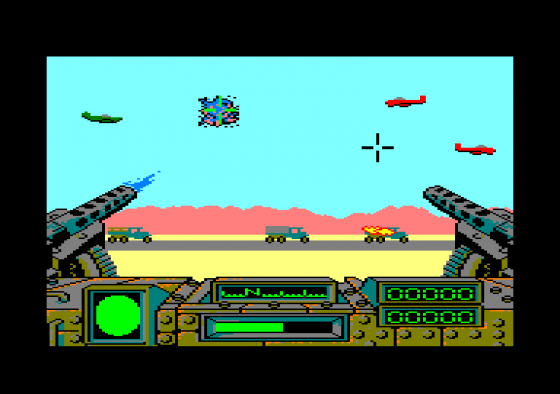