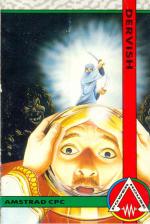 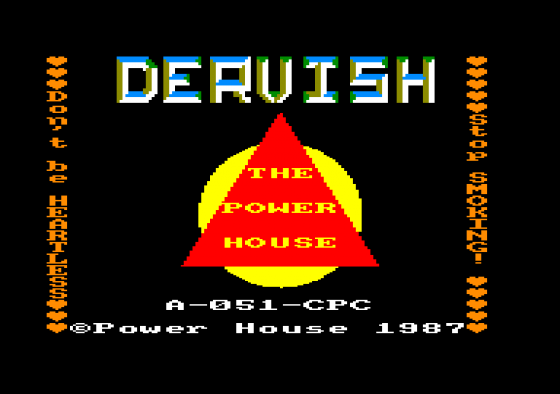 Magic and mysticism feature strongly in the life of the Dervish. Are you made of the right stuff to travel through the eight levels of awareness to reach the Upward Path?

Players of Druid may notice a similarity in the format of the two games. There is the same four way scrolling of the playing area and across the bottom of the screen is a row of icons. These represent the different types of spells that you can cast. There's an energy bar and your rating below the spells.

The area that you're wandering around is filled with lots of nice energy draining monsters that are out to kill you. There are three different types of energy that you can hurl at them: light, brimstone and water. The different creatures are killed more easily by a particular bolt type. There is also an invisibility spell and a smart bomb spell. Keys can also be collected and used to open doors.

When you pass over diamond like objects, a screen appears with a cursor moving at random below the icons. You press fire to select when it's under the icon that you want. A list of objects that you're carrying can be displayed. There are four to collect: autofire, stabiliser, detector and shield. An unusual option is the choice of whether to play the game or explore. The explore option lets you move around freely without dying when you run out energy, but you can't score.

The graphics are bright and colourful with smooth four way scrolling. Sound effects are of average quality and the title tune is just about tolerable. If you want originality then you might as well look elsewhere, but if you enjoyed Druid then this should keep you occupied.

A pretty good effort, this. It's obviously a Druid rip-off, but it's well done and budget priced. Those two factors make it a very worthwhile game. The graphics aren't up to the Druid standard but the gameplay is very similar.

Achieve the rank of Spindizzy.

Some of the sprites merge with the background

Staying Power 58%
P. Eight levels of awareness to progress through.
N. Just a matter of killing monsters and staying alive.

If you want originality then you might as well look elsewhere, but if you enjoyed Druid then this should keep you occupied. 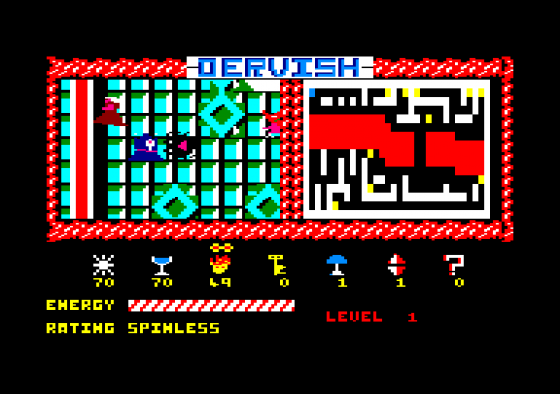