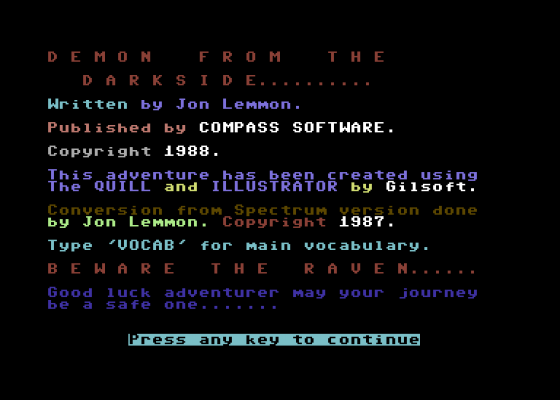 First released on the Spectrum and subsequently reviewed in the December 1986 issue of Crash - it achieved 84% - Demons From The Darkside is now available to Commodore 64 users.

Long, long ago, during the age of the Ring master, a Falcon staff fell into the hands of Drakon, the Wizard of Valonia. Drakon was loathe to destroy such a prize and kept it safe, not knowing that it would eventually turn to the dark side of evil (has evil got a light side?) and take the wizard with it. Soon the power of the staff had completely overwhelmed Drakon and immersed him in great magical powers with which he summoned forth shadow demons to conquer the lands of Valonia. Drakon walked among the vanquished, wearing a golden mask so as not to be recognised, and took their souls to feed the skull of evil which stood in the hall of rats.

Eventually becoming miffed with this evil mage violating his buddies' souls, Ashmeard, the nice old wizard of Dral, stole Drakon's mask and forced him to seek refuge in the cave of Illindel. 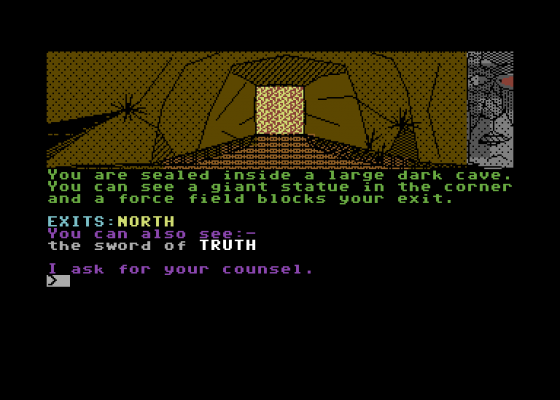 Ten years have passed and slowly, menacingly, the demons are returning to stalk the Earth. As the dark forces grow so Drakon returns.

You play the role of Morrack, apprentice to Ashmeard. It's your task to find and kill Drakon and retrieve the Falcon staff while Ashmeard stays in Dral to fight the demons. You must succeed before the main army of dark forces crosses the lake.

Written some time ago using the Quill and Illustrator from Gilsoft, Demon From The Darkside offers little innovation. The graphics are very basic, the full potential of the Illustrator has not been used and the location/event descriptions are sparse. Spelling mistakes and inconsistencies are in abundance and the puzzles are often obscure. The dragon is far too easily dealt with "KILL DRAGON" would you believe - and some of the spells available leave you guessing as to their use. Even taking into account the age of this game, corn is rife throughout: inserting rubies into eyes to move statues, blowing horns to summon ferrymen and throwing bones to dispense with three-headed dogs. The game even includes the river Styx.

The price of Demons From The Darkside sways the balance in its favour but the overall feel of the game is out of date. It has all been done before... and better.

Demons From The Darkside is available mail order only from Compass Software, 111 Mill Road, Cobholm, Gt. Yarmouth NR31 0BB. They have promised further releases, let us hope they are more original. 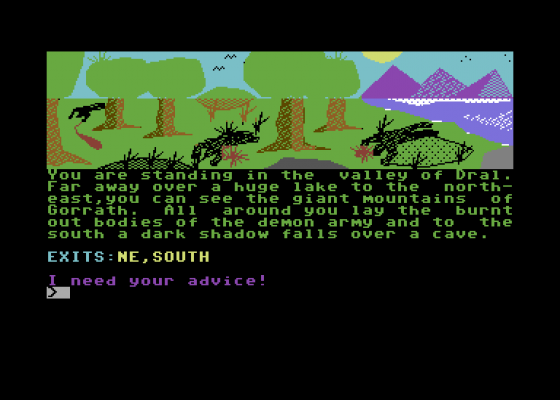 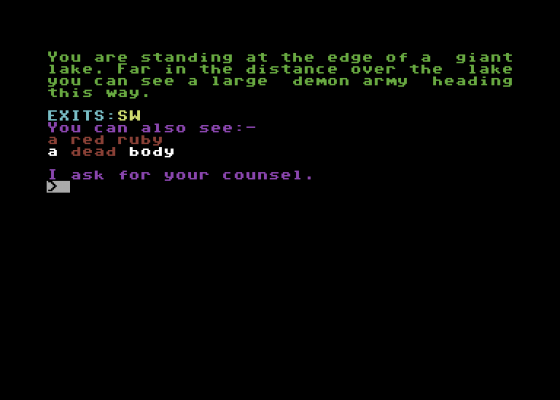