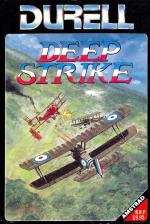 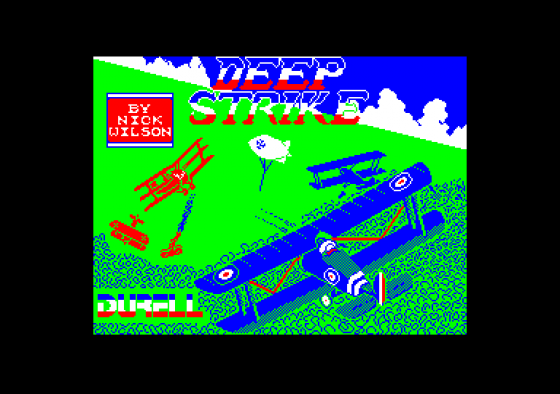 A while ago, Durell flashed into the public eye with their highly successful game Combat Lynx. This used an excellent new system for presenting 3D landscapes, based around contour lines, it was very effective indeed.

3D landscapes have cropped up again in the latest game from Durell, but in a slightly different form. The game puts you in the seat of a Sopwith Camel escorting a flight of bombers out to destroy a Hun fuel dump. However, enemy planes and barrage balloons are standing in your way.

The screen is set out with you sitting on the bomber's tail and slightly below. Planes come at you and you can shoot at them, although this is quite awkward as the bomber is in the way. The ground is a fast(ish) moving gridded surface with the occasional surface to feature to break the monotonous, flat and yellow surface. Every now and again, small buildings appear. Apparently you can bomb these, though the aiming system is a bit crude and I always missed. 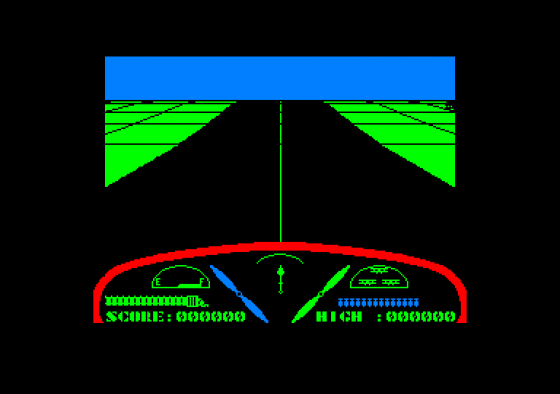 Instruments comprise a damage indicator or you and the bomber, ammo and bomb levels, and a compass to guide you through the worst of the flak. There is no gunsight, you just have to aim by the trails of your tracer bullets.

There is a map to help you on your way that lets you see your position in relation to the position of your main target. Once this is flattened, it is up to you to get the tattered remnants of your flight home for re-fuelling.

The game has a nice look to it, and the crudity of the instruments makes it very WWI-ish. However, the 3D effect of the ground never really works. The other 3D effects for the planes getting bigger as they approach is done in steps that are too big, giving the objects a jerky appearance. The gameplay is also a bit weird due to your plane reacting very sluggishly compared to the enemy craft. This makes it a game that I am not too keen on.

The gameplay is a bit weird due to your plane reacting very sluggishly compared to the enemy craft. 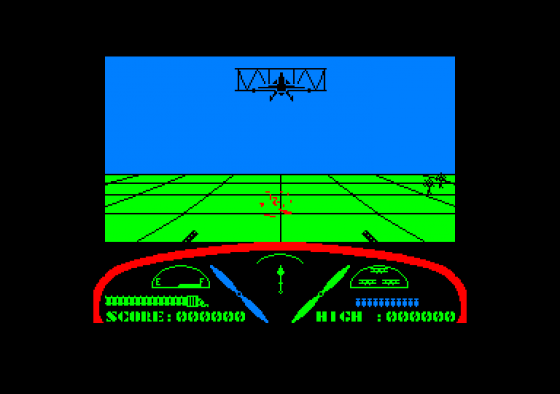 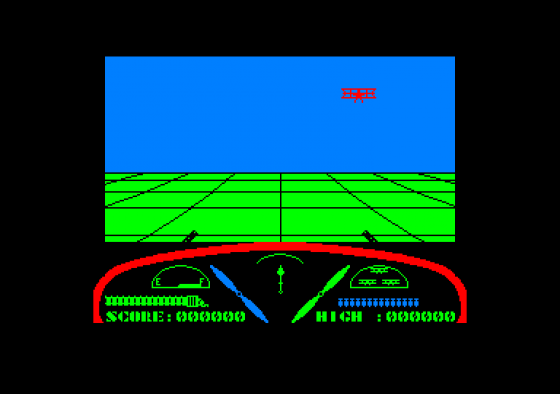