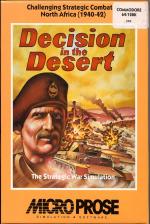 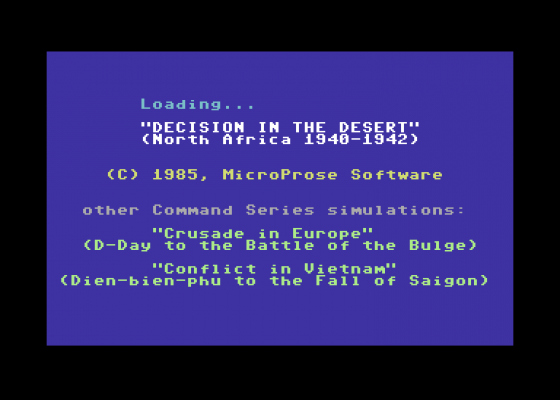 These two disk-based games from MicroProse represent the best strategy wargames which I have played. Although similar in concept, the situations encountered vary as widely as the terrain on which the battles are fought and each disk contains five simulations of the major battles in each campaign.

Decision In The Desert covers the major battle in the North African Campaign between General Rommel (the Desert Fox) and Field Marshall (Monty) Montgomery from Sidi Barani and El Alamein.

Crusade In Europe covers the period from D-Day to the Batle Of The Bulge which was the decisive factor to victory in World War II. 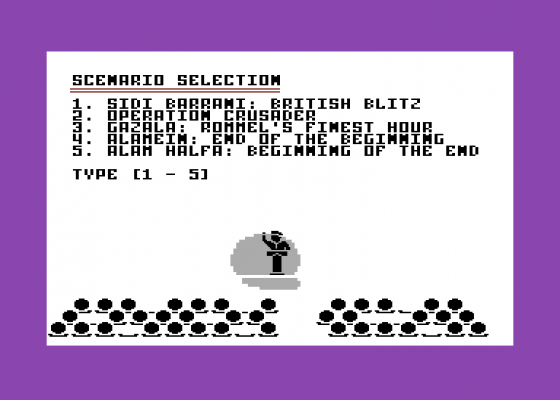 You can choose whether to be a German or Allied Forces commander and the computer, or your opponent, takes the other side. In this way, the course of history can be rewritten in the saety of your living room depending on your skill at controlling the troops under your command.

For each battle, a detailed map is drawn showing the relative positions of the various army units at the beginning of the battle. These can be selected as icons or symbols depending on which you feel happier with.

The prime targets are the enemy's HQs and supply depots based on the theory that an army who can't eat, can't fight. 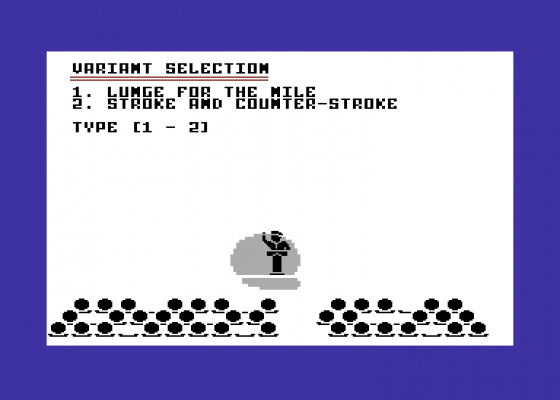 Each battle is played in real time so the moves must be made quickly if advantage is to be gained. A sense of time passing is given by weather and status reports flashed across the top of the screen and as day turns to night the screen colours change to give a visual indication.

You can check the compliment and condition of each of your own army units at any time, but enemy units can only be evaluated when you are close enough to engage in battle.

There is a graduation of difficulty which gradually rises as you progress from the first game to the fifth but if you wish to start with a particular battle you can select this at the beginning of each session.

Like board-based wargames, each section of the campaign can rage for several hours but a time limit is placed on the battle which relates to the actual war situation. An unfinished game can be saved onto disk and reloaded at a later date.

Although the real life war was much more involved than these games can show, it does give some idea of the problems faced by the two armies trying to keep supply lines open whilst advancing on the enemy.

War games are not everyone's cup of tea, but I find them fascinating. How did I fare in my campaigns as the Allied Forces? Deutschland, Deutschland, uber alles.

Although the real life war was much more involved than these games can show, it does give some idea of the problems faced by the two armies trying to keep supply lines open whilst advancing on the enemy. 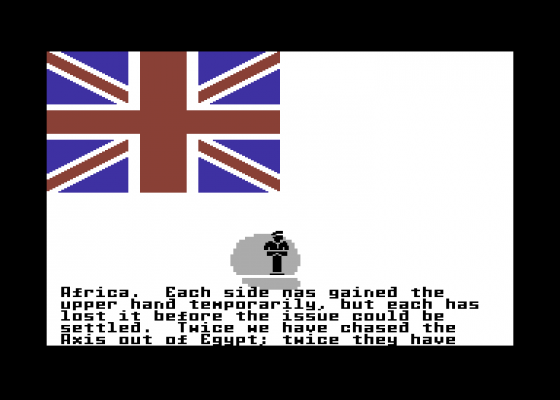 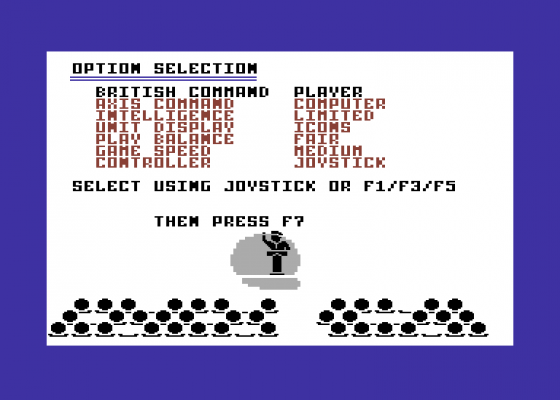 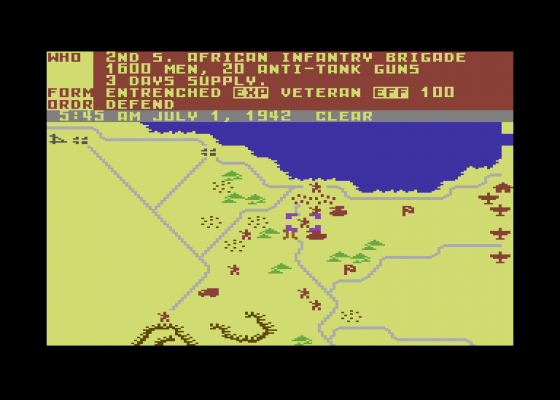 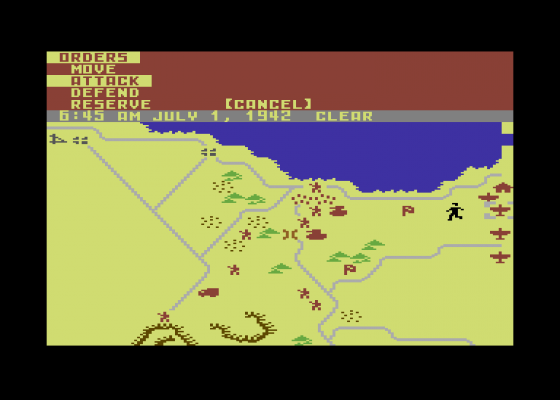 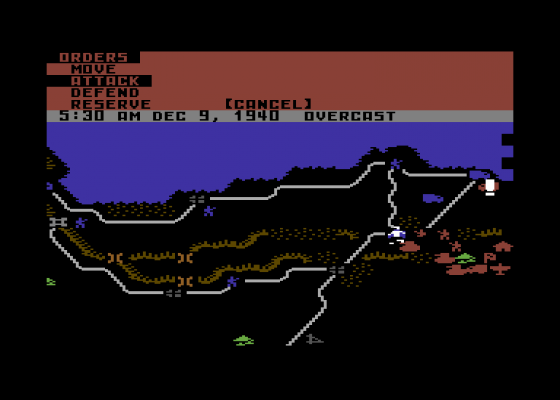