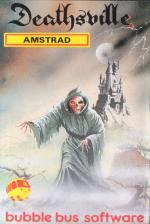 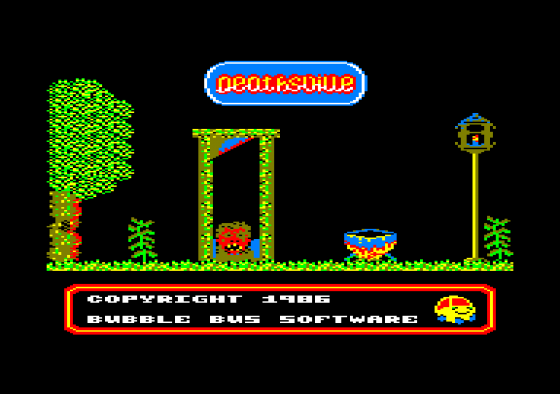 This charmingly entitled game is from the same authors who produced Tombstowne under the Amsoft label (Tombstowne/Deathsville get it?). It features another assortment of ghoulish inhabitants and a testing series of arcade adventure puzzles.

The hero is once again Sammy Solver who, having apparently got out of Tombstowne, is now trapped in Deathsville and has to get out of there. Once may have been an accident but twice seems rather careless. Fortunately his adventures in this new game are completely different with a whole new town and an awful lot of objects and locations.

There are about 50 locations, each one featuring some very nice background graphics including some rather unpleasant pictures of a guillotine and severed heads. Some locations have moving hazards that drain Sammy's energy when they touch him. These move in patterns but can be fairly easily avoided most of the time. 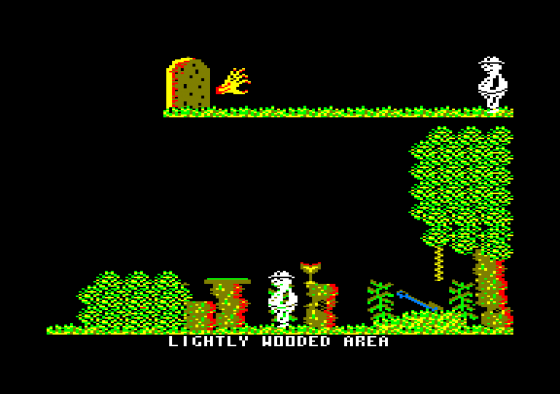 Sammy's energy is represented by a gruesome hand at the top of the screen which moves towards Sammy as energy falls and will eventually grab him and drag him to a tombstone. Energy can be replenished though by picking up a particular object which will push the hand backwards slightly.

You can carry up to four objects at once and when you are carrying the right object and walk to the right place a task will be automatically completed. At first this will be extremely difficult because not only have you got to work out what an object does but also what it is. This is because many objects are not instantly recognisable.

The animation on Sammy as he walks and jumps around is good but he is completely white either he's very scared or the programmers were trying to avoid colour clashes. 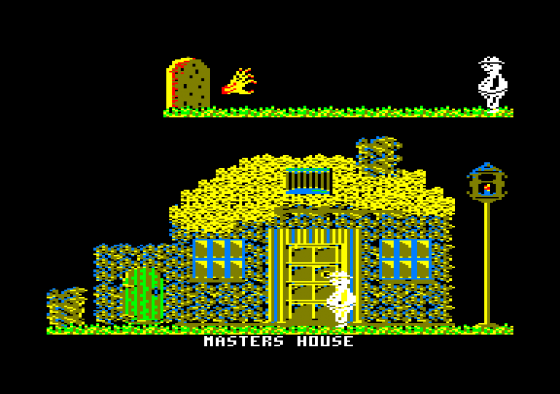 The game will not be at all easy to complete because there are an awful lot of tasks to do. However, the frustration of not being able to recognise some of the objects may cause problems. If you enjoyed Tombstowne you'll certainly have fun with this one but I can't see Sammy Solver establishing the same sort of fan club for his pot belly as Wally Week has.

Deathsville is a pleasant enough arcade adventure, if you can take the ghoulish scenario. Very hard to work out how to crack it, and it has some niceish graphics. But why is Sammy transparent?

The graphics may be colourful, but they're also rather messy. If identifying obscure and poorly drawn objects is your idea of a challenge, then it's certainly challenging, but it's all pretty unrewarding. I always thought the idea of large graphics was to allow more detail - as it is they're just large.

Everything's perfectly visible, for what that's worth - but colour was all the graphics had going for them anyway, in my book.

N. Hard to identify some objects.
N. May take a long while to work out the tasks and therefore get hooked. 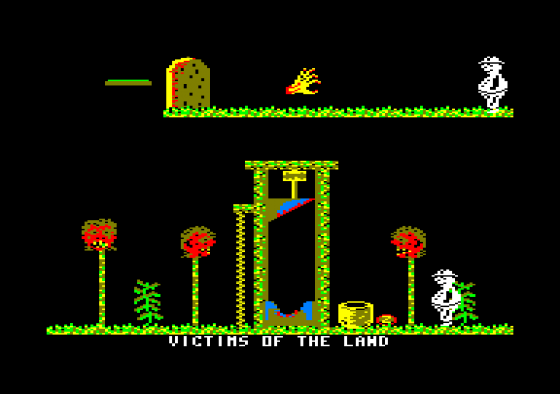