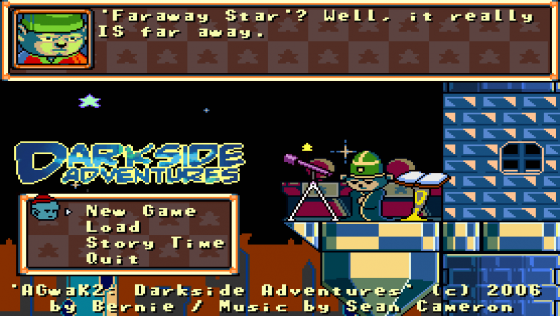 Darkside Adventures is the sequel (of sorts) to Berie's previous platformer A Game With Kitty and was designed to look and play like the console classics on the 8/16 bit Nintendo and Sega (the influence from certain games should be obvious from viewing the game's graphical style in the screenshots provided). Admittedly, I'm not particularly keen on cutesy platform games, retro or otherwise, but in preparation for this review I did find playing the game to be a surprisingly entertaining, involving but equally frustrating experience.

As with most classic games of the genre, the story behind Darkside Adventures is essentially inane, so we'll skip most of that for now - all you need to know is that it involves a quest to find a lost crown and save the world, etc. However, the design and game concept has been incredibly well thought out - it's immediately clear upon playing the game that a tremendous amount of work has gone into this release. The presentation is excellent, with beautiful pixel art and audio that would have been considered commercial quality in the 16-bit golden years. Likewise, the game structure and level design is near on a par with the classic Mario series - requiring both thought and dexterity to complete the challenges laid ahead of the player.

Darkside Adventures does start out at a rather sedate pace with plenty of narrative between game characters, but it's clear that this was implemented as a way of introducing the player the various game-play elements and problem solving. However, things soon change upon making progress, as there are a number of special abilities (sorry - no spoilers!) that are gained by the player throughout the game and plenty of secrets to be found, both of which add to the longevity of the adventure. Surprisingly, Darkside Adventures has a lot of depth.

It's not all good though - unfortunately the difficulty curve is very steep for what is seemingly a game aimed at younger players. There are a lot of puzzles that require incredibly tight and precise timing to pull off and things can get a little frustrating after you've had to leave and re-enter a level a dozen times to throw a one-off bomb at a destructible tile. Likewise, the boss encounters can take a lot of practice to beat - not because they are difficult, but due to each boss taking a huge amount of punishment before defeat. As a result these encounters can become a little bit tedious, which is a shame because it could easily be rectified via a little fine-tuning and game-balancing.

These slight flaws aside, Darkside Adventures is still one of the most original and enjoyable retro-platform games I've played on the PC for a long time and is highly recommended to fans of the genre - especially for those looking for a challenge.

Boss encounters can take a lot of practice to beat - due to each boss taking a huge amount of punishment before defeat. 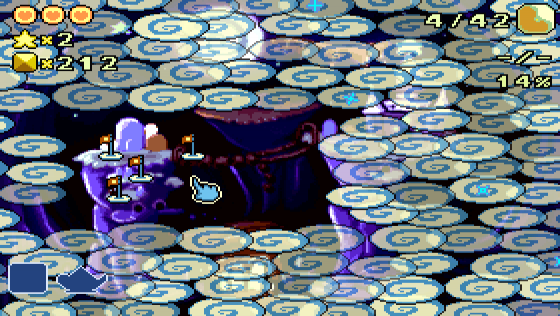 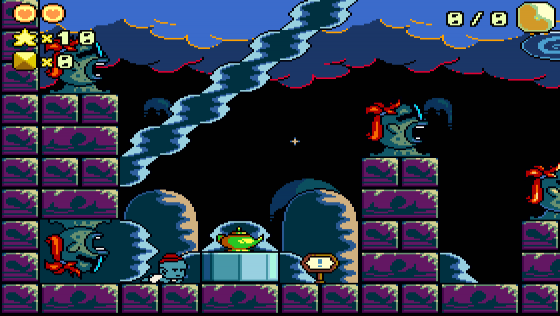 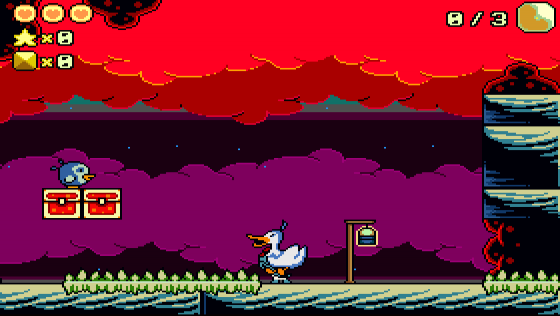