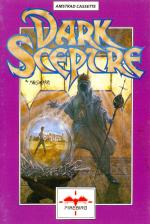 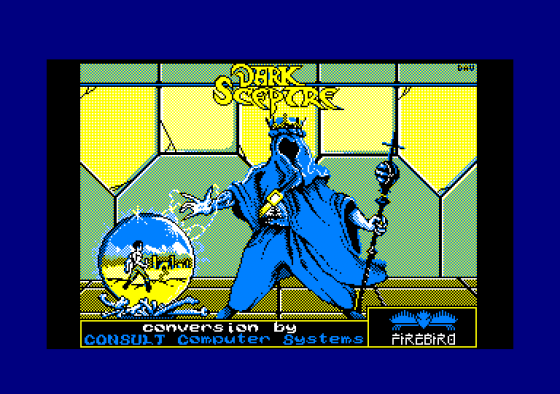 The Dark Sceptre is an evil artifact that must be destroyed. You command a company of men that have the task of destroying it. You are not the only one seeking for the Sceptre though; six other commanders are also on the hunt for it and they will stop at nothing to find it first.

There are two main areas to the screen display: a large graphical representation of the current location and its occupants, and below it a panel through which you enter commands and receive information. Five different commands can be entered: watch, scan, check, plan and quit. Scan shows you an overhead view of the island and highlighted squares indicate the position of your men. Check gives you information on the personality and orders of the currently selected character. The plan option is used to issue orders to your men and quit allows a partially completed game to be saved. The watch option is used when you hear the sound of battle; you then get to see the battle between your warrior and the foe. You have eight types of men in your force, each with their own strengths and weaknesses.

If you want to see big, animated graphics then this has definitely got them. Unfortunately they move so incredibly slowly that the speed of the game is reduced to a snail's pace. Sound is just footsteps and sword fight effects. 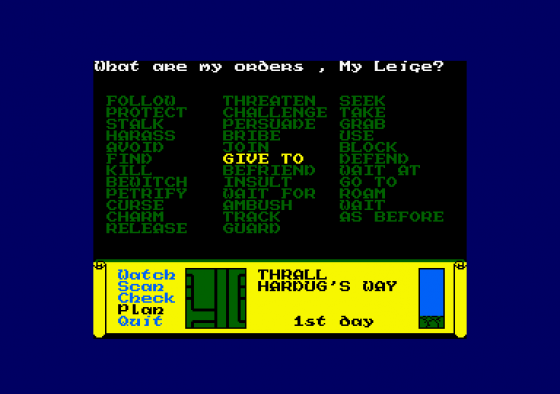 There are lots of things that you can tell your warriors to do, but watching them walk around doing them is slow and boring. The idea of the game is fine; it's just executed very badly. If you want to spend lots of time watching things happen as if they were an action replay then try Dark Sceptre. Otherwise you may as well save your money.

Dark Sceptre is a tremendous idea for a game but a complete disaster in implementation. I like the idea of controlling many characters with detailed instructions, making allowances for personality and trying to complete a complicated quest... What I don't like is watching a bunch of slowly animated characters jerking around aimlessly, getting gradually wiped out.

Results aren't tangible enough to reward good decision making and the whole thing is too much of a spectator sport. 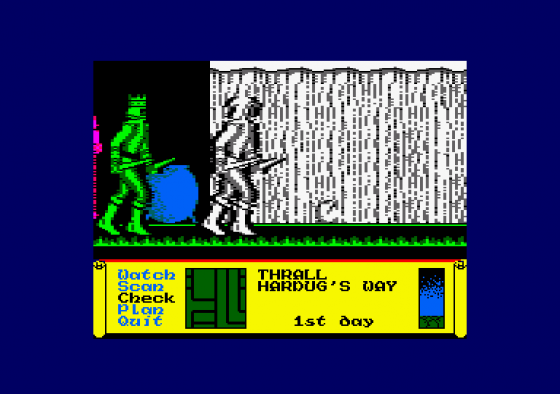 You can still see what's going on in green.

Sonics 23%
N. Footsteps and sword against sword are all you get.

Grab Factor 36%
P. Lots characters to investigate and commands to implement.
N. Slow action will put all but the most persistent off.

Staying Power 57%
P. The quest is a complicated one to complete.
N. Unfortunately most of the time is spent waiting for something to happen.

Overall 47%
N. Another that promised a lot, but failed to deliver.

Another that promised a lot, but failed to deliver. Unfortunately most of the time is spent waiting for something to happen. 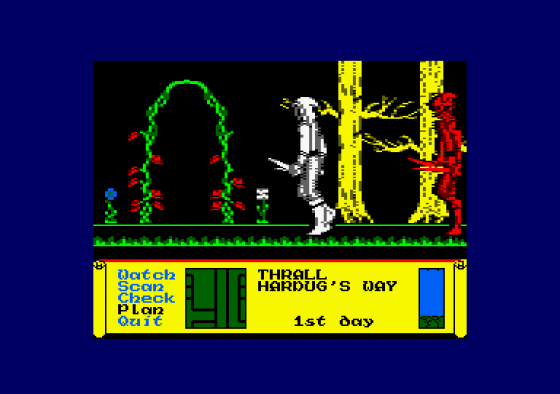 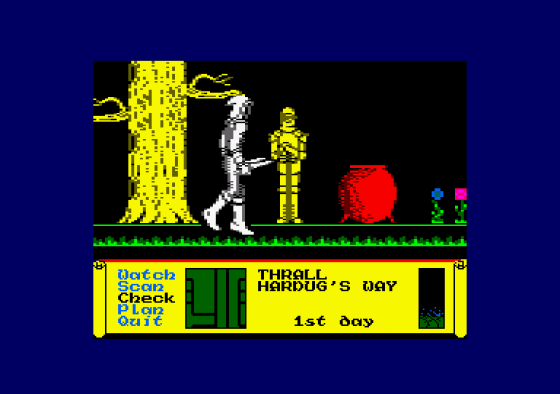