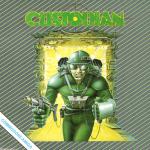 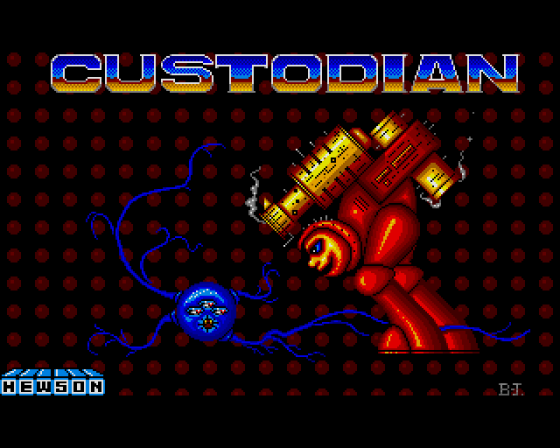 Overcrowding on planet Earth has become a serious problem. Space is at a premium, so instead of wasting ground for the burial of bodies huge tomb ships have been constructed in space. Unfortunately, alien forces have taken over the tombs and placed explosive pods throughout their interiors. Who's got to protect them? No prizes...

The blurb for Custodian rates this as Hewson's "most destructive game yet". This is true to a certain extent, in that *you* get destroyed all the time - it's so annoyingly difficult!

Sure the graphics are nice and the sound is well programmed but the game, the *game*...! What happened to the game?! 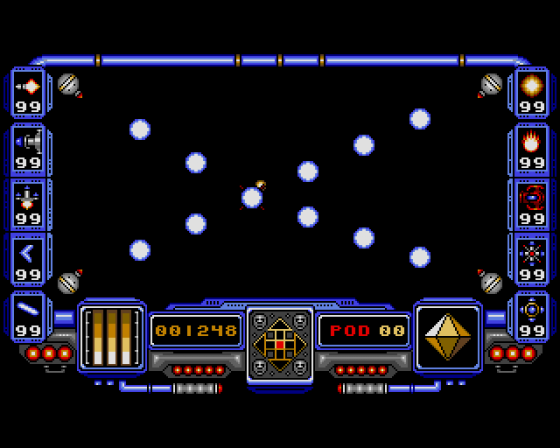 When playing a supposedly speedy shoot-'em-up I expect to be able to blast seven colours out of things, not watch as my weapons drift uselessly off the edge of the screen having inflicted no damage at all.

Sorry, but Custodian is just a blot on the Hewson copybook.

I always thought that shoot-'em-ups were supposed to be games where you fire lots and kill loads of things, not a game where you have to be careful with each round of ammunition and even when you are the aliens don't die. 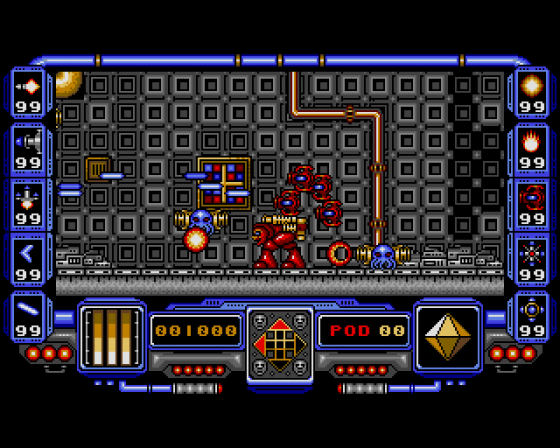 The only feelings that this game produced were of frustration and helplessness - so it's one of those: nice program, shame about the game. A pity.

Presentation 69%
Clear and precise appearance but the nasty weapons control is incredibly infuriating.

Graphics 90%
Excellent sprites and backgrounds flying around over effective backgrounds.

Hookability 54%
The nice appearance is attractive at first but the dreadful control makes you want to give up almost immediately.

Lastability 42%
The programmers boast three levels of 250 screens each, but will you want to get there? I think not. 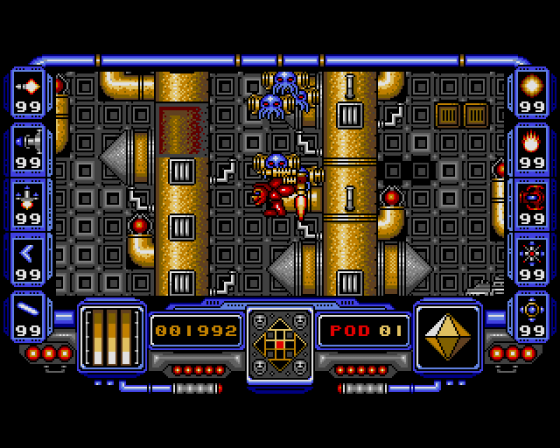