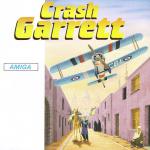 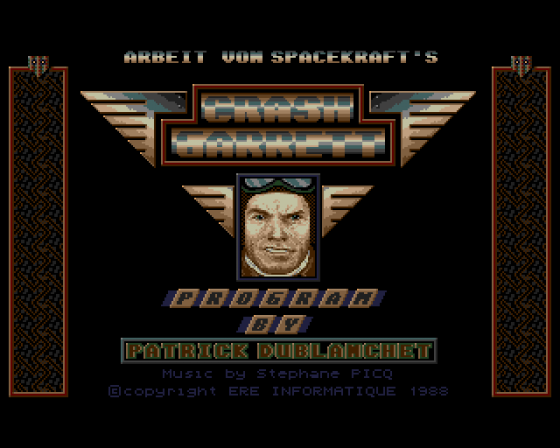 Remember Arbeit Von Spacekraft's film Crash Garrett? Er... well, nor do I [I don't go to the cinema much, anyway - all those people getting in between my toes give me athlete's foot! - Ed] but it's apparently on this epic piece of footage that Crash Garrett the computer game is based.

For those of you not in the know, Crash runs an air-taxi business for those dirt-rich people who made their money in the movie business. On this occasion he's been commissioned to take the lovely Chnthia Sleeze on a trip to the town of Lone Pine. Crash is a pretty cool guy - so situations that would turn lesser heroes into a mound of steaming jelly leave him cold as an ice-cube. Howeveer, growing evidence that a certain Dr Thorn's hospital is a front for subversive Nazi activities is just about serious enough to send the tiniest shiver down his spine. When a mechanic comes for him with an iron bar and he's asked to strange Cynthia with his bare hants, it really is brown trousers time.

"Will Crash die?" you ask. "Is this the end?" Well... not necessarily, because by some incredible stroke of luck, Crash has a permanent dialogue with a voice inside his head and guess who that voice belongs to. Screaming Lord Sutch. No, sorry, You. 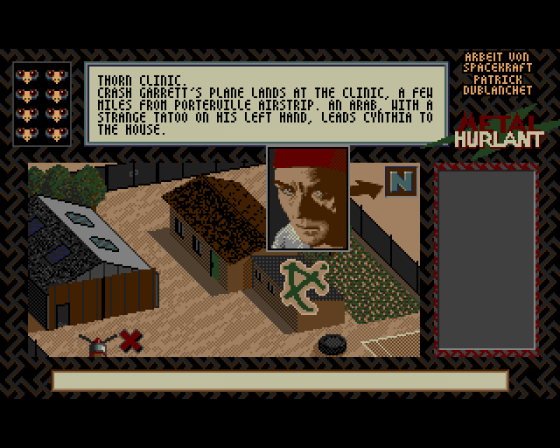 The action unfolds in atmospheric cinematic style with speech bubbles, sound effects and limited animation at crucial moments in the plot. Crash speaks to his internal voice in chronically slurred, digitsed speech - nowhere near as musical as a gnome's dying grunts.

When he lets you get a word in edgeways (and believe me, this guy Crash loves to talk) a typed in command moves the action along by itself in a certain way. This is definitely interactive fiction rather than full-blown adventure because Crash (not the most intelligent movie-star ever) takes over for periods at a time, completely ignoring his inner voice. While he's not speaking to you, he could be crashing his plane, chatting up a dame or falling off the nearest cliff - and you can't do a thing to stop him. Serves him right.

The parser, if you can call it that, isn't up to all that much. Complex commands are recognised occasionally but most of the time Crash (the original dimwit) decides he can't do what you've just asked. Conveniently (wink, wink) he's got a reputation for being very obstinate.

Not that any of this matters all that much in the end. It's worth playing just to watch all the biff and bash effects - just like the mega brilliant Batman TV series (my favourite). A few extra sound effects would have been nice, but even without them the tongue-in-cheek, corny MGM-style cinematics are great. So what if the gameplay isn't all that complex - unless you're a deathly serious bastard who wouldn't recognise a sense of humour in a prickly boiler suit even if he sat on one, it's *still* worth giving this one a try.

It's worth playing just to watch all the biff and bash effects - just like the mega brilliant Batman TV series. 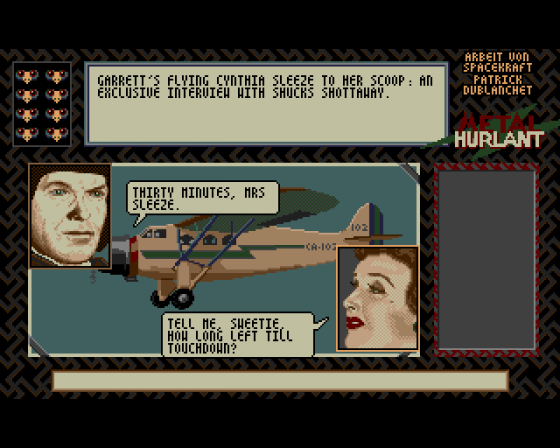 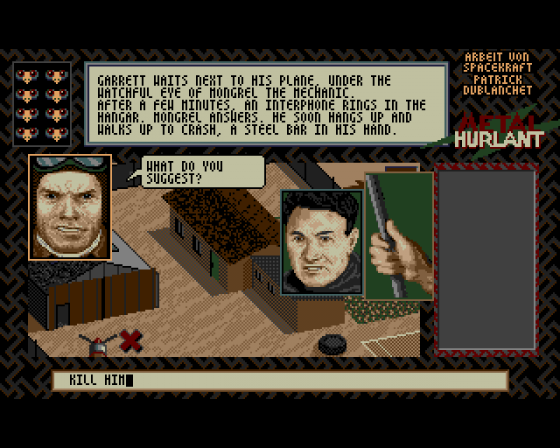