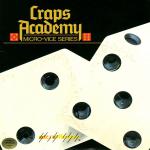 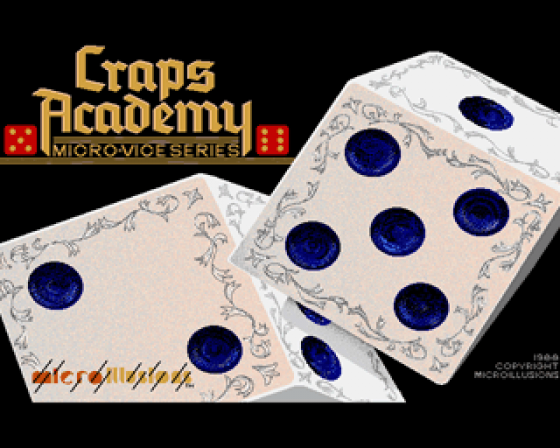 If you're prepared to take the risk, one of the fastest ways to big money these days is a quick flutter - and next on the list is gambling. Playing the tables in Las Vegas is a bit of a pose, but when the tables win the unlucky gambler is left without a tuxedo to his name.

Now the riss of such vices are gone. Craps Academy allows you to lose your shirt without any risk of bankruptcy or having your kneecaps shot off by casino-owning gangsters.

This is an icon-driven simulation of Craps, in which players place wagers on the roll of a pair of turds. No. Dice. A turn at the table is begun by setting the amount you wish to bet. You then select one of the several types of bet available by placing your ships into an outlined area of the table. The table display is three screens long, so you can imagine that the betting options are quite extensive, covering just about all combinations of roll, each with its own set of odds and its own silly name.

Select the Roll Dice icon and watch the dice bounce down the table. The stickman (the person who runs the game) then comments on who wins what and the chips are reapportioned accordingly.

Play passes thus between up to four gamblers until only one remains solvent.

Why do programmers both transferring gambling games to computers? Surely people only play games like Craps to win money?

You can't use it to work out strategies because, as the manual says in one of its more intelligible moments, there are plenty of foolproof systems, none of which work.

The convoluted gameplay doesn't help make the game fun either, as making any progress at all requires you to learn umpteen different terms for dice combinations just to make sense of what the computer Stickman is telling you.

After making concentrated efforts to do this my brain was quite honestly tied in knots, and I envy anyone who can actually understand the multitude of mathematical rules and relationships between bet types, points and odds.

If you think playing Craps is likely to be a valuable social skill in your future life, then by all means take a look at this. I'm much too simple a soul to enjoy learning the game in such an unrewarding format.

Craps Academy is all very nicely presented, what with its scrolling table, extensive use of icons and instructional pull-down menus, but I'm afraid it has the same fundamental problem as all other gambling games.

There's little point playing a gambling game such as Craps if all you're going to get out of it are a few extra pixels in your corner of the screen.

For this reason I don't think the game would even appeal to real-life Craps players unless they were trying to wean themselves off their gambling habit. Novice gamblers would no doubt also be put off by the incredible amount of jargon used in the rules, which read like a Government White Paper.

There are so many things to bear in mind just when placing a bet that play is hideously over-complicated and consequently Craps Academy is not much fun at all.

Presentation 75%
Beautifully presented on screen, with extensive use of menus and icons, but the instruction manual hasn't been written with the novice in mind.

Graphics 60%
Nicely drawn and smoothly animated table and dice, but that's it.

Sound 25%
Not much apart from sampled chip-counting and dice-rolling effects.

Hookability 24%
Complicated instructions make it very difficult to get into unless you've played the game before.

Lastability 27%
Little to play for except extra chip graphics.

A complicated and unrewarding gambling game. 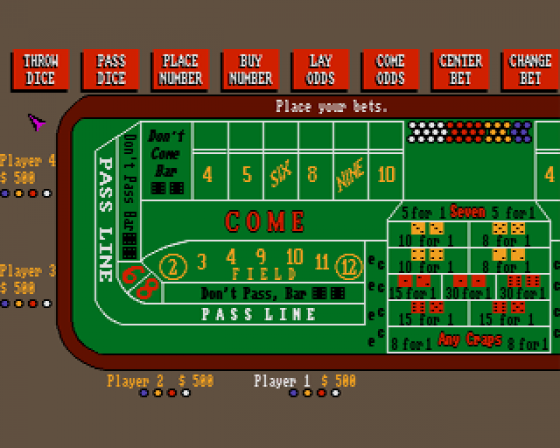