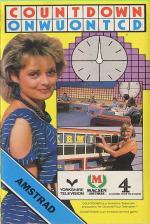 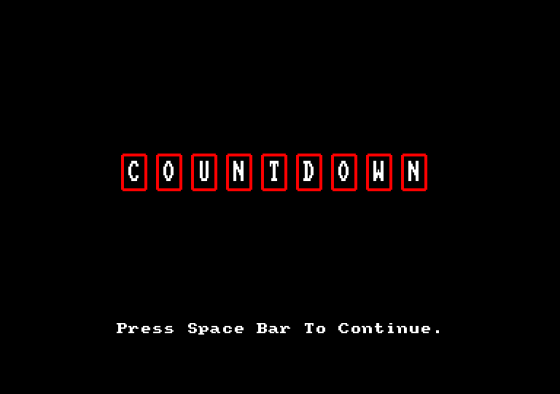 Yet another quiz game from Macsen who seem to have the rights to every silly game show on television. This one recreates the Channel 4 show where contestants are tested on their knowledge of words and numbers against the clock. Like their previous games Blockbusters and Bullseye it is mostly limited to being a two player game.

The quiz show consists of nine rounds of play, six based on anagrams, two on numbers and one on a word puzzle. The game can be played by two people competing against each other or by one person trying to get a high score. The computer acts as scorer and judge but can be overruled when it doesn't know a legal word.

The six rounds based on anagrams are the major part of the game where most points can be picked up. One of the players has to choose nine letters, each choice being between a vowel or a consonant but otherwise entirely random. The players are then given 30 seconds to think of the longest word that can be formed from the letters chosen.

At the end of 30 seconds the words have to be typed in and checked against the computer's dictionary. If it doesn't know a word but the players know it's legal the computer can be forced to accept it. The player with the longer word gets a point for each letter in it, both players scoring for equal length words. If the computer has managed to do better it will also show you its word.

In the one player option the process is the same with the most absurd thing being that the computer effectively competes with you but doesn't score for itself so that you only have a high score challenge. In the numbers game the player has to choose six numbers from four rows, one of which has numbers of 25, 50, 75 and 100 and the three others containing numbers between 1 and 10. A random number between 100 and 999 is then picked and the players have to achieve that total using the six numbers provided. Addition, subtraction, multiplication and division can all be used and you don't need to use all of the six numbers. Again this has to be done within 30 seconds. At the end the computer will show you how to do the calculation if you didn't manage it.

The final stage is an anagram which you have to unravel to form a nine letter word, again within the 30 second time limit. All this is fine as a two player game but it has all the limitations of that and the rather absurd situation of a one player game that could so easily have been a lot more interesting than it is. Good quiz action though, that may well get you thinking.

A vast improvement on Blockbusters, etc but still pretty dull. Of all the things you can put on a computer, TV game shows have to be the weakest and least interesting.

N. Why didn't they implement the one player option as well as they could?
N. Many people don't like quiz games.

Good quiz action that may well get you thinking. 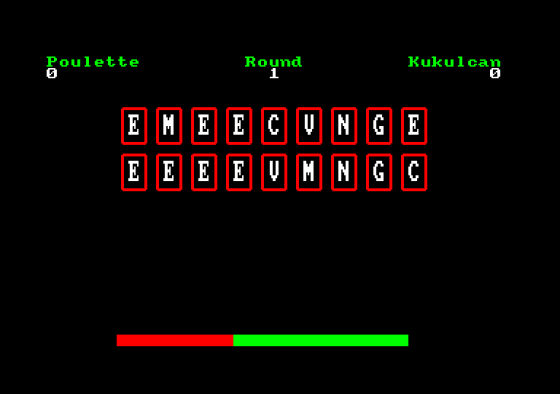