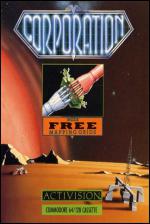 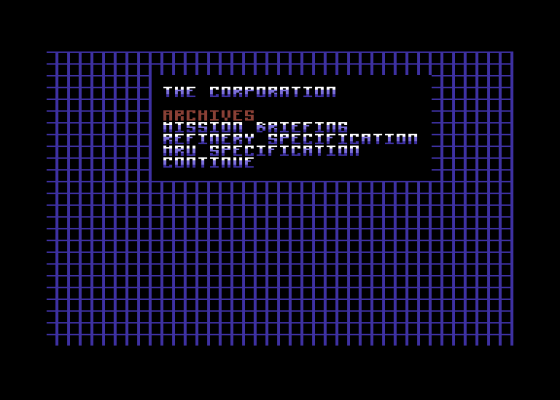 In the 31st Century, individuals have allegiance to one of the all-powerful Corporations.

The player commands a deep space robotic mining team, excavating an asteroid rich in the rare Minorthian crystal. Time is short, however, since the asteroid is on a crash course with a sterile moon.

The game is multi-loaded in three stages. The first section provides details about the game: Corporation archives, types of mining craft available, refinery specifications and a mission briefing. The second accesses the Mobile Robotic Unit (MRU) selection screen, from which the game parameters are altered. Three kinds of MRU are necessary before effective play can start: survey craft spot the randomly-placed crystals and identify dangerous unstable ground, mining units pack the crystals into canisters, and trucks return them to the refinery. Additional units such as guns or cloaking devices are used for hostile actions against the opponent. 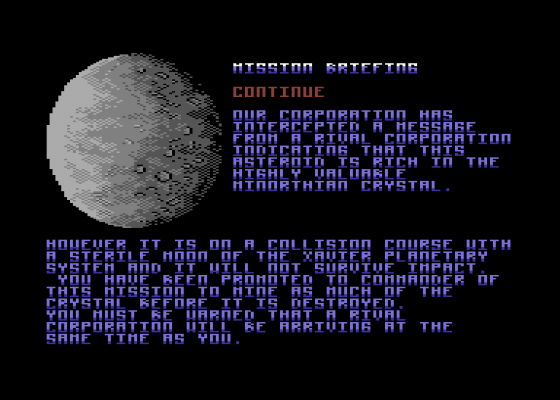 A third load accesses the game itself. The action always involves two players, but there's a choice of opposition between human and computer. There are two basic screen displays for each participant. The first shows a grip map of the asteroid. Equipment is directed within the grid system as necessary, and mining/retrieval operations are initiated automatically.

The second is a 3D view from an MRU, allowing visual identification of crystals and opposing craft. If a gun is owned, the opponent's units are targetted and destroyed.

On loading Corporation I was at once impressed by the presentation of the plot and background material. Sadly, the game proper doesn't quite live up to initial impressions, and although the idea has tremendous potential the player feels detached from the action because there's little interaction to be had apart from directing units to spots on a map. 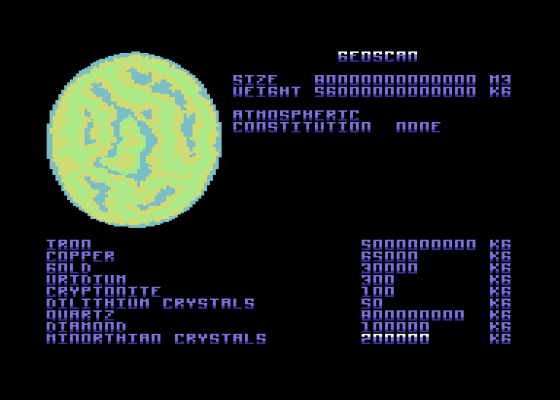 The destruction of rival machinery is only intimated, where a more involved sub-game would have been better. It's also a pity that you can never actually see other units on the landscape without resorting to the computer zoom, Corporation would have been more engaging had I been more of a strategy fan; I wasn't as engrossed as I could have been.

Although it contains elements of blasting, Corporation is more a strategist's game. It requires a good deal of planning and thinking; on later levels this expands to two places at once.

The first level is easy, even on the most stringent time limit, but later levels incorporate some tricky crystal targets and the action gets tough when you provoke your opponent. Graphically it's very polished, if a little lacking in variety. 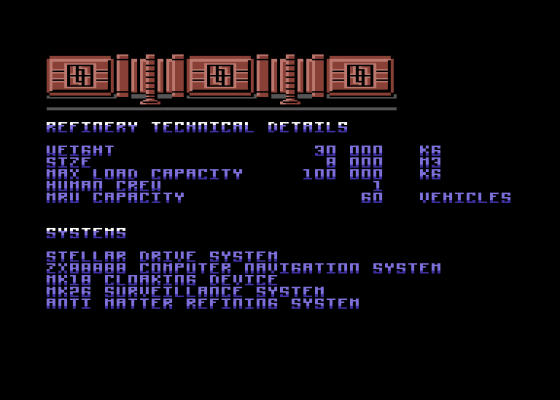 The information screens are superbly drawn and the landscapes are more than functional. The only problem is the gameplay: it's interesting, and it's the sort of game you'll come back to if you like strategic action, but I didn't find it compelling enough to play more than one game at a time. It's an unusual idea, and for anyone who wants a change from the ordinary, it's definitely worth a look.

The idea behind Corporation is commendable, and the blend of strategy and blasting action should have worked well. However, the designers have reduced the theme to its most basic elements and the result is rather boring and repetitive, redeemed only partially in its two-player mode.

No single section is particularly outstanding, graphically or otherwise, and the whole just doesn't grab the imagination. The process of mining still holds more than enough content to justify an interesting and strategically captivating game (read about the Rio Tinto Zinc Company if you don't believe me), but the effort made by Corporation only begins to scratch the surface. 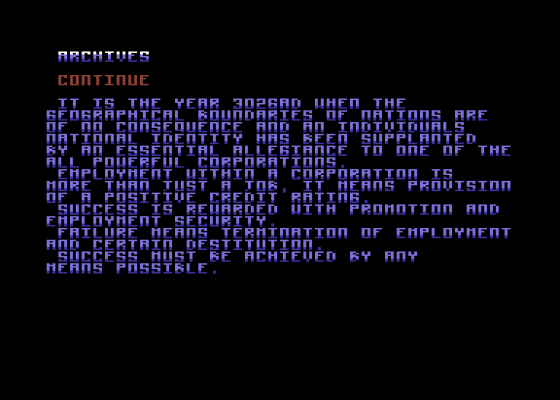 Sound 68%
Appropriately stern title track, but little in the way of in-game effects.

Lastability 59%
If you enjoy the action on offer, the random crystal placement and increasing difficulty make the game worthy of repeat plays.

Overall 62%
An original and enjoyable concept ruined by lack of variety.

An original and enjoyable concept ruined by lack of variety.