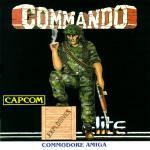 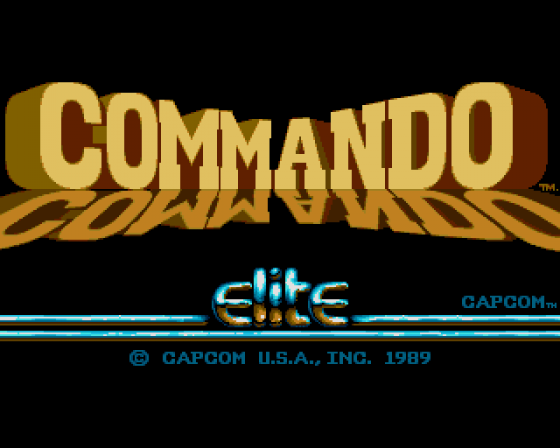 About four years ago, Commando burst into the arcades. It's a vertically scrolling shoot-'em-up in which the player guides Super Joe Crack, mega commando, on a mission to defeat an entire enemy army single-handedly. The coin-op was very popular, and Elite snapped up the licence and released computer conversions, which made number one in December 1985.

Now, after all these years, Elite have got the licence out of the cupboard, blown off the dust and released 16 bit conversions...

The game is very straight-forward to play. All you've got to do is guide Joe up the screen and blast everything that moves with your trusty machine gun. Joe's also got a limited number of grenades which he can lob at groups of soldiers, enemy vehicles and gun emplacements to take them out in one fell swoop. 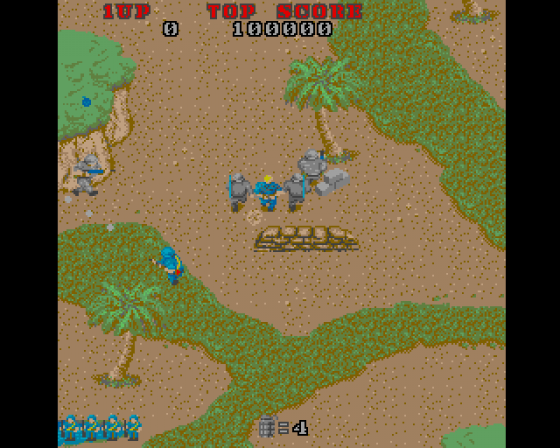 There are eight different levels in all, each one ending with a fortress where Joe is confronted by hordes of oncoming soldiers - blow them all away and he can continue onto the next screen.

As Joe progresses through the landscape the mission gets more and more suicidal, with soldiers hidden in foxholes, an enemy airfield packed with bazooka-toting soldiers and dozens of gun emplacements waiting to send the hero home in a wooden box.

The Amiga conversion of Commando is almost a pixel-for-pixel copy of the coin-op in fact the only difference is the music, which sounds very muffled, not at all like the stirring arcade soundtrack.

However, the big problem is that the Commando-style of game looks very basic when compared with newer software. The gameplay, although fun for a while, is ultimately limited, and it won't take long before you go all the way through the game.

Those who adored the coin-op will obviously love this, but personally I think it's a bit pricey. After all, would you go and stick twenty quid into the arcade machine these days?

A spot-on conversion of the ageing arcade machine which is addictive in the short-term, but doesn't offer much in the way of lasting appeal. 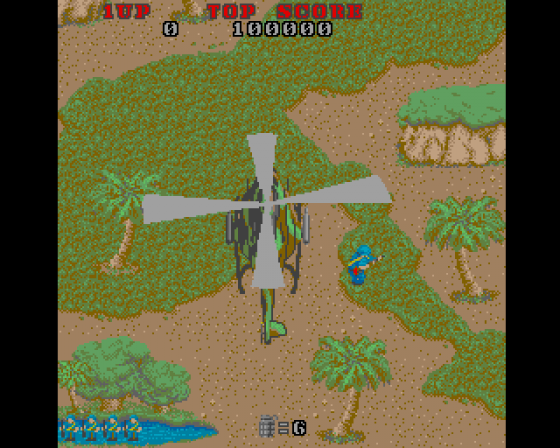 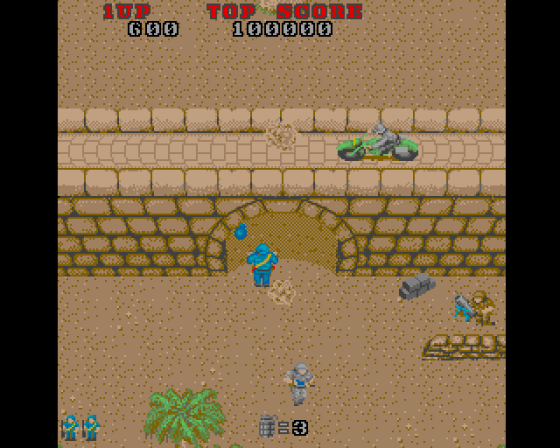 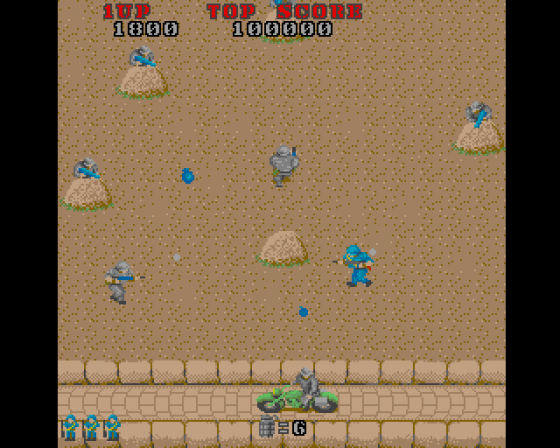 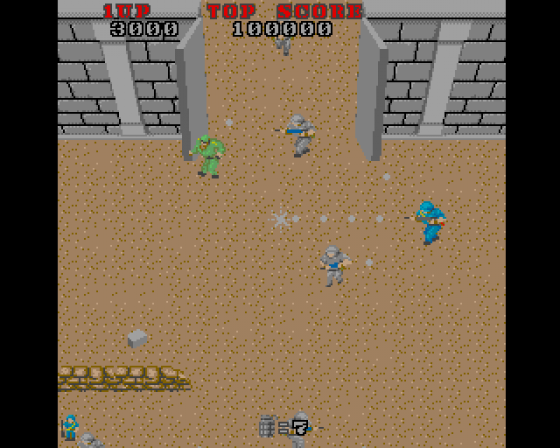