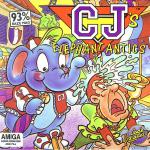 As elephants go, it has to be said CJ's a little unusual; sprinting along on two legs all the time, spitting high velocity peanuts and pulling out a brolly-parachute whenever he falls off a ledge. Apart from his big ears, trunk and distinct grey colour, CJ really isn't that much of an elephant. David Attenborouogh might not be pleased but on the other hand, who's ever heard of archer Kiwis and bubble-blowing dinosaurs?

CJ is, in fact, very much a New Zealand Story/Bubble Bobble type of game. The cutesy story is that CJ has been kidnapped by nasty French people who aim to turn him into a circus performer.

But CJ is a Zen-practising elephant who has no need for material reward and, as the plane circles Paris, he breaks free and parachutes to the ground below. There are four levels before he can one more stroll the African vedt, Paris, Switzerland, Egypt and Jungle. On each level the objective is to find the exit, which is always guarded by an end-level monster.

The levels are a familiar blend of a platforms-and-ladders maze (dotted with spikes, moving platforms, water and other hazards) and various nasty creatures. Some creatures leave special objects when shot, such as limited invulnerability or bombs. The latter are thrown by pulling down and are very useful for rolling down to enemies waiting on a lower level.

Uniquely for this type of game there's a simultaneous two-player mode. This works by the scroll focusing on one elephant - if the other falls off screen and doesn't get back within a few seconds he loses a life and is put back besides the focus elephant. This is a little awkward and unfair, but on the whole works surprisingly well. If you complete a level there's a horizontally-scrolling subgame where the elephants ride bikes and must jump over spike pits while catching balloons.

It's doubtful whether there's anything original in CJ other than the two-player mode and having an elephant hero, but the game is executed with such panache as to easily life it to the top of the budget range.

The Amiga game boasts attractive graphics and a nice tune, but it's the C64 version that really shines. There's an intro load showing CJ's airborne escape but the game itself is amazingly a single load. In-game graphics easily surpass numerous full-price games such as New Zealand Story and Edd The Duck, combining attractive backdrops with some excellent sprites which are well drawn and animated. The dancing Swiss girls and snowball-throwing snowmen are particularly good, while end-level monsters are great and the bonus section superb.

All this would be of little consequence if gameplay was chronic - but fortunately it's very good on both machines. Unoriginal perhaps, but as playable as anything else we've seen this month. It kept the whole team hooked for several days and although we've already got to level three it's far from easy.

Without doubt this is the best, original C64 budget game we've seen for years and should kickstart a series to rival the Spectrum's Dizzy mania.

Without doubt this is the best, original C64 budget game we've seen for years and should kickstart a series to rival the Spectrum's Dizzy mania. 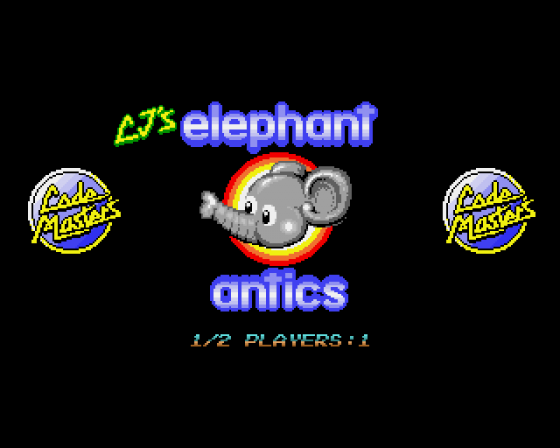 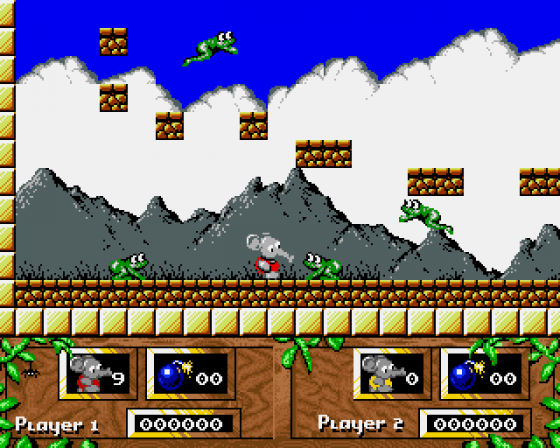 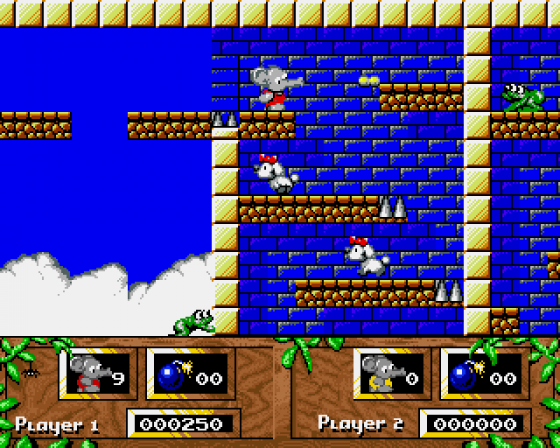 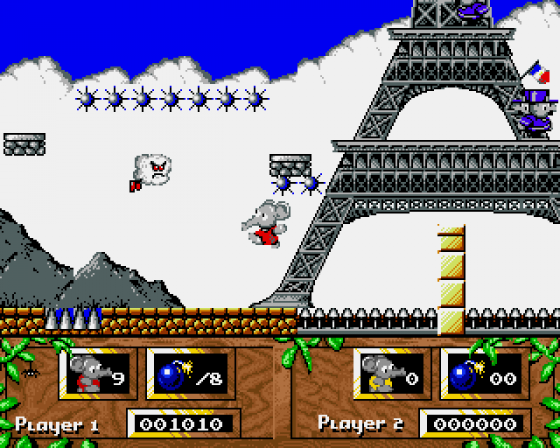 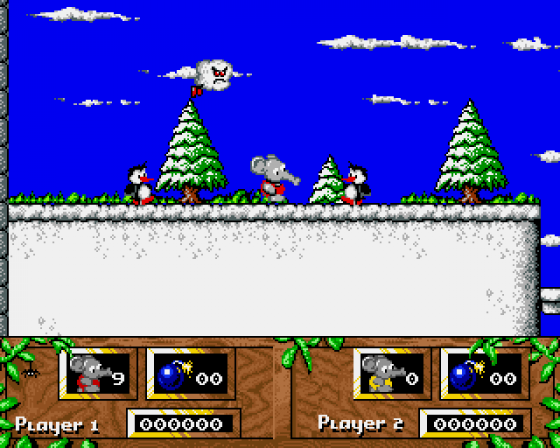 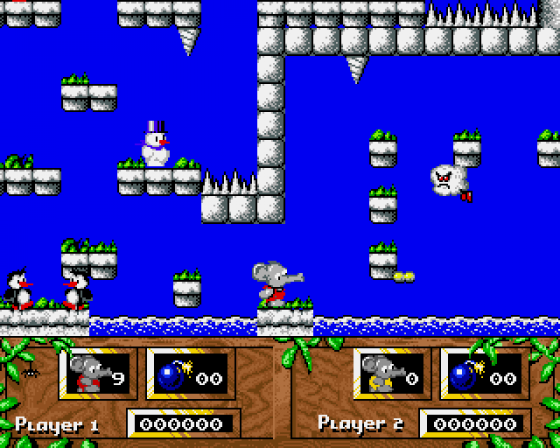 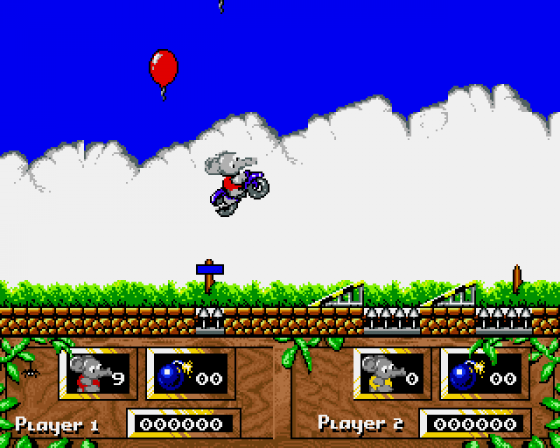 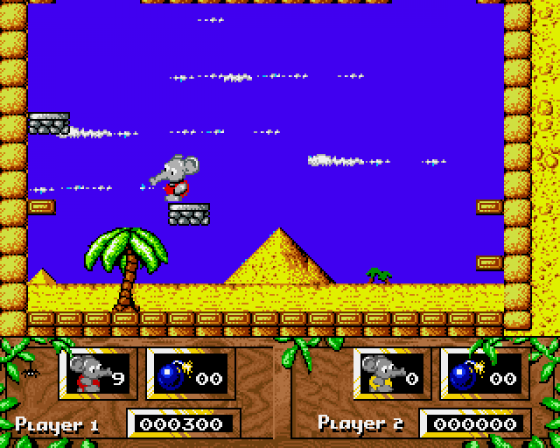 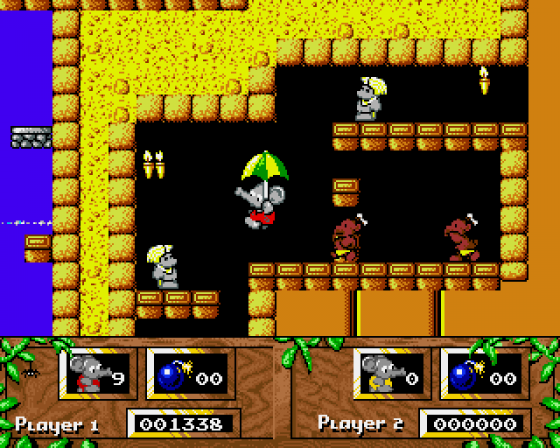 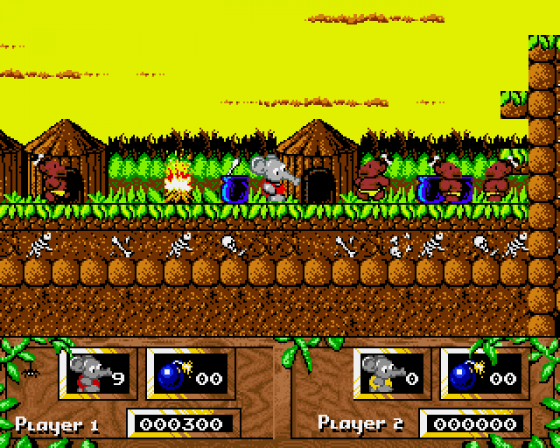