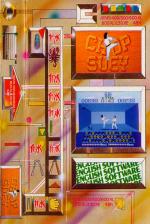 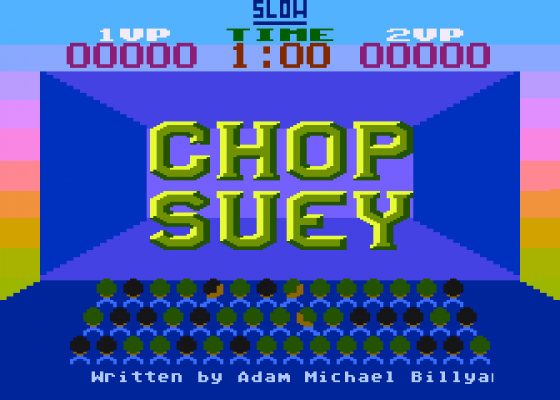 If the idea of beating the living daylights out of some poor defenceless opponent appeals to you, then try a different game. The computer controlled player here is definitely not helpless.

After the first three levels, this martial arts game really picks up. All movements are controJled by the joystick and can take some getting used to, so it is worth practising on a "dummy" opponent before taking on the computer.

The action takes place in a colourful but rather dull setting. The two fighters compete in a shaded rectangular box in the middle of the screen watched by a smaJl audience. The colour of the box changes to indicate when a new level has been reached. This is achieved by pounding your opponent until his residual pain level is high enough to make him submit within the three minutes allotted to each bout.

The sound effects are quite limited. A series of appropriate thuds and bleeps accompany the fight and a catchy tune plays over the title page.

There are a couple of features that I don't like. First, there is no way of selecting a starting level, and fighting your way through aJl the levels every time rapidly becomes annoying. However, my main complaint is that the two contestants are absolutely identical. In a fast and frantic bout it is all too easy to lose track of which player you are trying to control. This problem mars an otherwise very playable game.

The two contestants are absolutely identical... In a bout, it is all too easy to lose track of which player you control. 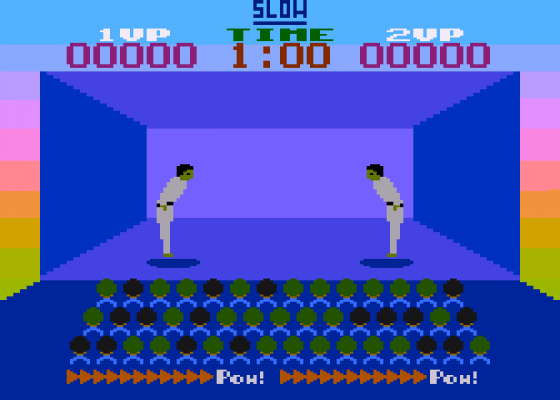 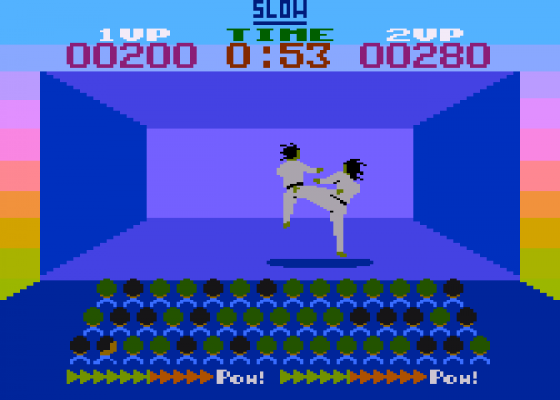 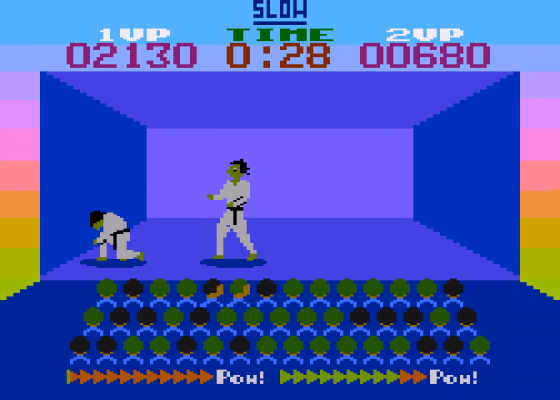 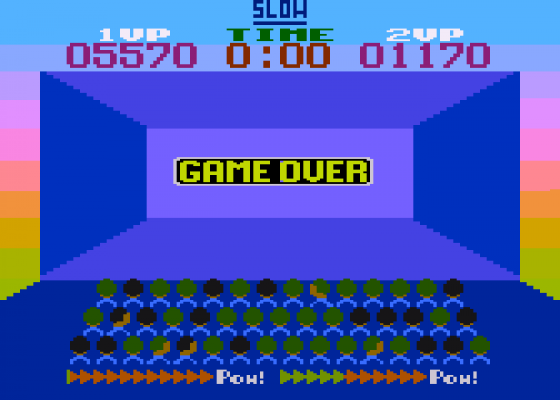