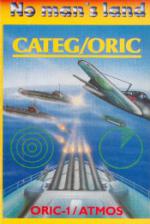 The popularity of Orics in France has given rise to a steady growth of French software for this micro. This offering is a warship simulation pilotage during a Second World War naval battle. You have to fight and destroy as many enemies as possible you can and avoid damages to your ship.

The game is excellent. An arcade game it is not. You are given a number of screens depicting the instruments on a war ship, and from these you have to make decisions on running the ship before and during a sea battle.

The use of colour and sound are excellent, and after a while, it is easy to believe that you are on board a vessel, rather than in front of a keyboard and computer. It is a game that requires the use of tactics, and fast thinking in tight situations.

The only disappointment was the failure of the program to load at FAST speed, despite several attempts to do so. That meant loading at SLOW, which took all of 30 minutes!

Requires the use of tactics, and fast thinking in tight situations.