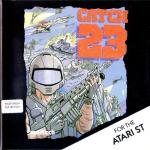 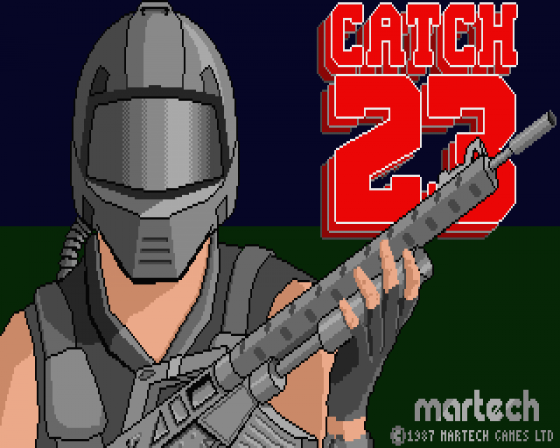 Satellite pictures have confirmed that the enemy's CK 23 orbital interceptor is now operational.

Able to stay in geo-stationary orbit over any location, the CK 23 can swoop down into the atmosphere and destroy our missiles and aircraft with unstoppable speed and accuracy. In short, it is the enemy's most feared and potent weapon.

The CK 23 development site is the most heavily guarded, and secret, military complex on Earth. You have just been dropped into the site by parachute. 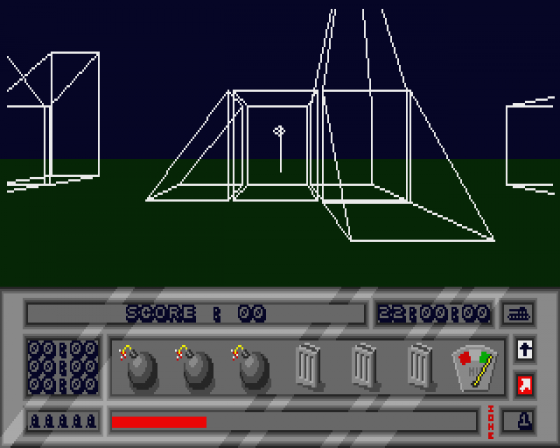 Once you have landed, you can move freely about the complex using the joystick, or travel large distances quickly, using the shuttle system - a kind of 21st century bus ride. Buildings, shuttle stops, trees and mines are all seen in vector graphic display, reminiscent of Mercenary.

Most buildings cannot be entered - those that can are distinguished by the presence of a door. Sounds logical!

Once inside, you may find extra ammunition or battery packs to help you combat the tanks and guards that seem to be everywhere. Other buildings are 'safe' houses where you can load and save your current position. Seventeen houses in the complex belonged to a resistance network of scientists, each of whom were linked by computer. Although the scientists have long since disappeared, their computer are still on-line. The problem is how to get into the system.

To help work out the passwords (which are always the name of the scientist who used to live there), you are given a short biography of each scientist. There is an object in each of the houses. This serves as a clue as to whose house you're in, and therefore as to what password to use. Once logged on, there are clues to be found, but first you must decode the information.

While roaming the streets, marshes, and forests of the complex you will continually be accosted by military guards. When this happens, you must move your sights over the randomly placed guard and kill him before he gets you.

To get anywhere in Catch 23, you'll need to construct a fairly detailed map of the complex. Apart froom the scientists' houses, there are some 40 shuttle routes to work out and use, not to mention countless booby-trapped buildings to memorise and avoid.

Catch 23's mixture of strategy and arcade, not to mention some pretty nifty sampled speech, should appeal to a wide spectrum of gamers.

Catch 23's mixture of strategy and arcade, not to mention some pretty nifty sampled speech, should appeal to a wide spectrum of gamers. 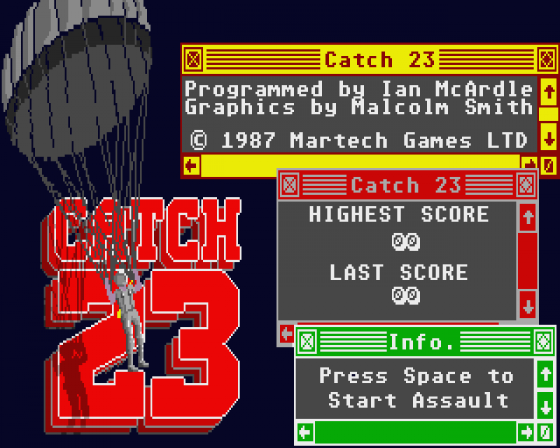 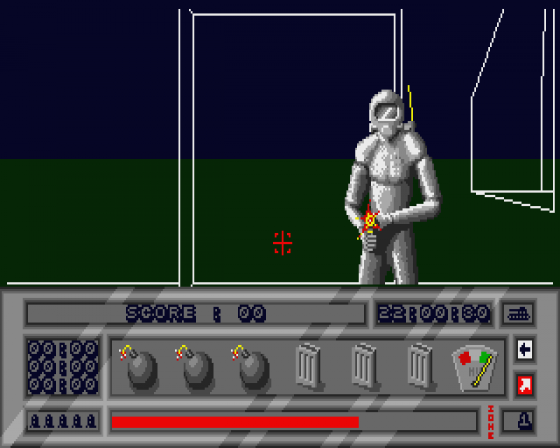 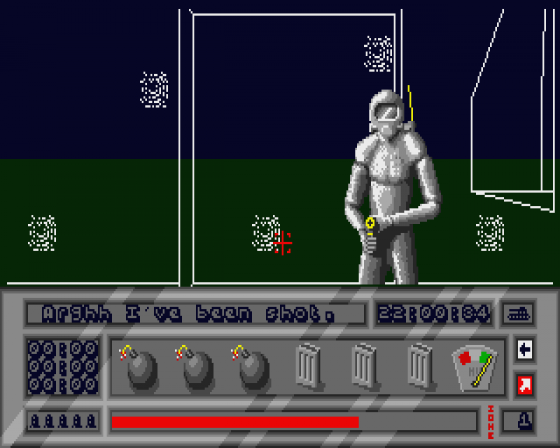