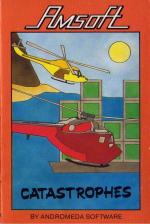 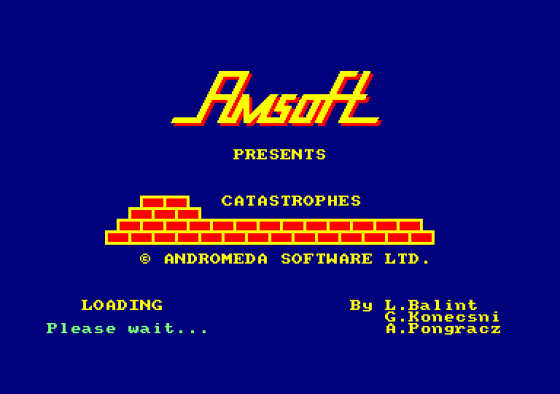 You've got to construct a building in the North Sea that will stand up to everything the weather can throw at it. You've only got a helicopter to do it with and a target that has to be met at the end of the day.

The screen shows two already started buildings with cliffs and a lighthouse behind. Two helicopters appear beside each building above a barge carrying a building block. You have to pick up the block and place it on the building accurately or it will drop into the sea.

Each block scores points and each extra storey scores more. The sun moves across the screen acting as a time-limit and from time to time the lighthouse will flash to indicate bad weather approaching. Lightning storms can destroy whole columns while earthquakes and hurricanes may remove many blocks and floods will submerge the lower levels of the building. 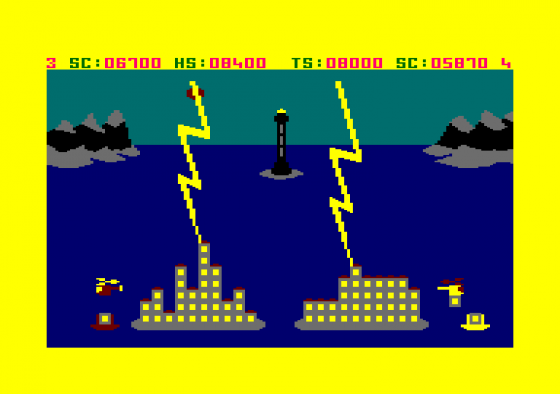 You have four helicopters and will lose one if you crash into the jet plane that flies across the screen. The game can be played by two players, one player against the computer, or even a demo by the computer.

P. Panic action as you try to meet targets.
P. Nice idea for a game.

This is a nice idea for a game but the gameplay is repetitive. 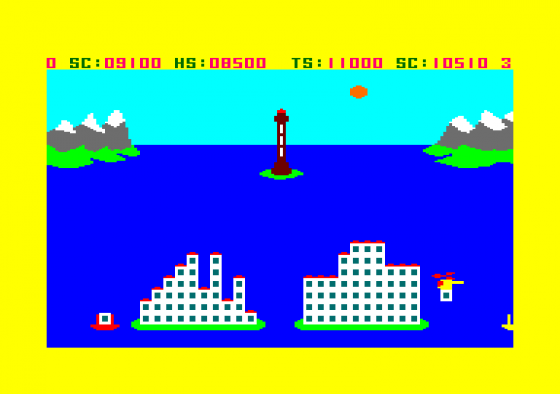 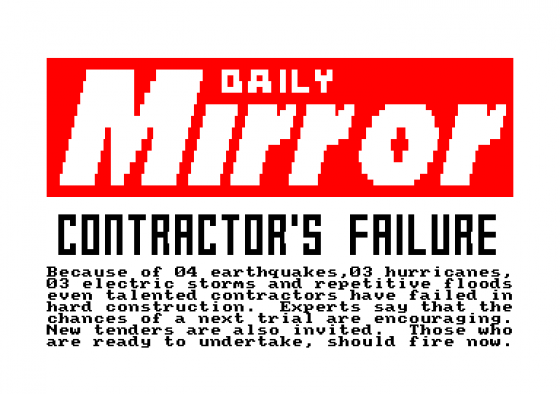 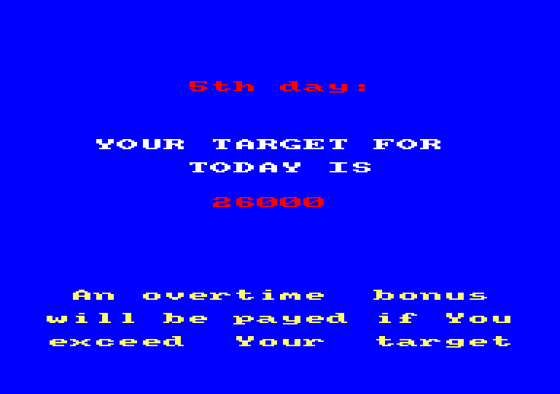 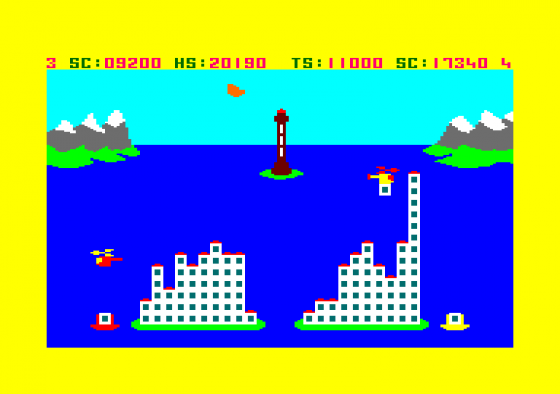