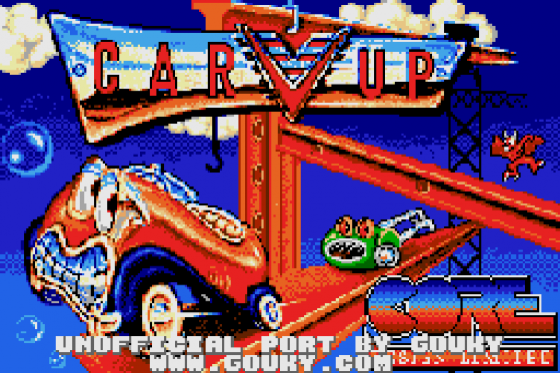 CarVup is the first official release from the new GBA development group 'Magic Team' - and although it's essentially a reverse-engineered port of an old, moderately popular Atari ST game, it has to be said that it's an absolutely stunning debut.

Originally published by Core Design back in 1992 on the 16-bit Atari and Amiga platforms, CarVup is a simple yet highly playable and fast-paced platformer that borrows game-play elements and design inspiration from all-time classics such as Loriciel's Skweek and Microsphere's Wheelie. The game received good reviews upon release (with most scores being around the 85% mark) and playing it again now on Nintendo's handheld I can see why - despite it's age the game is still massively addictive.

The star of the game is a little cartoon-esque car character called Arnie (who could easily be the illegitimate lovechild of children's TV favourite Brum and that annoying car from Who Framed Roger Rabbit?). Unfortunately, some crafty villainous type has not only totally desecrated Arnie's world by buggering up all the platforms, but they've also gone and kidnapped all his mates as well. As a result, the player's goal is to guide Arnie on a quest for retribution through the game's 48 stages, restoring them to their original state by driving over all of the platforms (whilst avoiding the various themed nasties that populate each level). After every six stages you are rewarded by a crappy joke from one of your rescued cartoon buddies (which doesn't display properly on the GBA screen - this is one to be fixed Magic Team!) and then it's onto the next differently themed level. 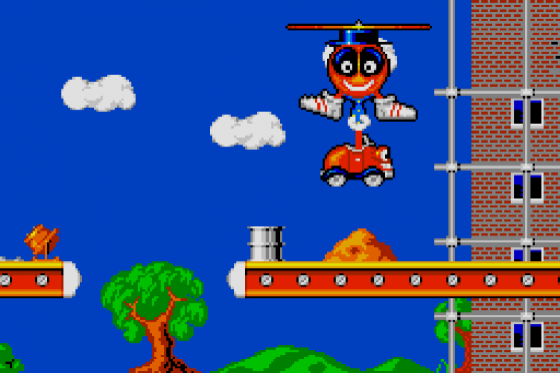 Although still in development, Magic Team have excelled in porting the game over to the GBA - giving it a full M.O.T. and service in the audio department (which was somewhat lacking in the original) and the cartoon style visuals remain crisp and clear on the small LCD screen. There are areas that require improvement though - especially with regard to the lack of in-game instructions (unless you've played the original or visited the developer's homepage it'll take you a few go's to work out the controls). Another flaw I noticed was that sometimes I couldn't pick up the power-ups that bounce around the levels - and again, even if I could collect them there's nowhere that actually explains what the different icon's represent. A little bit more work here and there would give the game a far more polished finish.

However, despite the rough edges CarVup is an excellent game. Don't be fooled by its cute and simplistic appearance though - Arnie's quest starts off easy enough, but the later levels will provide even the hardened gaming veteran with a challenge.

You have no idea how glad I was to play this. Having savaged Bubble Dizzy for being about as much fun as Ebola (despite the technical brilliance of the GBA port), I was over the moon to receive this conversion of CarVup to review. It's a far superior release and much more fun to play - well, it was once I'd spent some time looking for a manual of the Amiga version to find out what in the name of hell I was supposed to be doing.

CarVup has been converted from the Atari ST version through much the same process as Dizzy and once again the development team have put many supposed commercial GBA releases to shame. While in its current beta form it's not quite as smooth as Bubble Dizzy, but this could well be a fault of the original version still present in the game's code.

Still, at no point does the incredibly minor juddering affect the enjoyment of a game that for the bargain price of free you'd be very much advised to get on that GBA flash cart right the heck now.

Don't be fooled by its cute appearance - Arnie's quest starts off easy enough, but the later levels will provide even the hardened gaming veteran with a challenge. 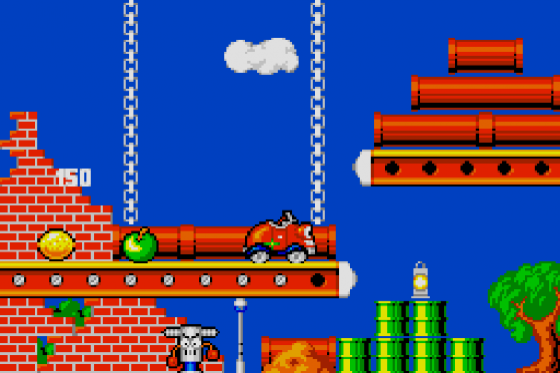 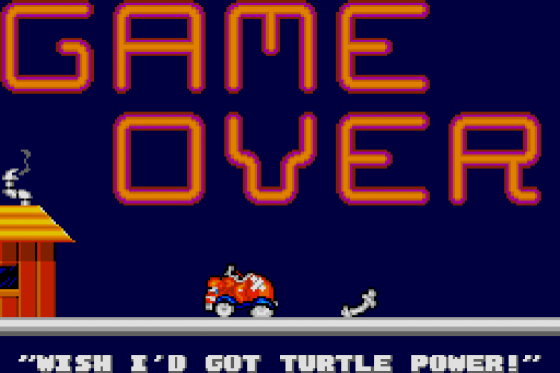 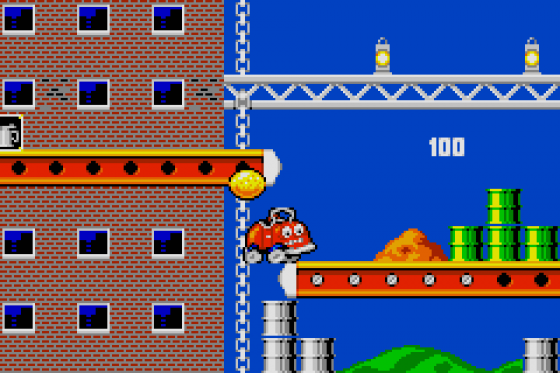 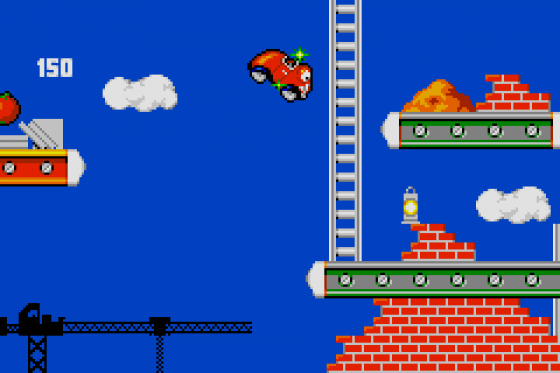 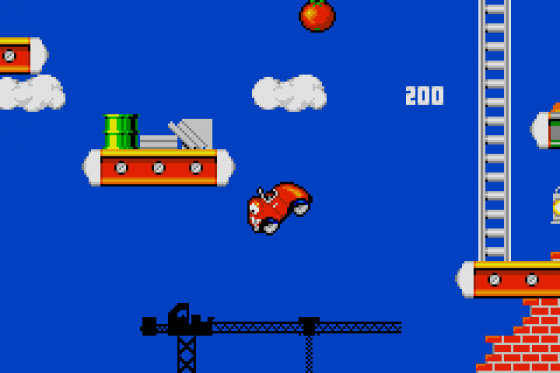 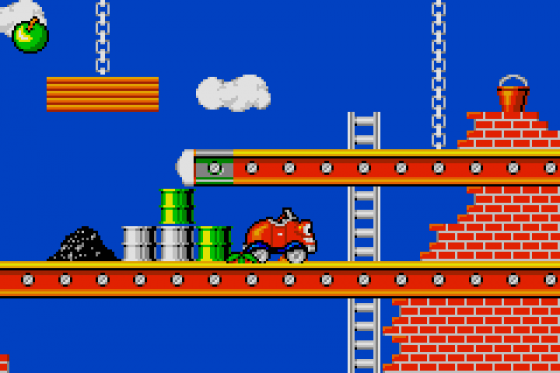 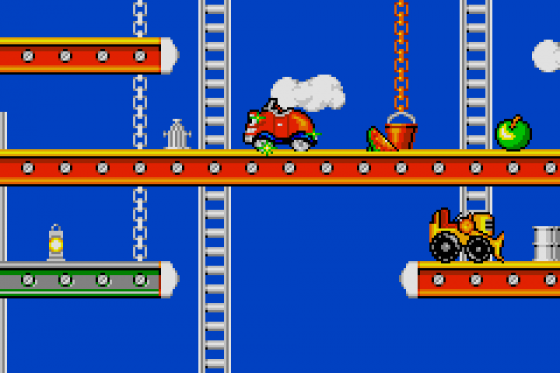 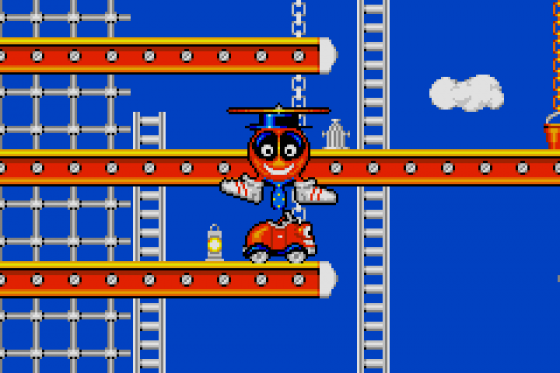