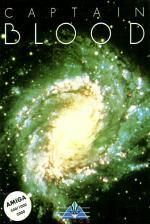 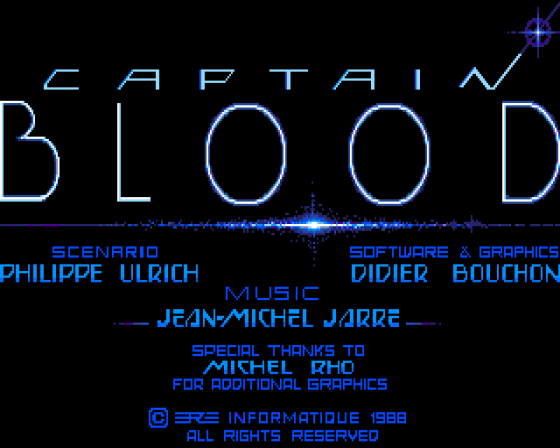 C&VG was the first mag to bring you news of Captain Blood with an exclusive preview in your January issue. The game is not due out until March but, as luck would have it, a finished copy managed to find its way into the world's best computer mag a whole month early. So does the finished game fulfill all the promise of the previews? The answer is yes, although Captain Blood may not be everyone's cup of tea in the long term. And long term is what you're looking at, if you want to get the most from this massive adventure.

It all started when a down-on-his-luck games programmer named Bob Morlock, bumped into Charles Darwin in the street. Later, over a drink, they got talking about aliens. It turns out that aliens have been here all the time... in computer games. As Darwin put it: "They're here. Pac-people are reproducing in millions. They actually exist."

For anyone who missed the preview, you play the play of Captain Blood who is zooming around the galaxy frantically searching for five clones of himself. 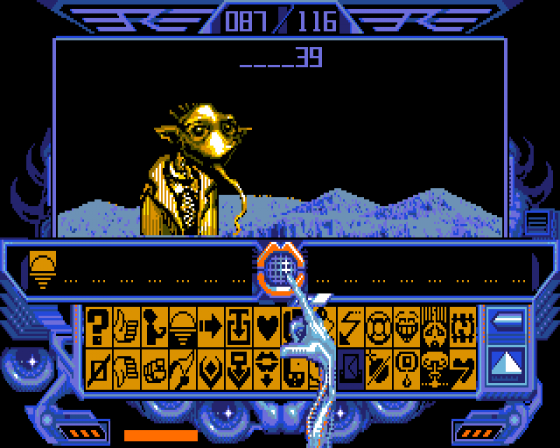 There are a mere 32,000 planets, each with unique inhabitants. These inhabitants play a key role in helping you find the clones.

But before you can 'talk' to any of the sixteen types of alien that hang out around the galaxy, you must first hyperspace to a planet you suspect is inhabited, and then rocket down to the planet's surface. This is where your arcade skills come in useful - most planets are protected by automatic laser defence systems that need only a few seconds to lock into your signal and blast you into oblivion.

The trick is to skim as close to the ground as possible, using mountains and hills to shield you from the defence system's locking scanner. Unfortunately mountains have a frustrating habit of being painful to fly through so you end up dodging and weaving inbetween mountains trying to hug the contours of the land as closely as possible.

If a planet is inhabited, the residents are to be found at the end of a canyon - a geological feature common to all the planets in the game.

Talking to aliens is made easy using UPCOM (Universal Protocol Communication). It consists of 128 icons which can be strung together to make quite complex sentences. The concept, design and execution of UPCOM is brilliantly imaginative and, in many ways, far more flexible than any parser could ever be.

By meeting aliens, befriending them, and often by doing them favours, you will gradually be able to piece together all the snippets of information you discover, until you know ehere to look for one or more of your clones.

Although things can be a little bit hit or miss until you find your first alien, this shouldn't discourage you from persevering if you like your games big and meaty. If you don't mind spending some considerable time zooming all over the galaxy before you find even your first clone, and fancy graphical treat, check out Captain Blood.

If you don't mind spending some considerable time zooming all over the galaxy before you find even your first clone, and fancy a graphical treat, check out Captain Blood. 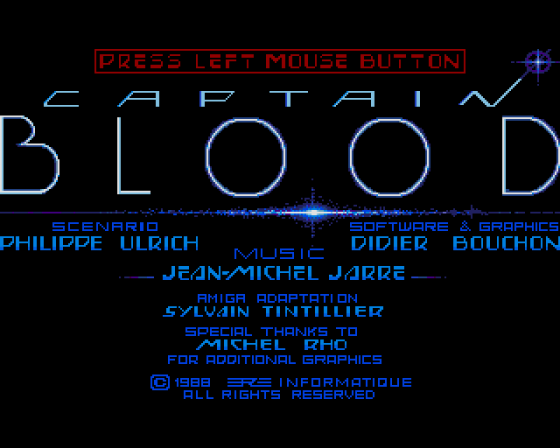 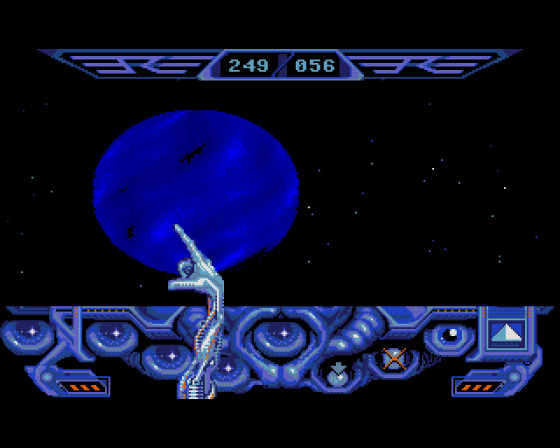 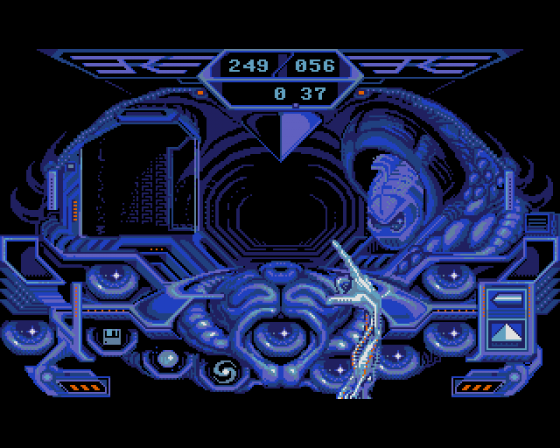 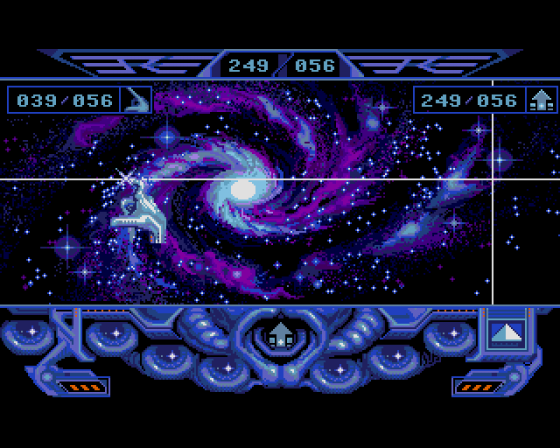