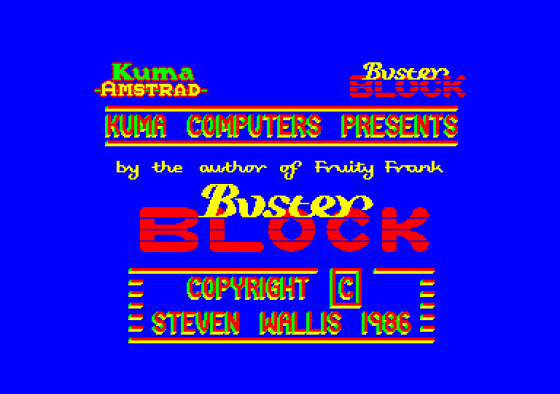 Remember an old arcade game called Pengo where you had to push blocks of ice around to kill creatures. Well this is a derivative that has far more complexity to it and a whacking 400 rooms to explore. The rooms are arranged as a large maze which you have to explore and complete 25 levels of.

Each room is constructed much like a screen from Pac-Man with corridors made up of blocks and inhabited by various monsters. There are exits from each screen that lead to another and when you find the right one it will take you through to another level of the game. However there are plenty of obstacles to overcome on the way because most screens are very cluttered.

There are 16 types of block and 8 types of monster that appear in different sections. The blocks vary in their behaviour, which you'll need to recognise to survive long. Most of them can be pushed by your little bird-like character but behave differently afterwards. They travel at different speeds, bounce, crumble on impact with some-thing, and keep moving round corners. There's even a block that will teleport you to another part of the game. 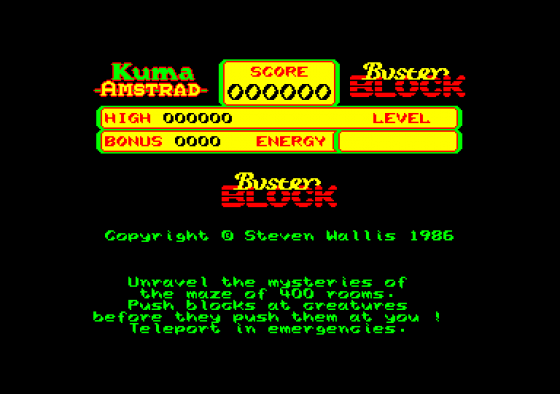 The monsters also have different characteristics of speed and movement, and some can push blocks which you can't. All of them can be flattened by a well timed push of a block but if you run into them it costs energy. Energy also slips away with time or by running into a block coming towards you but is replenished at the end of each level.

The graphics are adequate with each level having a different colourful surround and the sound effects are in a similar and pleasing vein to the author's previous game Fruity Frank. It s not as addictive as its predecessor but there's certainly a lot of screens to get round and things to deal with. Fairly mindless but fun to race around for a while.

A really fun game, with a surprising amount of depth to it. The graphics may be weak, but the different kinds of block and monster make for good compulsive gameplay.

P. 400 screens to get through.
P. Plenty of variety in the blocks and monsters.
P. Most screens are packed with action.
P. Quite addictive and mindless gameplay.

N. Screens become rather samey after a while.
N. Not clear when or why one level ends and another begins.

Fairly mindless... but fun to race around for a while. 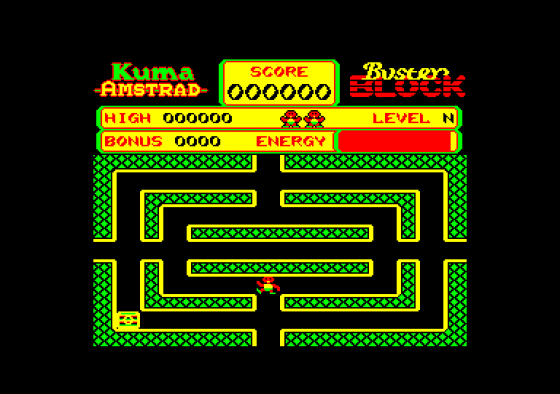 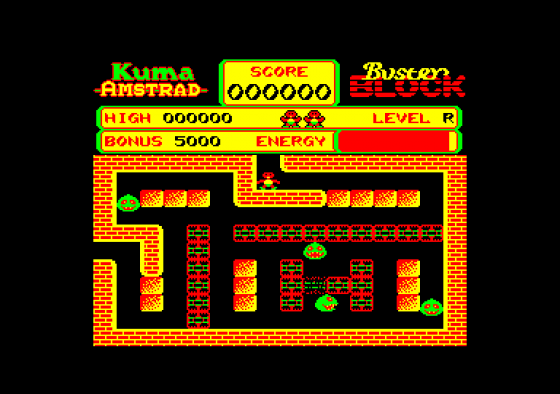