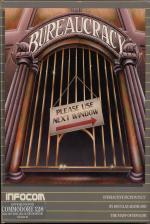 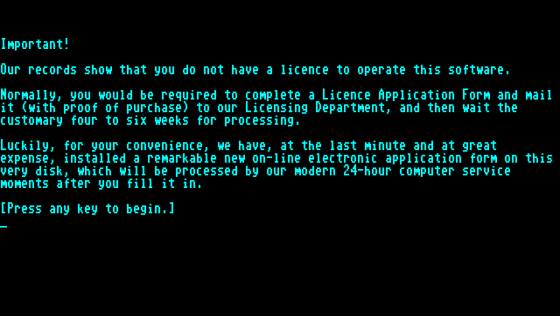 Douglas Adams did it with Hitch-hikers. I'm not exactly sure *what* he did, but the result was one of Infocom's best-selling games. Now he's done it again with Bureaucracy. Yup, there's no doubt about it, this game is as tricky as Zork, as devious as Hitch-hikers, and as frustrating as getting an engaged tone from Directory Enquiries for the 800th time in succession... But it's an exquisite torture, mein Wizardlings, and I must advise all of you with the necessary hard cash (and suitable machinery) to stump up and add it to your collection.

The story goes as follows. You have changed your job and in doing so changed your address. Your new employers, Happitec, are to send you on an all-expenses-paid trip to Paris and your bank have issued you with a little change of address form, which you have filled in and returned to them. Now all you have to do is sit back and wait for the postman to deliver a fat cheque from your employer so that you can collect some cash, your air-ticket, and make your way to Gay Paree.

Unfortunately, there is some trouble with the mail. Apparently the bank's computer system has had a spot of bother with your change of address form and sent all your stuff to your old address. To cut a long story short, that means no cash from your local branch of the Fiduciary Trust. Combine that with a local postman who has bravely delivered all the mail in your street to the wrong addresses, and you begin to have a problem. 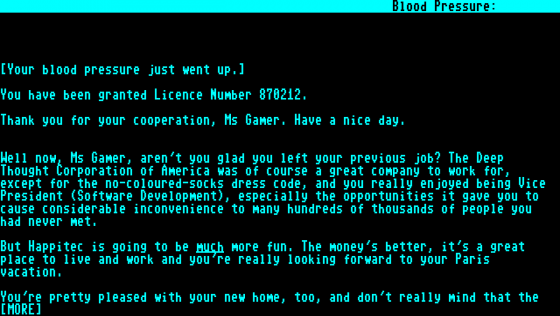 By the time you've battled it out with the bank, an old woman with an elephant gun, a psychotic parrot, a starving llama, and a paranoid freak who lives in a camouflaged house and entertains visitors with an arsenal of death-dealing hardware, you've not only got a problem, you've got the beginnings of severe mental disturbance. This is definitely men in white coats material - and it's likely to be you they're coming for.

The game comes in the usual high-standard Infocom package, complete with a flyer for the magazine Popular Paranoia, and a form to fill in for a new Beezer credit card in triplicate. The form itself is hilarious - each page of the three part set has different text printed on it, so while you're filling in the top copy agreeing to cover all charges due on the card, you're also filling in the bottom copy which says 'Beezer may sign any documents on my behalf and I agree to be liable for anything', as well as other more obscure concealed declarations ('I like sheep', to name but one).

Publicity agents have it that Douglas Adams endured a real-life experience related to change of address difficulties (Haven't we all?) and that these inspired the game. Bureaucracy, whether it be in the bank (where you get shunted from one cashier to the next) or in the taxi (you have credit cards - they only take cash), is held up for ridicule and damnation throughout the game. The program itself begins by asking you to fill in an on-screen software licence form, which of course is not quite as efficient and straightforward as it looks... 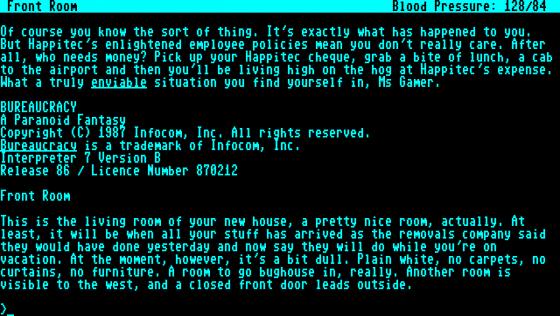 But in the final analysis it's the little bits of quirky humour that make the game and could only have come from the warped mind of one such as Mr Adams. For example, the parrot lacks a left wing. That means it's a right wing parrot, liable to spout fascist propaganda at the slightest provocation. Of course, the next time you play it may only have a left wing...

Then there's the unspeakable 'nerd' who keeps coming up to you trying to sell you the most horrendously useless computer peripherals. Ignore him, and his final words are 'Hey! Can I go out with your sister?!' - Ugh...

A new prompt-response system enables you to have more concise conversations with characters. Apart from the usual Infocom SAY TO and CHARACTER, MESSAGE forms of communication, you'll also find yourself interrogated by some of the characters. The system then throws up a double prompt, which means you have to give a particular answer, as in:

This is used to great effect in some instances, particularly in the fast-food restaurant, where you are prompted for endless choices of diet coke, distilled water, and other not so goodies. It's also used in a bizarre and highly amusing set of questions and answers with the local paranoid, who decides your future by asking you about 'Them'. You may not know it, but 'They' update their files on your by going through your garbage - that's when they're not dying like the rest of us from hideous killer diseases spread by... yoghurt. Always supposing that you've escaped the dreaded killer bees which, of course, are being unleashed on America by vindictive Mexicans.

My only criticism of this game is that it isn't quite as verbose on the text front as other Infocom games. The humour, however, makes up for the slight lack of scene-setting, and the rest of the gameplay is as good as ever.

Bureaucracy is a very enjoyable game. Adams and Infocom obviously share a certain vein of highly infectious humour - I guess they must eat yoghurt together. As it is, if you save up your pennies and blow them on this little number I doubt very much if you'll be disappointed. 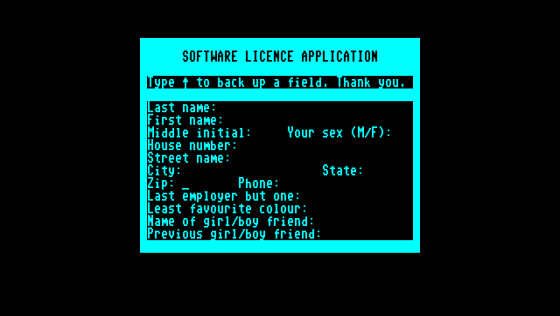 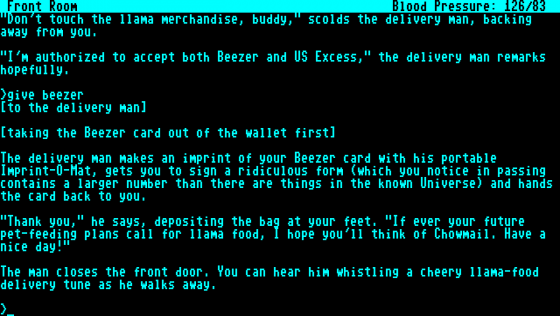 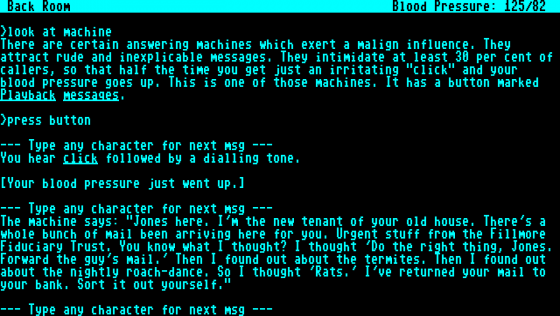 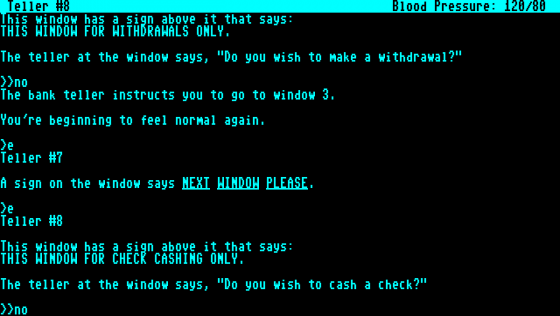 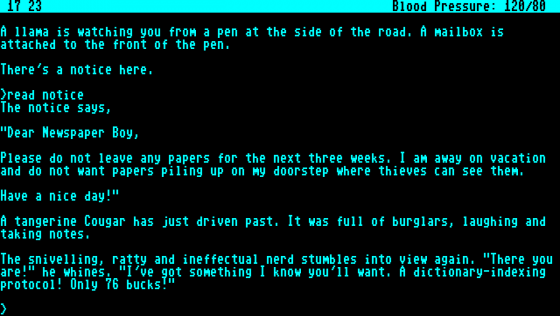 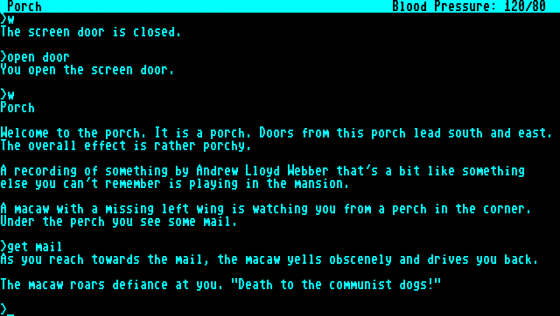 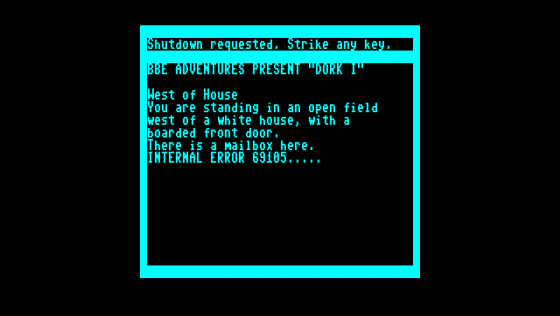