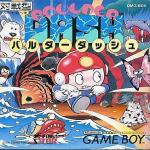 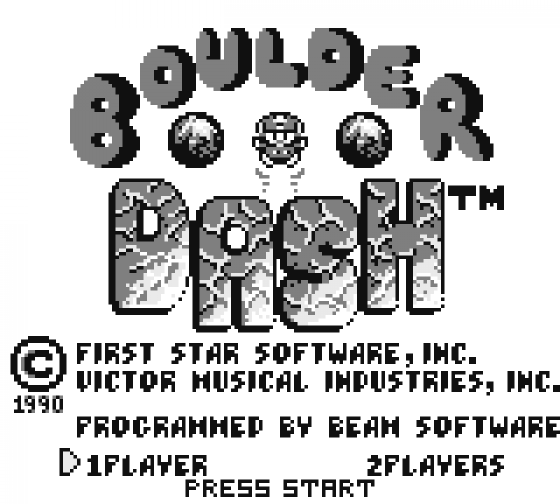 Rockford's on the lookout for jewels, so he's warped to a vast, sprawling underground system literally teeming with diamonds - and boulders. Unfortunately, as he digs the earth away to get at the jewels he dislodges the boulders, and if these fall on his head he loses a life (and gains a headache).

Later levels also present new hazards including butterflies that kill our hero on contact. But being a pretty resourceful chap, Rockford can drop boulders on their heads to change them into a mound of diamonds!

There are four worlds' worth of diamond-collecting antics, each with a different number of sub-levels. There's also a couple of bonus games thrown in which allow Rockford to boost his score potential! 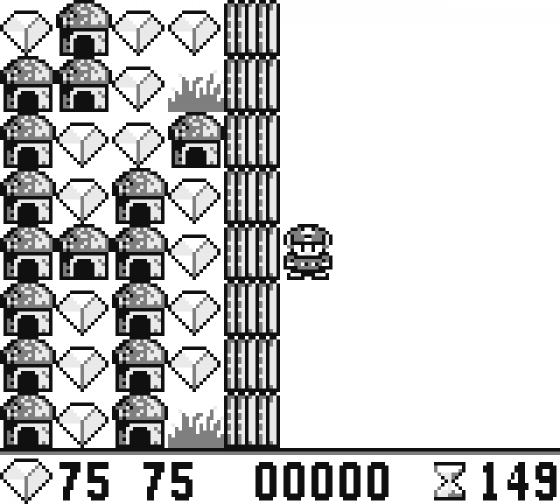 Like the Gameboy version of Ms. PacMan, Boulder Dash has two different screen modes. The first is a close-up, detailed view with very pretty graphics. A quick stab at the select button changes the screen to map mode, where more of the map can be viewed.

It must be said that the latter option is infinitely preferable to the cramped detail mode.

A graphical facelift is all that separates this from the classic C64 game from which it originated. The same maps and classic gameplay suit the Gameboy perfectly. The slightly blurry scrolling is the only downer but still, Boulder Dash is one to buy as soon as possible.

Boulder Dash is one of the finest video games ever written - it's six years old, but is still as fresh as the day it was written.

This Gameboy version has all the features of the original, and while the scrolling is a bit blurry, the highly addictive gameplay more than makes up for it. If you want to sample a tasty slice of gaming history, check this out.

One of the finest video games ever written... still as fresh as the day it was written. 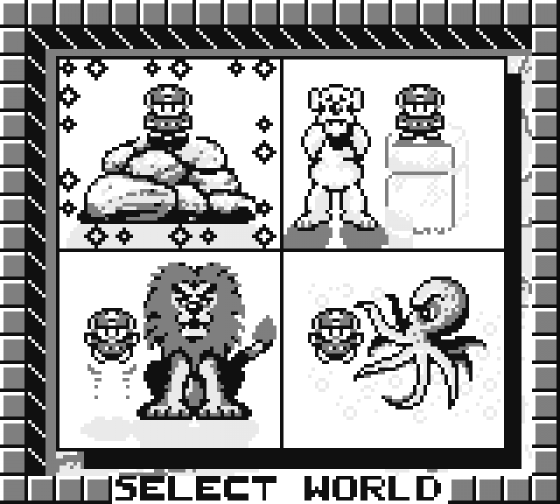 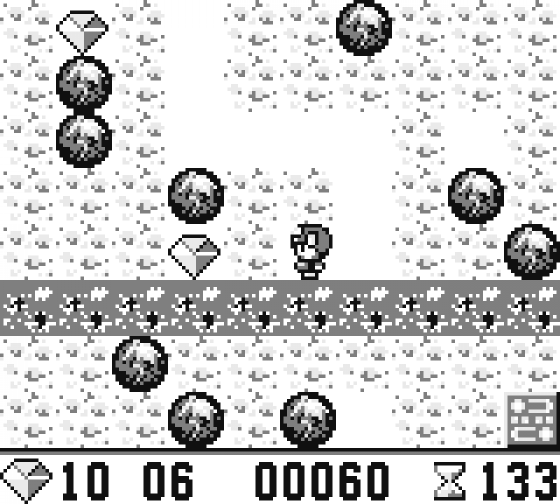 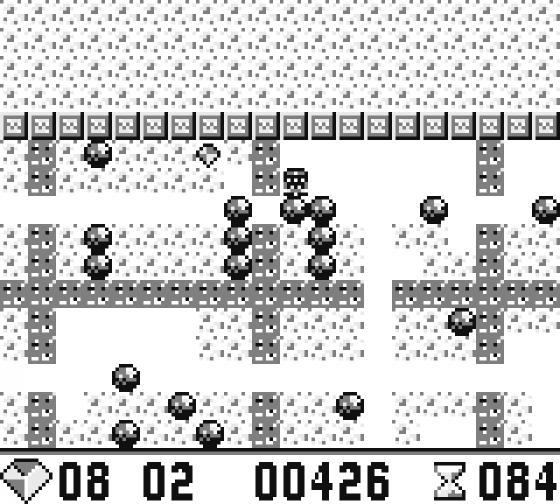 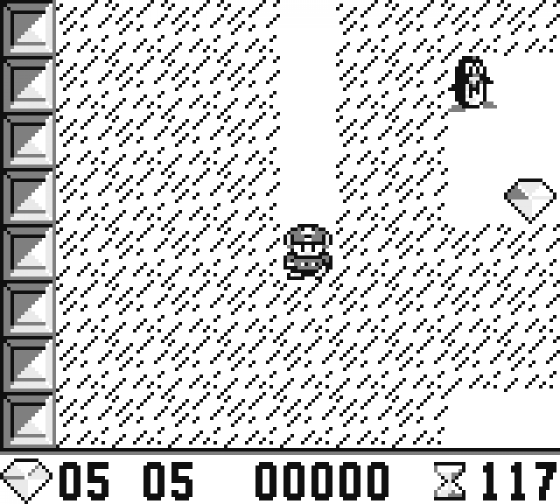 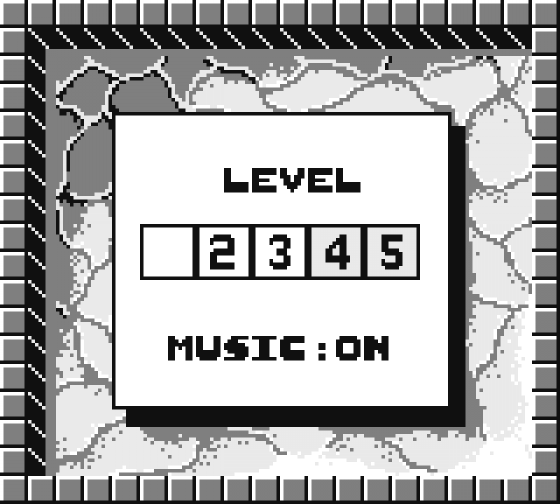 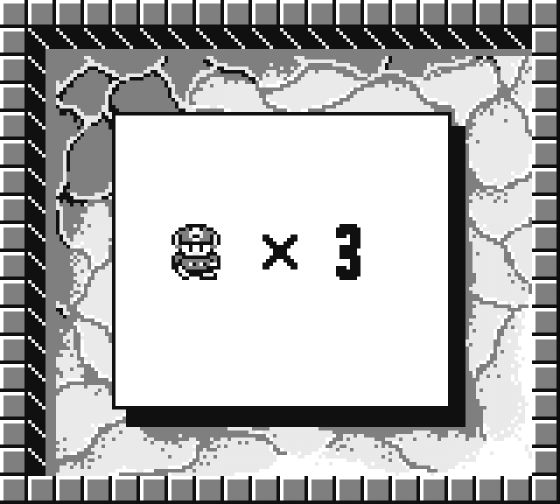 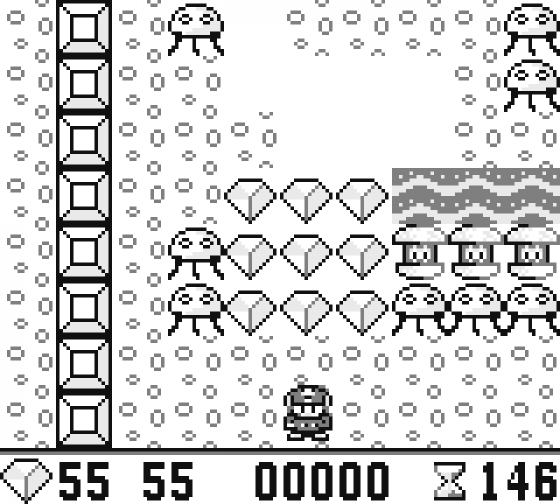