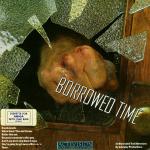 Ever watched one of those old American private eye thrillers? Hard-pressed nice-guy, frequently beaten to a pulp, tied up by mobsters at every turn, unravels mystery before the cops. Sleazy office full of fag ends and could coffee, underpaid overworked girl-Friday assistant with heart of gold - you know the sort of thing.

If you've enjoyed a movie like this or even read one of Raymond Chandler's gangster novels you're going to love Borrowed Time. You become Sam Harlow (Philip Marlowe?!) private detective. Someone is after you, someone who will stop at nothing to see you put out of circulation - forever.

Who wants you out of the way? That's for you to find out - and gather enough evidence for the cops to nail him.

Trouble is, his hoods are closing in fact. And from the moment you begin the game you are on the run - literally! One false move and it's curtains for one novice private eye.

You've just enough time to say hello to your window cleaner (or is he what he seems?) and the chase is on, down the stairs and over the rooftops, dodging bullets and putting obstacles in the way of your pursuers as you run. Not until you get away from them will you get a short breathing space to poke your nose into a few suspicious-looking joints.

Borrowed Time is a graphic adventure, and it starts with a dramatic animated opening sequence. Make sure you have the volume turned well up before you start loading the game, and be prepared to jump!

The screen layout is a little unusual. The rightmost third of the screen contains two columns of words, and a box of directions. A joystick or mouse can be used to select words from the list and copy them to the input area. As only the most common words are listed - any more might give the game away - it is often necessary use the keyboard.

The graphics screen is positioned to the left of the word list and above the text area. The pictures are excellent, and extremely fast to load. That's saying something, when you consider I was playing on a C64!

The graphics interact with the game and many are animated. This makes them both funny and something out of the ordinary.

When the phone rings, the receiver jumps off its rest and wiggles. There's a tap dripping in the kitchen, Farnham's finger pointing at me menacingly, Mavis is struggling to free herself.

Best of all is the bruiser, first seen jabbering away to a "broad" outside a house. When she goes inside, he folds his arms, and starts tapping his foot on the sidewalk, his eyebrows moving up and down, just challenging you to follow her inside! Don't try it!

The graphics can be toggled off by hitting Return, revealing a screenful of past text behind them. A quicksave/quickload feature is especially valuable before dangerous moves - and most of them are!

There's plenty around for your detective skills to work on, as you move around from Main Street. Has your ex-wife Rita been kidnapped, or worse?

How come the DeSoto, which you recently repossessed for Morris Motors for an HP debt, is back at Stiles Safe Park where you first found it?

Which of the 2,000 boxes at the Post Office does the key fit - and how do you find out?

That's just a sample. There's plenty more to get your teeth into, and all the while, the hoods are not far behind you, waiting for the kill!

A lot of thought has gone into the way you are likely to go about solving the problems, and humour is used to good effect to frustrate you when you are on the wrong track!

Desperate to find an alternative way out of my office, I thought of using the window and climbing down the cleaner's ladder. As it wouldn't open, I tried breaking it: "Don't be a pane" was the reply. So I thought I might lob the ashtray at it: "The room would lose its ambiance without the ashtray!"

Borrowed Time is an apt title. It combines a fast-moving narrative structure with the essential mystery elements of an adventure in a most realistic way. You are the private eye, and time is not on your side.

Rush out and buy this game - you will not be disappointed! 'Scuse me, I'm off to find a pair of gloves...

Rush out and buy this game - you will not be disappointed! 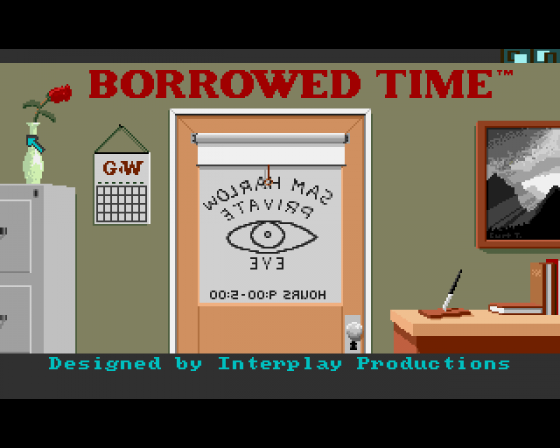 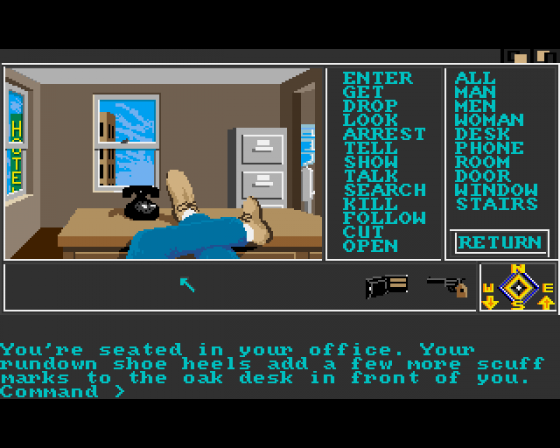 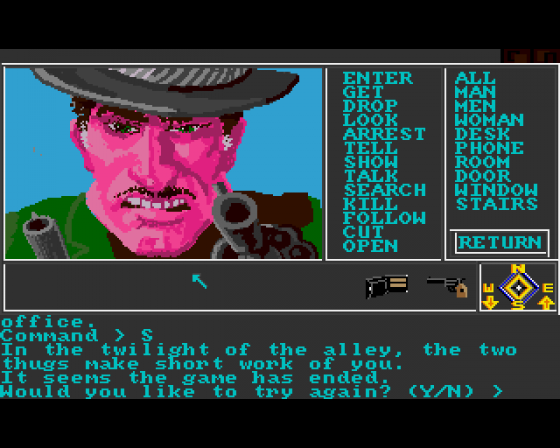 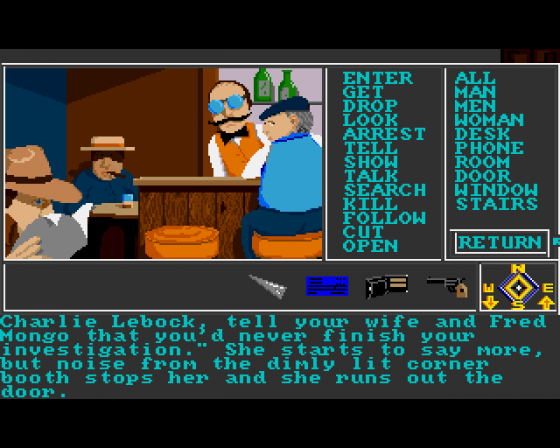 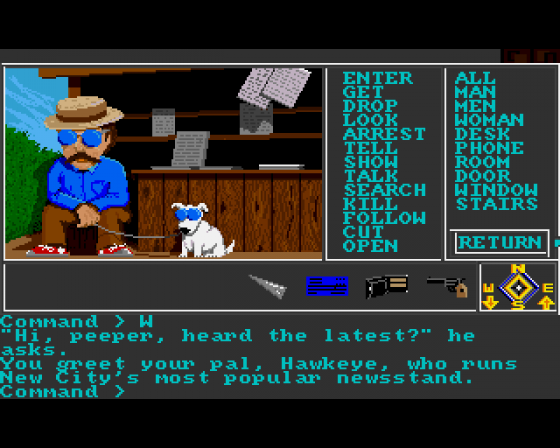 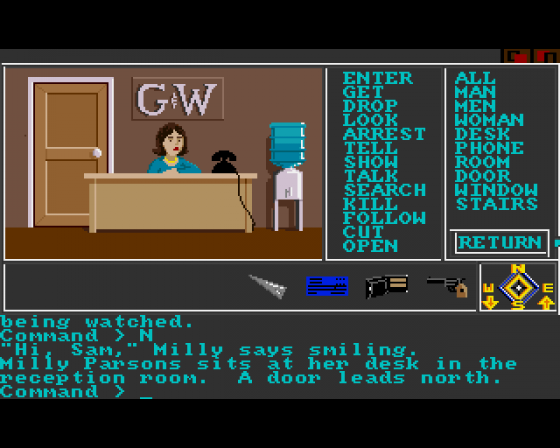