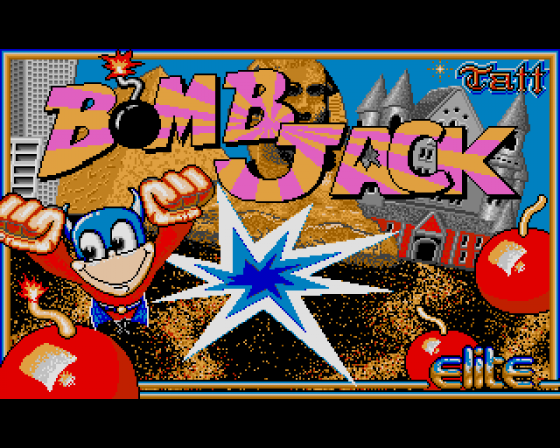 Now, some nasty character from somewhere vile in somewhere else land (okay, I don't know where exactly, but it's got to be somewhere so let's leave it at that) has taken a severe dislike to many of the world's most popular tourist spots - namely the Great Pyramids, the Parthenon, Disneyland, Miami Beach and Hollywood - and has played a number of bombs designed to blow them to bits.

In case anyone decides to try and thwart his plans, he leaves an army of robot warriors at each scene to guard the bombs. You take the part of the daring superhero in his race to defuse the bombs before they detonate, by leaping across platforms picking up the explosives as you go. 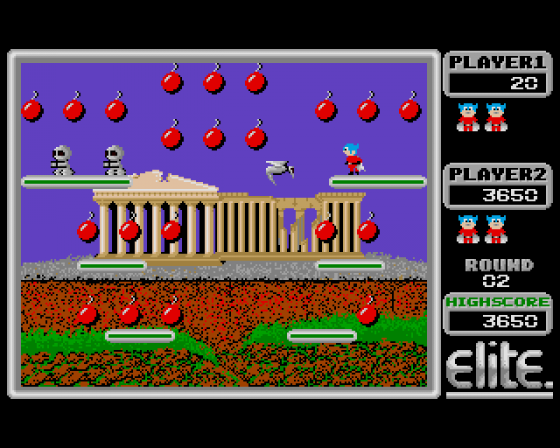 So off to save the world you trot. In fact, you're in such a hurry, you manage to put your underpants on over your tights. (Oh no! I said it! Aaaaargh!)

Bomb Jack was one of my most favourite arcade games a few years ago and I was incredibly disappointed by the C64 conversion. When I heard about an Amiga conversion, I thought that at last I would see a decent home version of the game, but, to and behold, it's not much better than its predecessor!

The arena seems bigger, which improves the gameplay a bit (a very *little* bit), but the robots act so stupidly that it's far too easy to complete the first set of levels. 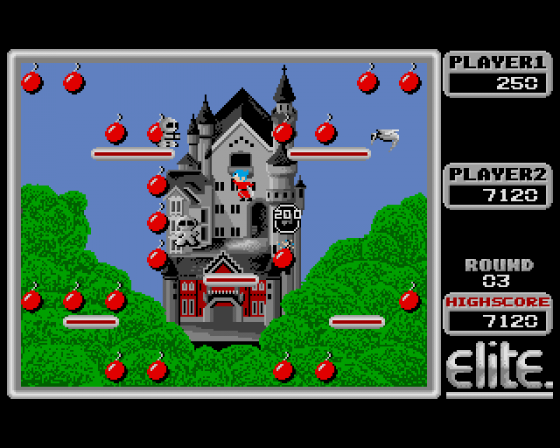 The opening music gives you a general idea of what to expect; in fact, I'd go so far as to say it's the worst I've heard on the Amiga. The graphics aren't much better either: the backdrops are OK, but the effect is ruined by the emaciated sprites and piddly platforms.

Bomb Jack is a seriously sub-standard conversion and I expect much much more from the Amiga.

Well, er... this isn't really what honest (?) games reviewers like us are looking for at £24.99, is it? I mean, the C64 version wasn't up to much and, despite arcade-accurate graphics (aaah, I remember the arcade), this isn't either. 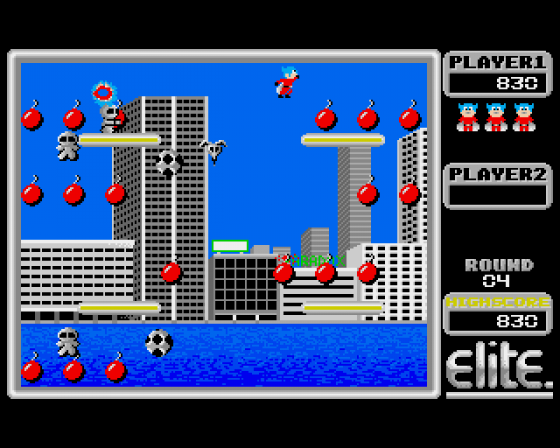 For a start, it's too easy - a lot easier than its coin-op counterpart - and to make things worse, it's far too expensive. Then the sound is pretty terrible - I'd rather be kept awake all night listening to the Bee Gees - and the presentation is virtually non-existent; get the impression that there's not much to recommend it?

In fact, wouldn't this kind of basic platform game - licence or not - be better around £10-£15? I'd only urge ardent fans of the original to try it. On second thoughts, no I wouldn't.

Presentation 52%
A few standard options and the title screen looks as though it's only there because it has to be.

Graphics 59%
Decent backgrounds but there's naff all good about the sprites.

Hookability 30%
As soon as you hear the title music you know it's going to be rubbish...

Overall 39%
Yet another poor arcade conversion of Bomb Jack - the game much be doomed!

A seriously sub-standard conversion... I expect much much more than this from the Amiga. 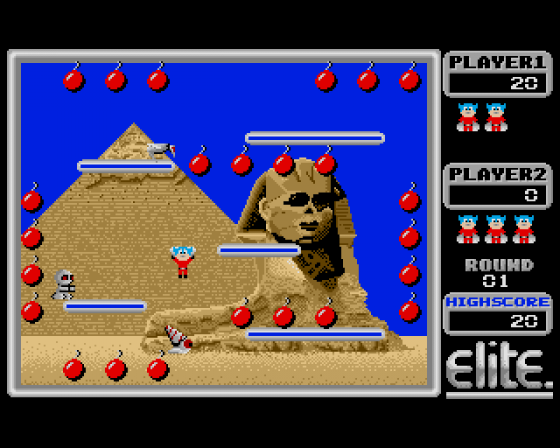 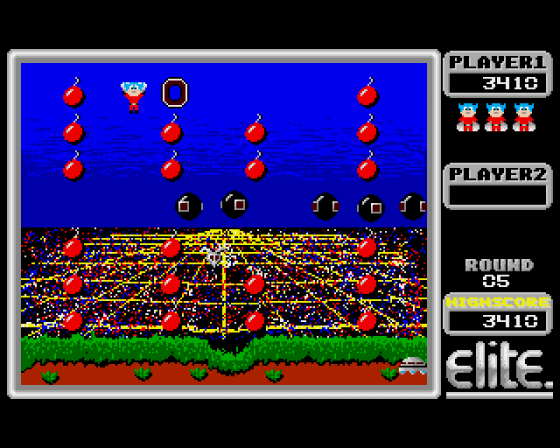