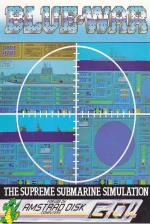 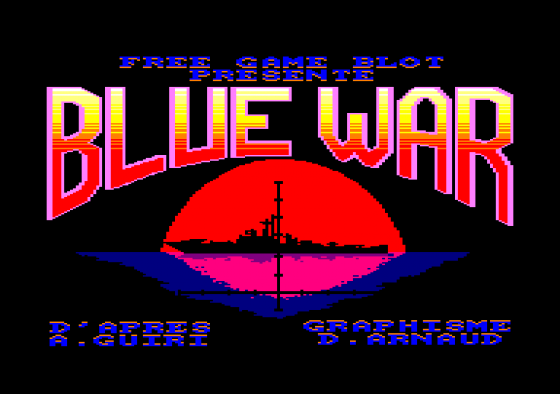 Not many submarine simulations hit the market, but if it's a simulation, you can be sure it's me that gets to review it. I don't mind really, especially when they are on a varied theme like this one. Well done to Go for being brave enough to try this one.

You control a U39 submarine and its crew of 35 men. It is wartime, and your mission is to patrol the waters in search of enemy craft. As in all walks of life, your eventual aim is to reach the top of the promotional ladder; in this case, Admiral.

There are eight main rooms in the submarine. An icon menu at the bottom of the screen allows you to go to each room. The screen is divided into two sections. The first section shows the view inside the present room. This would be the view from the front of the ship when in the Control/Operations room. The second section of the screen shows the status of the ship and which functions you can use in this room. In the Control room, this would show all the functions, from manning the pumps to firing torpedoes. 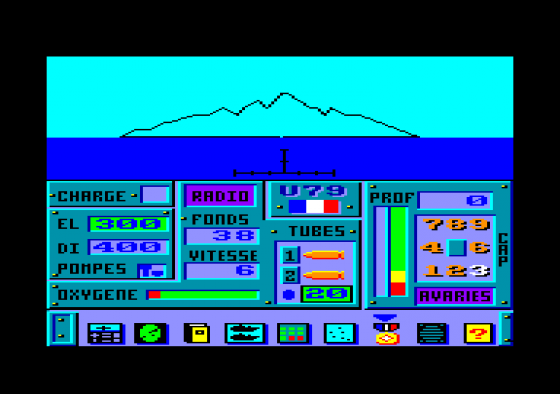 You can choose from diesel or battery engines. If you dive below the surface while using diesel engines, the engine compartment will flood and the submarine will stall. You must then switch to the battery engine and start the pumps. Some damage will be shown on the damage report, but this will soon go as you keep pumping out the engine room.

The other rooms are the radar room, the log room, the records room, the engine room, the map room and the Radio room. Every now and then, a message will come over the radio telling you of ship movements spotted by a scout plane. To view this, you must go to the radio room.

In combat, you must try and fire your torpedoes at the enemy ship before it has time to fire its guns at you. If you succeed in shooting it, a poxy little explosion will appear on the screen horizon and the ship will disappear from view. 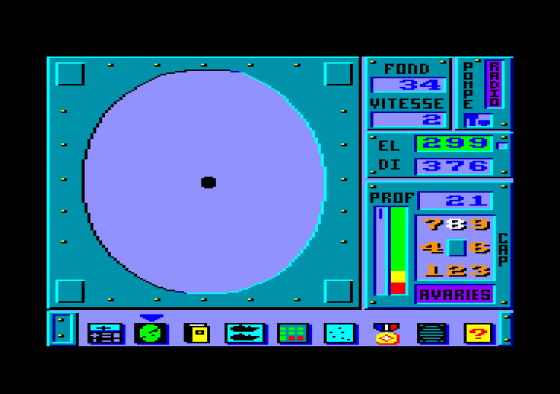 Not a bad simulation, but lacking in finesse. The drawing of the enemy ships is slow, and there is an annoying delay when trying to go from one room to another. Apart from that, and the fact that enemy ships are drawn in outline only, graphics are not bad. The use of colour is good and the map shows a lot of detail. Sound effects are not brilliant during the game, but there is a nice sound effect just after loading. Definitely one for my simulations collection, but for excitement I would stick with a shoot-'em-up.

Sub simulations have been tried before, and I'm afraid to say that this does not change my opinion of them. They are over-complicated and lacking in action. The whole point of submarines is that they cruise around for days, weeks or months doing absolutely nothing, pop up for five minutes to sink a ship and then disappear again. This is not a good thing to base a game on now, is it? 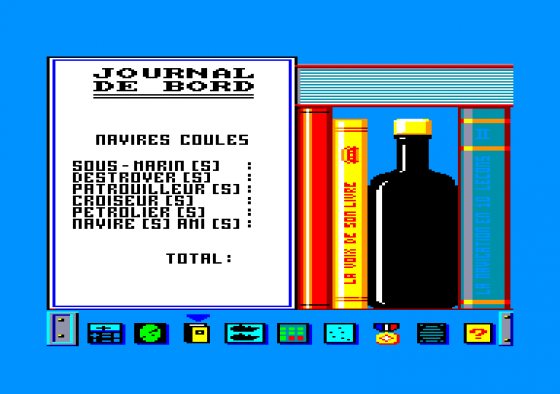 Grab Factor 58%
P. Easy to get straight into the action.
N. Delay in accessing functions

Definitely one for my simulations collection, but for excitement I would stick with a shoot-'em-up. 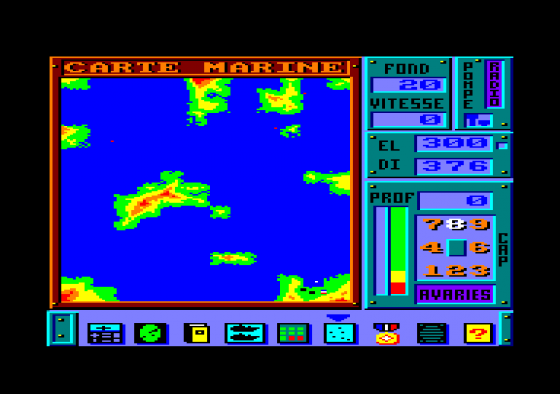 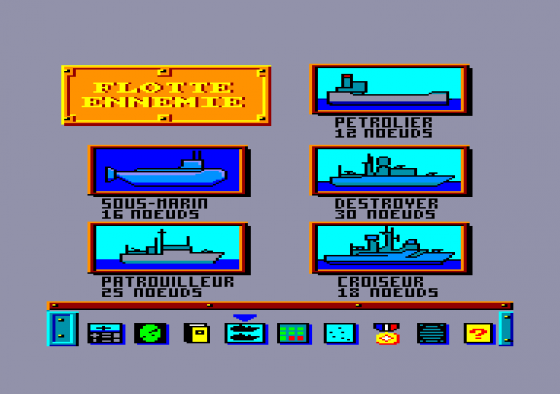