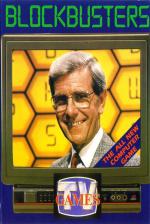 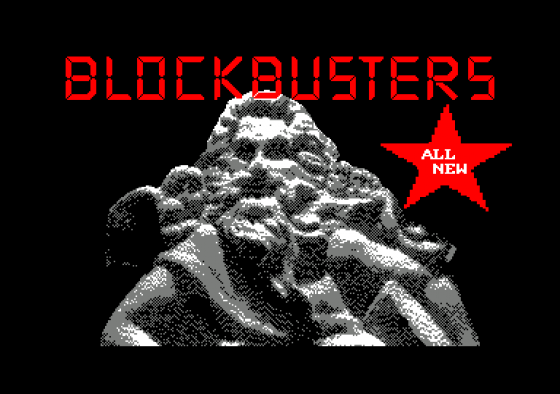 This is not the first time that the ITV quiz show has turned up on computer. It originally came out a long time ago from Macsen. The game has been redone with improved graphics and both the normal game and gold runs rolled into one package.

The game is designed for two players or teams, but it can be played solo. The quiz show is hosted by Bob Holness and the computer game has a small picture of him at the bottom right of the screen. If you don't want him looking at you while you play then you can turn him off.

There are two stages to the game: a two player stage (or one player against the computer) in which you have to form a chain horizontally or vertically across a grid of 20 hexagons, and the gold run. To win a hexagon, you need to answer a question correctly. Answers are typed in from the keyboard and the program will sometimes give you the benefit of the doubt with spelling.

In the one player game you have a time limit in which to answer the question. If you run out of time or get the answer wrong, then the computer gets the hexagon. The first player to link from edge to edge will win the game. When one player has won two games, he goes on to a gold run.

You may recognise the tune that's played in the game, since it's from the TV show. It's played well, but the rest of the effects are poor. Graphically it's very boring and the choice of colours is bad.

As a two player game it's quite good, but the one player game is a little boring. The time limit on the gold run is too short and this tends to irritate.

I don't know what possessed them to re-hash this old thing. It's not much different from the original and adding a digitised piccy of Bob "I'll have a P please" Holness doesn't make it any better! As quiz games go, it isn't too bad, but that isn't saying much.

It doesn't look any worse in green than it does in colour.

Graphics 37% P. Nice little picture of Bob. N. Pity about the rest of the graphics.

Sonics 48% P. The tune is pleasant. N. Other sound effects could've been better.

Grab Factor 51% P. As a two-player game it's fun. N. One player game has less going for it.

Overall 47% Little better than the original.

As a two player game it's quite good, but the one player game is a little boring. The time limit on the gold run is too short and this tends to irritate. 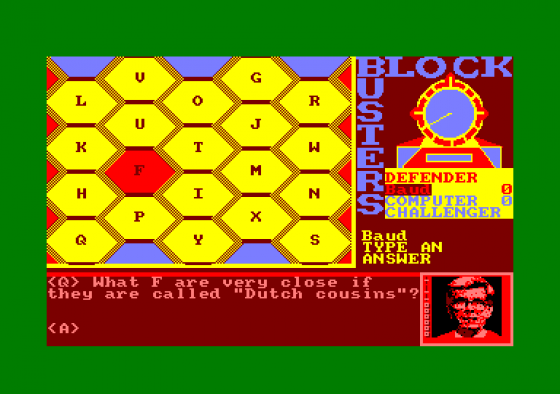