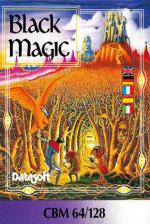 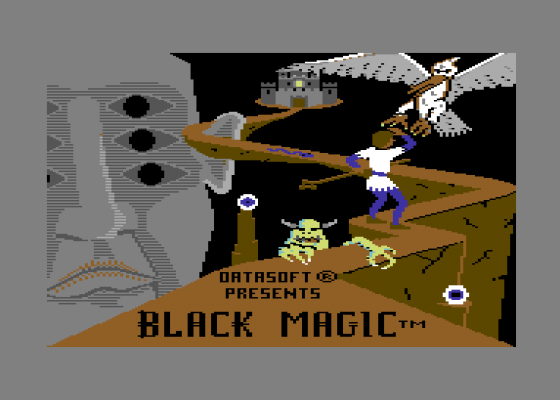 The kingdom of Marigold has been under the thumb of the evil Red Warlock Zahgrim for too long. Hideous demons roam the streets while good citizens cower in their homes, afraid to venture forth. Luckily there is a hero, an apprentice willing to take on the might of Zahgrim and banish him from Marigold - that hero is you. To achieve the task, the six magical eyes of the former good King Anakar must be found

and replaced in a large stone statue buried deep in the caverns of Marigold. These eyes are scattered throughout Marigold, so the quest is an arduous one.

The adventure takes place over a large multi-directionally scrolling platform landscape. The hero starts the mission at the top left hand corner of the map and explores the surface and the huge underground complex to find the six eyes. 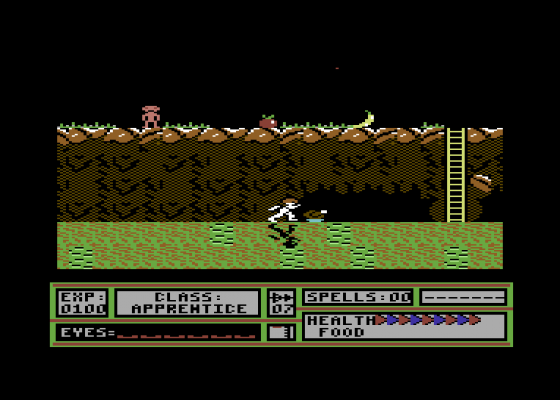 Throughout the quest, Zahgrim's minions, including demons, bats, ogres, ghosts, giant monsters and fire-spitting plants attack at every opportunity. Contact with one of these (or their deadly spittle) reduces the hero's health, represented by a diminishing bar.

All is not bad though, and extra food and arrows are picked up to increase chances of survival. Spells are also discovered and can be used to help in times of extreme duress. When the mission starts, the hero is ranked an apprentice and is only able to cast two types of spells - a minor tele-transportation spell called blink, and vanish, a limited invisibility spell.

However, as creatures are killed and objects and eyes picked up, experience points are gained. When 3,000 experience points have been collected, the hero is ranked a wizard and is capable of freezing both water and any creatures which come in his path. Next is the rank of Sorcerer, capable of conjuring fire, extra health, food or arrows and finally the ultimate status of Necromancer, where fear and bolts are added to the already stunning array of weapons. When this status is reached and all six eyes have been collected, the statue can be approached and Zahgrim finally defeated - but it's a tough task! 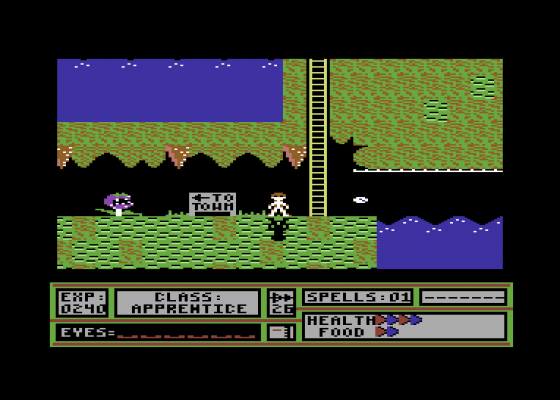 When playing this, I was reminded of Capcom's Ghosts 'N Goblins, especially with the style of the backdrops. The gameplay is quite addictive, and the desire to find all six eyes is very strong indeed.

There are plenty of hostile creatures to contend with, and sometimes the enemy are so numerous there aren't enough arrows to deal with them all! Black Magic is a fast little blast, and well worth casting your eye over for a spell.

The old proverb, 'don't judge a book by its cover' holds very true here, as at first Black Magic looks a right load of codswallop. 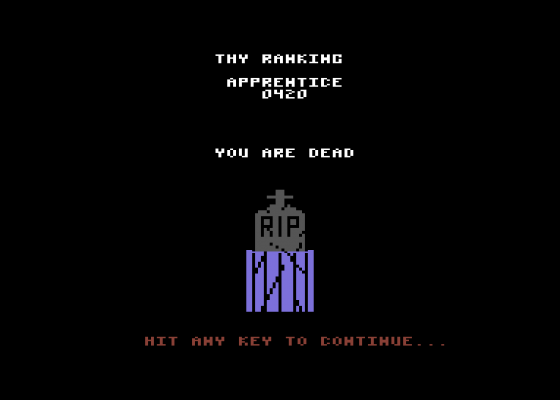 The sprites are inept and the backdrops are nothing to write home about - it even sounds grotty, with nothing but crude effects to generate an atmosphere.

But, Black Magic is extremely playable, and throws down a pleasureable and addictive challenge that should keep even the most adept of arcade adventurers amused and perplexed for some considerable time.

Progressing through the RPG-type status is a challenge, and collecting the six eyes really takes some doing. I've spent a lot of time playing this, and thoroughly enjoyed every moment - if you're a keen arcade adventurer, I think you will too. 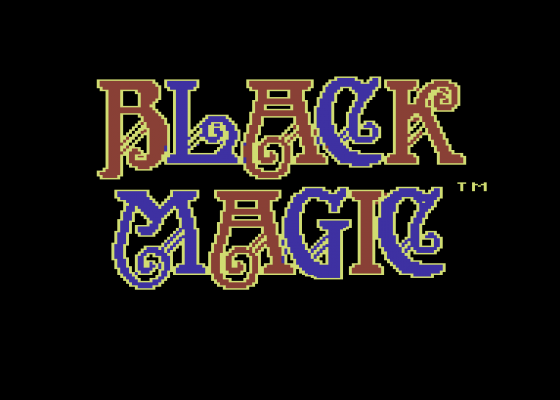 Although Black Magic looks like it was designed by a committee of chimps, the game itself actually plays really well, falling half-way between an RPG and an arcade adventure.

There's enough depth there to satisfy most would-be cave-dwellers, and as progress depends heavily on the items collected and the efficiency with which you despatch your foes, each game is sufficiently different every time it's played.

If you're an arcade adventure hankering for some action, you can't really go wrong with Black Magic.

Presentation 71%
No title screen or options, but thoughtful in-game layout.

Lastability 83%
Plenty to keep an avid player adventuring for some time.

Overall 77%
Although looking and sounding awful, this is a highly enjoyable and challenging arcade adventure.

Although it looks and sounds awful, this is a highly enjoyable and challenging arcade adventure. 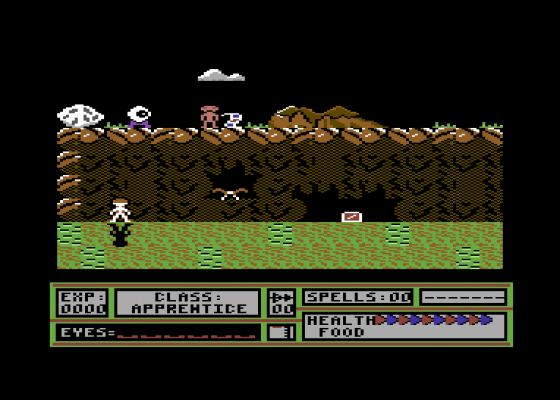