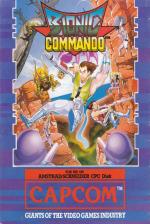 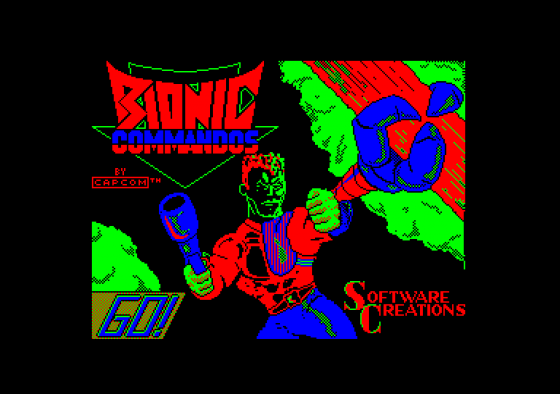 Once upon a time there was a nice little planet inhabited by happy people. One day some aliens come along and lay waste to the planet. Ten years pass and the aliens manage to create a doomsday weapon to erase humankind from the planet forever. The doomsday missile must be deactivated and only the elite unit of bionic commandos can do the job.

Each stage is made up of many inter-connecting platforms and is swarming with enemy troops. Some areas are also mined and occupied by bees with a stinging tendency. Later levels have cannon, suicide troops and giant robots that all have the same idea: to kill you. Movement between platforms is achieved by extending your bionic arm towards the platform in question and then pulling yourself up. 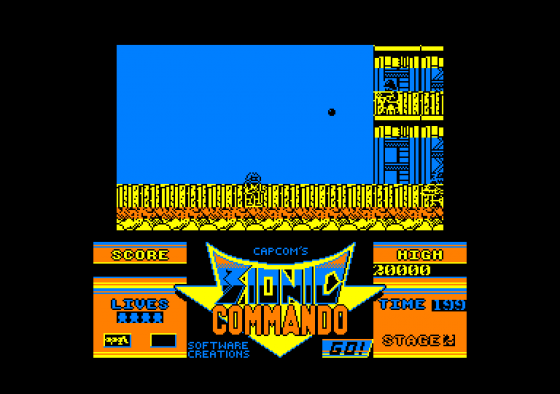 Anyone with a colour monitor will instantly think that there's something wrong with it, but they'll be wrong because the game really is in green and black. In subsequent stages, the two colours change, but it's still bad having only two colours. The graphics in general are poor and the scrolling leaves much to be desired. Sound is just a mixture of crude explosions and shooting effects.

There have been games in the past looking distinctly like a straight port from another Z80-based computer that shall remain nameless. This one in particular looks terrible. Graphics like this should have died out years ago and the gameplay leaves a lot to be desired too.

Bionic Commando - the fast game for the colour-blind! Sarcasm apart, the game does have a certain quality and I found myself playing it quite a lot. I daresay that over the medium term (next Wednesday) I'll lose interest. 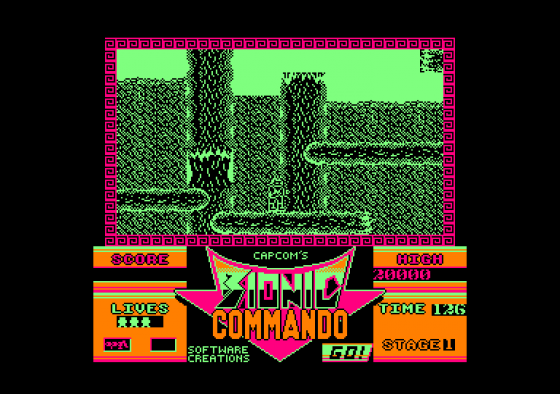 Graphics 24%
P. Animation is done fairly well.
N. Where has all the colour gone?

Grab Factor 45%
P. Doing tarzan impression while hanging by an extended arm is the most enjoyable part of the game.
N. Frustrating when you die in an unavoidable situation.

Staying Power 36%
P. Stages are difficult, but not impossible to complete.

Overall 39%
P. On the one hand you get Heroes Of The Lance and on the other you get *this*!

Doing tarzan impression while hanging by an extended arm is the most enjoyable part of the game. 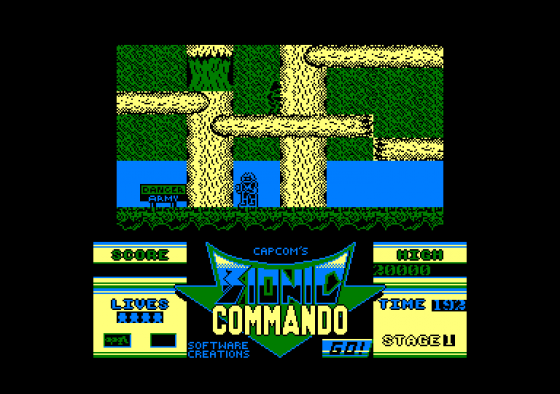 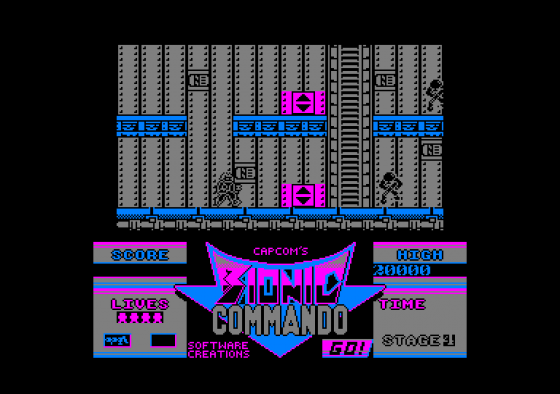