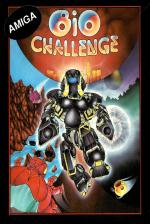 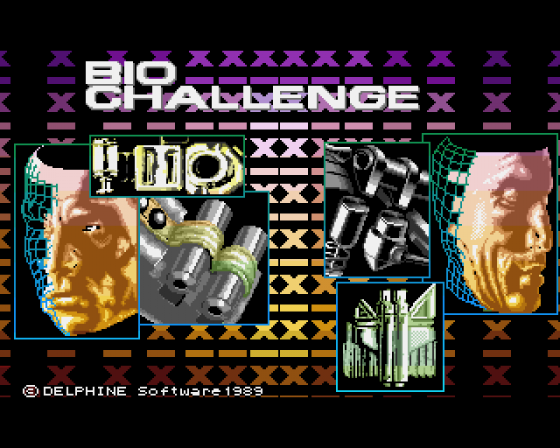 At last - it's the game you've been waiting for, where rival soap powders battle it out for control of the universe. No, only joking - Bio Challenge may not involve some cosmic equivalent of Nanette Newman on a cleaning mission to the stars, but it will certainly clean the cobwebs from your ears with its mind-numbingly good music.

Palace's French-produced package comes from a company apparently better known for putting out records than games, Delphine. You can tell from the continuous soundtrack, which is the most impressive selection of funky beats I've heard for a long time; thrashing drums, snappy basses and enormous orchestration. Fortunately, the rest of the game does not plummet below that standard; it certainly takes full advantage of the Amiga's graphics abilities, as well as its sound.

Like Thexder and many more before it, Bio Challenge revolves around the adventures of a humanoid robot - I saw "revolves" deliberately, because one of the robot's best tricks is leaping into the air and whirling around like a demented top. The steel-bodied machine actually has the brain of a man - your task is to test the body, which is the last chance to save the genetically-degenerate human race. 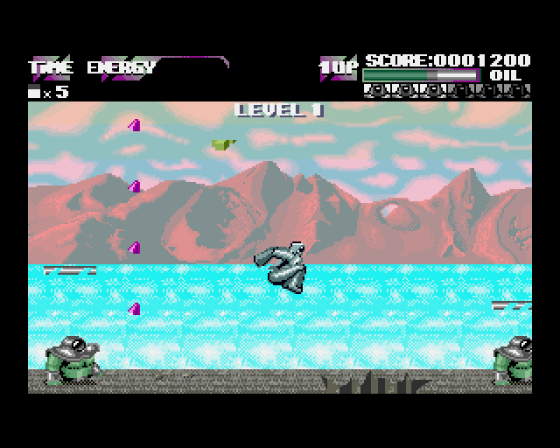 Against a series of gorgeously-detailed parallax scrolling backgrounds showing strange and devastated words, the K.L.I.P.T. (Don't ask what it stands for - I got stuck trying to work out the "K"...!) must survive through six levels, each containing a number of different planets. There's a progressively shorter time limit on each level; on the first a generous five minutes allows you to experiment with the K.L.I.P.T. controls.

The excellently-animated humanoid can be made to run, leap directly upwards or diagonally, crouch, climb up and down from platforms, somersault, and pick up oil supplies, pieces of amulet and machinery. At the start of each level is an energy sphere where you must store the pieces of amulet to be found on the planet; but to find the pieces you must destroy the various gicky monsters. The best way to do this is to jump on charged platforms, which fall on the aliens from a great height; personally I'd much rather shoot them, but it's just not that type of game. Smaller flying creatures can be eliminated by spinning through them, and in later stages these become lethal weapons when activated by your special red armour.

Mysterious cauldrons containing bonuses such as extra time, life, fuel or special armour, appear at fixed positions; this is where a bit of mapping comes in handy. It might also help you to avoid the deadly crevasses over which you must leap, and the larger gaps which are too wide to leap.

Jumping into a colour-coded transporter symbol whirls you to another planet. This resets the platforms on the planet you leave, allowing you to return there later to complete any unfinished business with the aliens. When your task on each level is complete, you must face the Guardian. Some of the huge, sluggish Guardians are horrifying; others, like the fierce haddock on level two, are just a tad silly. Still, leaping into the air, changing into a floating airborne cannon, and waggling around to avoid their missiles while shooting them to bits (without running out of ammunition) is enough to keep your attention engaged. Hit a Guardian where it hurts for times and it disintegrates prettily, allowing you to move to the next.

There's a two-player mode in which you take alternate goes. Bio Challenge is pretty engrossing, despite the lack of much variation in the gameplay, and some intensely tedious disk-loading pause between levels. The brilliant music, sampled speech, human-to-humanoid conversion graphic routine and truly different gameplay make it well worth seeking out. But if only there are a bit more shooting...

Fabulous music, unusual gameplay and exotic graphics make up for a basic lack of variation in the gameplay. Addicts of arcade adventures with the accent on tactics rather than the trigger-finger should find this a challenge worth meeting.

Fabulous music, unusual gameplay and exotic graphics make up for a basic lack of variation in the gameplay. 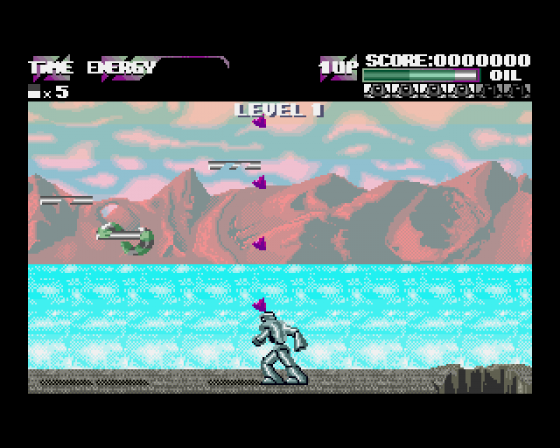 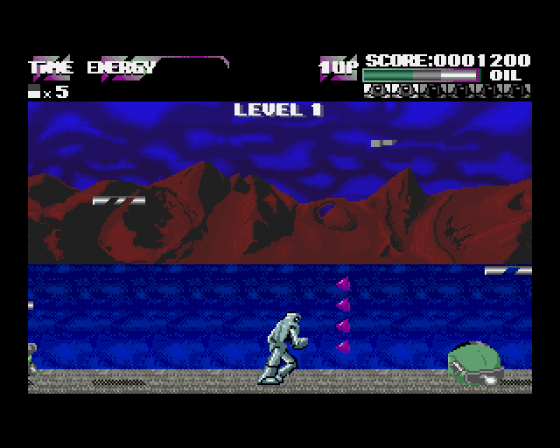 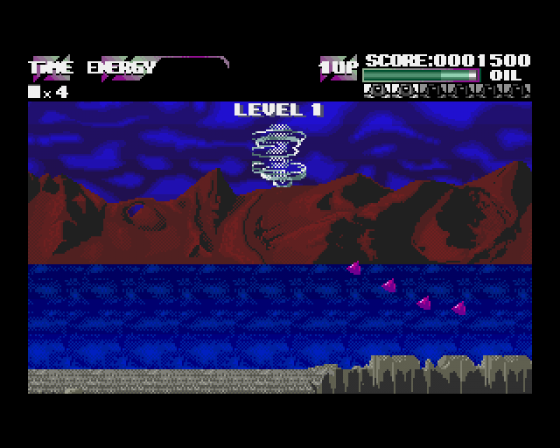